How is mathematics applied in other subjects? This was the question answered by the talk that had more than 213 thousand viewers.

By Entrepreneur en Español December 8, 2020
This article was translated from our Spanish edition using AI technologies. Errors may exist due to this process.

Julio Alberto Ríos Gallego, the “youtuber” better known as “Julioprofe” broke the Guinness Record for the online math class with the most viewers in the world where he gathered 213,568 people.

The Colombian professor spoke about "mathematics applied to other subjects" in collaboration with the Ministry of Education of Jalisco , in Mexico, which was in charge of organizing the event through its YouTube channel. 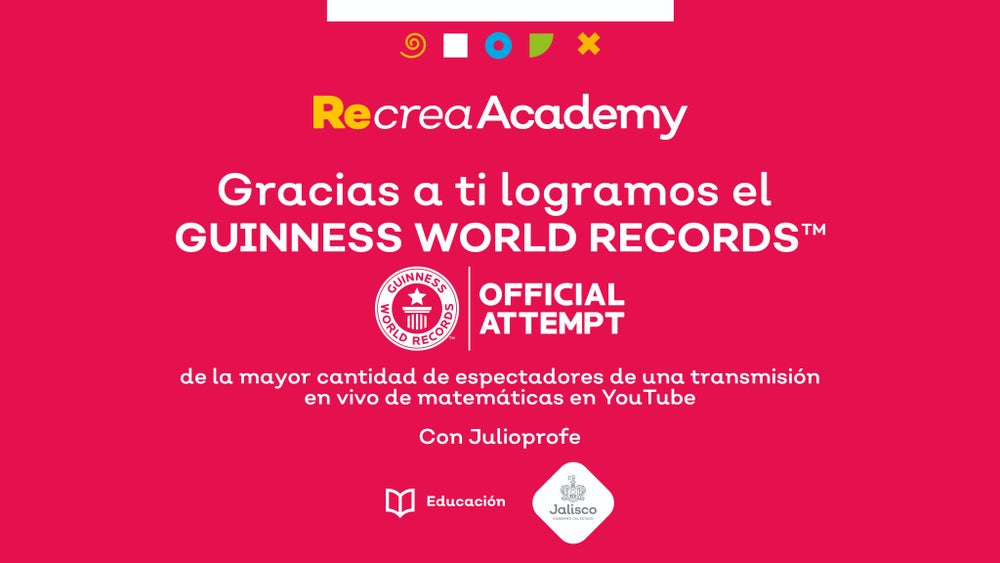 The goal needed to break the record was 1,600 participants. However, the class of the engineer far surpassed her. The teacher explained how they apply mathematics in subjects such as music, social and natural sciences, among others.

Ríos Gallego is a civil engineer, specialist in university teaching, and has 4.39 million subscribers on YouTube, where he explains exercises and problems in mathematics and physics.