The disappearance of one of its characteristic elements is affirmed, which is the curved screen.
Next Article

Entrepreneur en Español
Entrepreneur Staff
December 18, 2020 3 min read
This article was translated from our Spanish edition using AI technologies. Errors may exist due to this process.

Although the exact date of the launch of the Samsung Galaxy S21 is not yet certain, rumors have been heard that they have decided to advance the presentation of the new devices, sounding as a tentative date on January 14, 2021.

Categorized as the most basic of the aforementioned models, it appears to have a completely flat screen, according to what is observed in the leaked images. The frames appear to be fully symmetrical and the screen perforation is in the center.

As for the back, the design is totally discreet with the brand's logo on the bottom site. The cameras are located in a module protruding from the body in the upper left corner. This design is shared with its other two peers. You can see three lenses for its three sensors and the LED flash embedded in the body, which is positioned outside the module.

The buttons are on the right side of the device and as for the fingerprint reader it is embedded in the screen as in past generations.

According to the images shown by Evan Blass, there are four colors available for the Samsung Galaxy S21 5G: black, white, purple and pink. 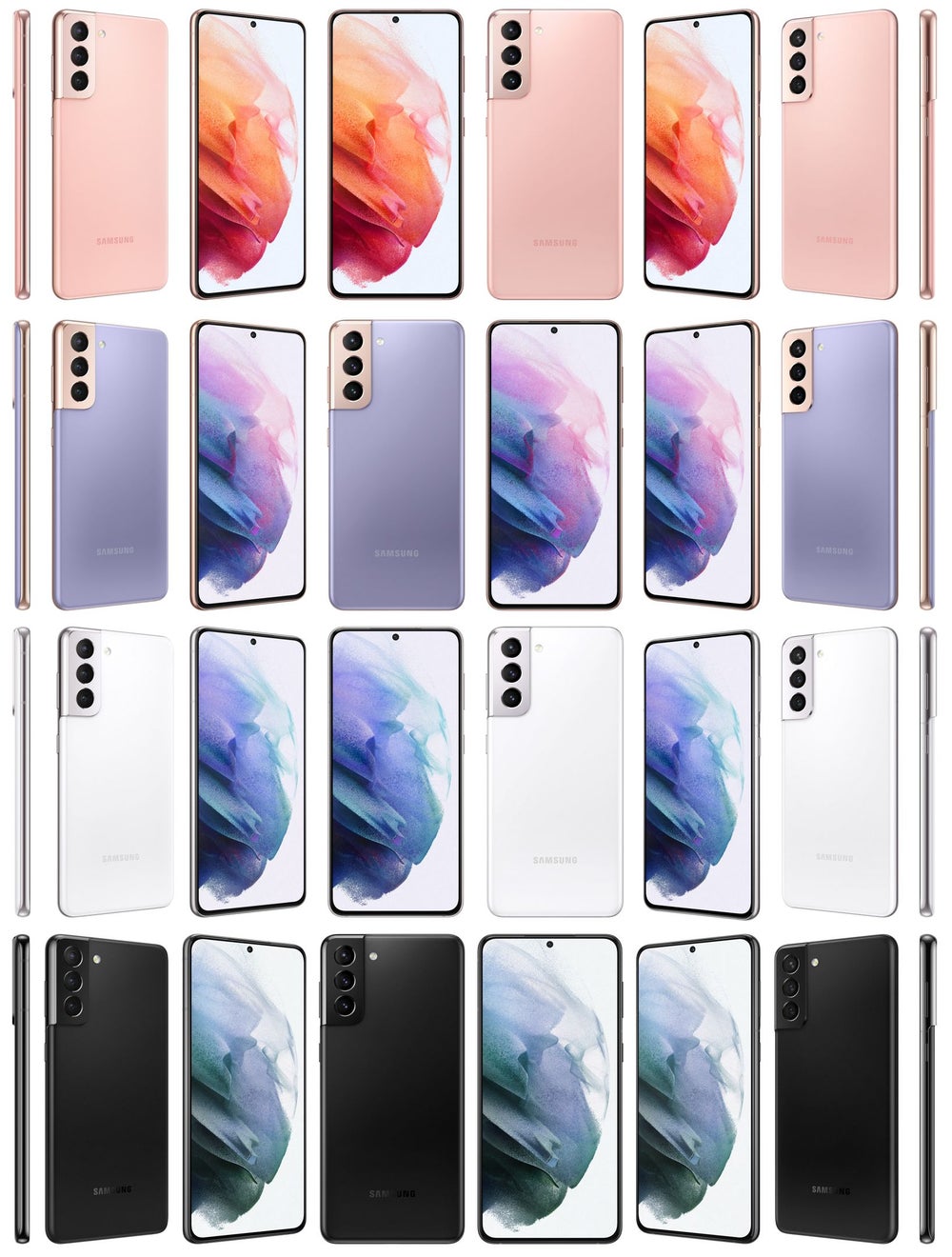 In this model we can see a design that is too similar to that of the Samsung Galaxy S21 5G, but with the difference in colors. We have the same screen, perforation and the indication that it will have a flat panel.

At the back, there is the same arrangement with the camera module, which is still triple. Resolutions change, but physically they look like the same phone. There will be a new color in the S21 + or S21 Plus versions. The white and pink models will go, a new version appears in light gray with the silver camera module. 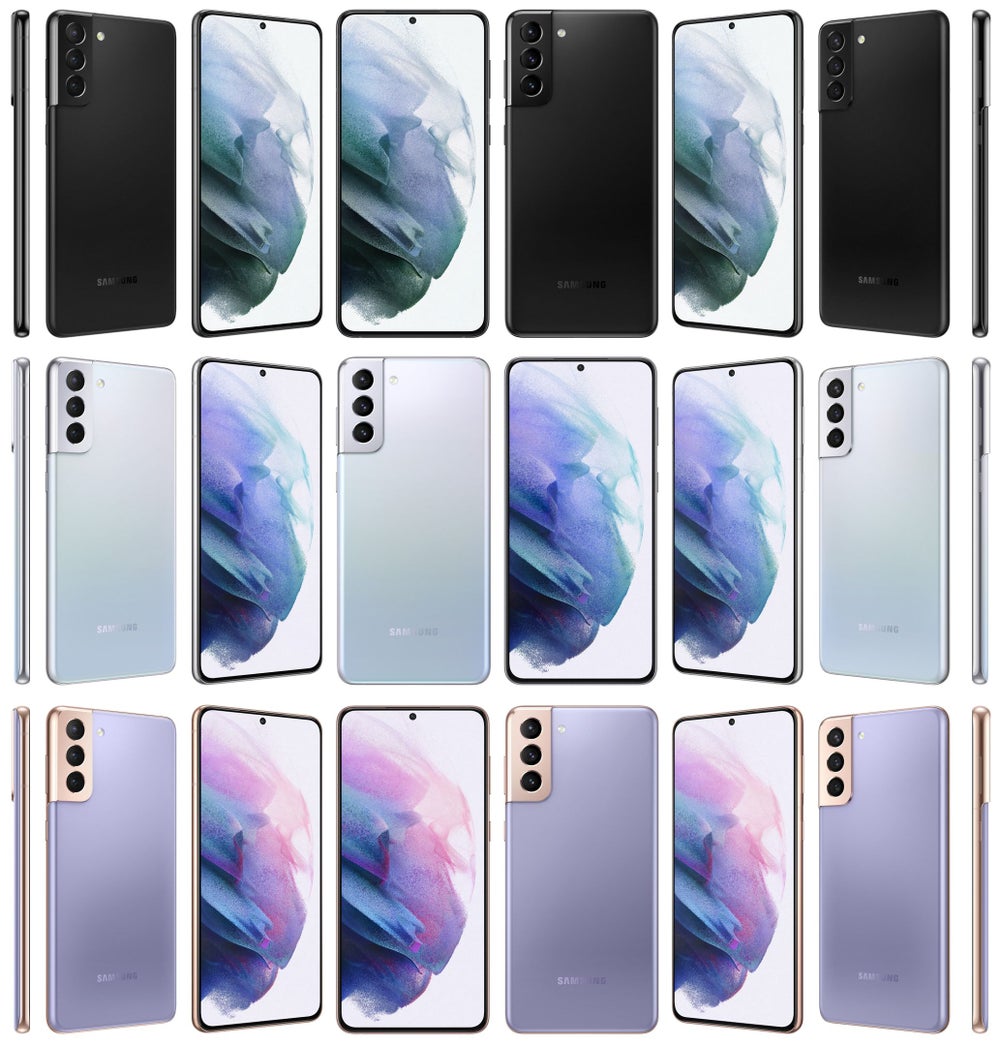 Although the images do not appear very clear, it seems that the front part would be the same as the previous ones. In this case it contains five sensors, with an LED flash embedded between the two cameras on the right. In the left module there is a first column with three large lenses and in the right there are two smaller lenses.

Regarding the colors, everything seems to indicate that there will be two options, the black color with the black camera section and the gray version with the silver module. 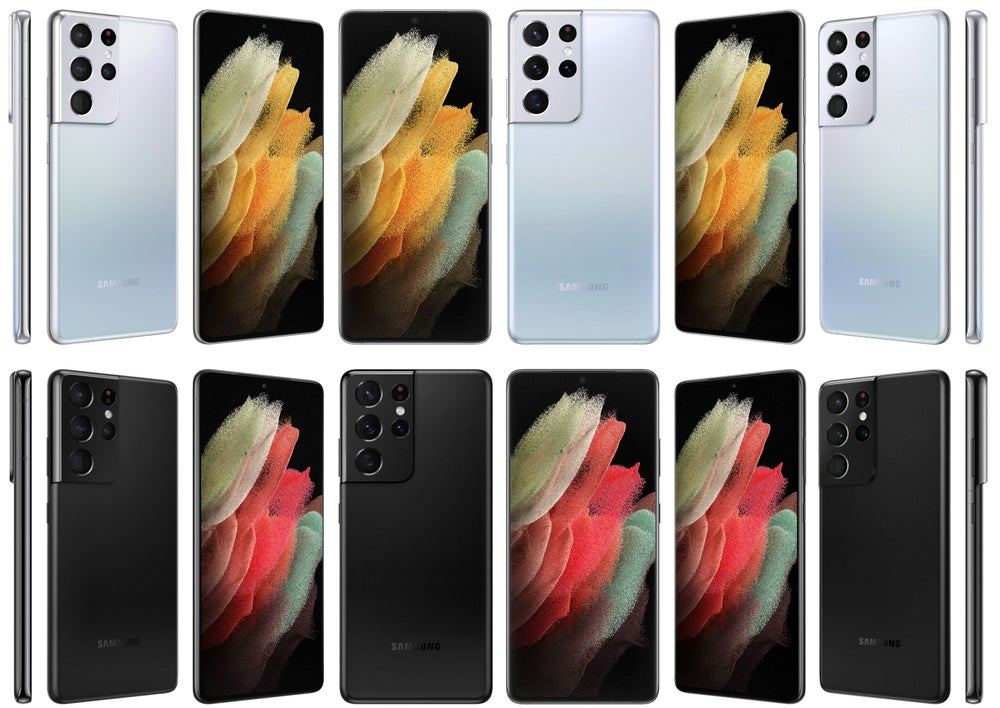 This Samsung Refrigerator Suggests Recipes, Plans Your Diet and Even Does Grocery Shopping