SpaceX Makes Its Last Launch of the Year Successfully

By Entrepreneur en Español December 19, 2020
This article was translated from our Spanish edition using AI technologies. Errors may exist due to this process.

This Saturday, SpaceX launched a Falcon rocket into space with a spy satellite classified by the National Reconnaissance Office, departing from Cape Canaveral, in central Florida in the United States, this being its last launch of the year.

The mission known as NROL-108 had been canceled last Thursday due to technical problems, however, on December 19 it was successfully carried out at 9:00 local time (14:00 GMT) from platform 39A of the Space Center of Kennedy of NASA. The release was streamed through his YouTube channel.

Entrepreneur Elon Musk's company indicated that this time "all the systems and the climate were fine."

Both the mission and the capabilities of this class of satellites are strictly classified. The target, orbit, size and other characteristics of the device have not been publicly reported. 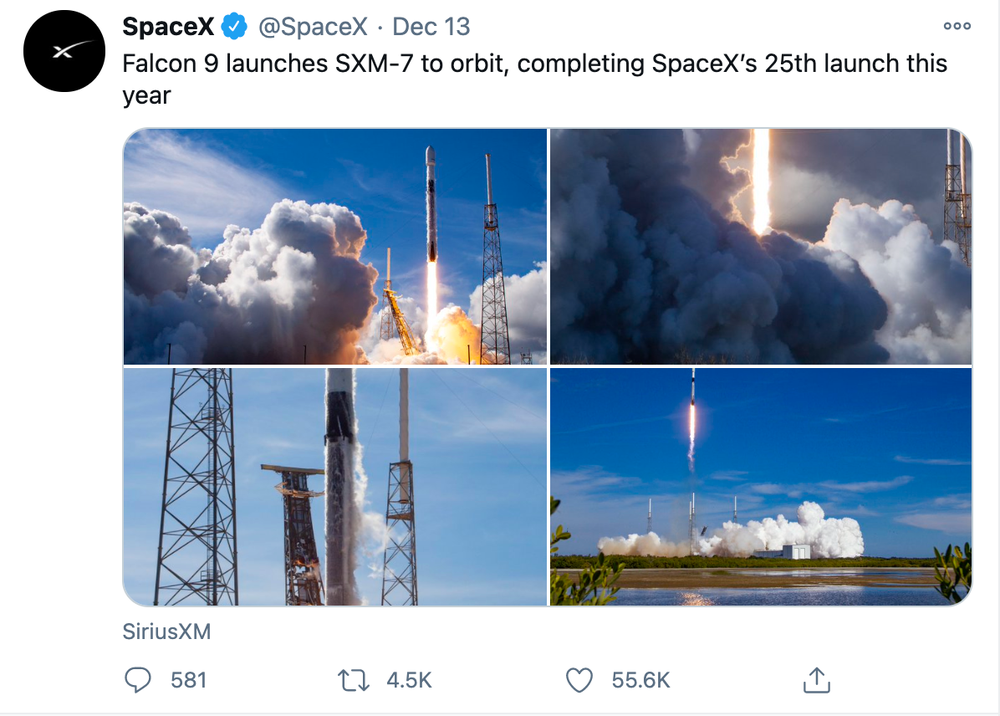 On Thursday, the launch had been delayed momentarily due to weather problems and once the above was overcome, the countdown was stopped, less than two minutes before taking place. The company commented that it was necessary to observe the data "in more detail" and indicated that the Falcon 9 rocket and the NROL-108 mission were still "healthy", as observed this Saturday.

The first phase of the Falcon 9 had flown before, including two previous SpaceX commercial refueling missions to the International Space Station (ISS). 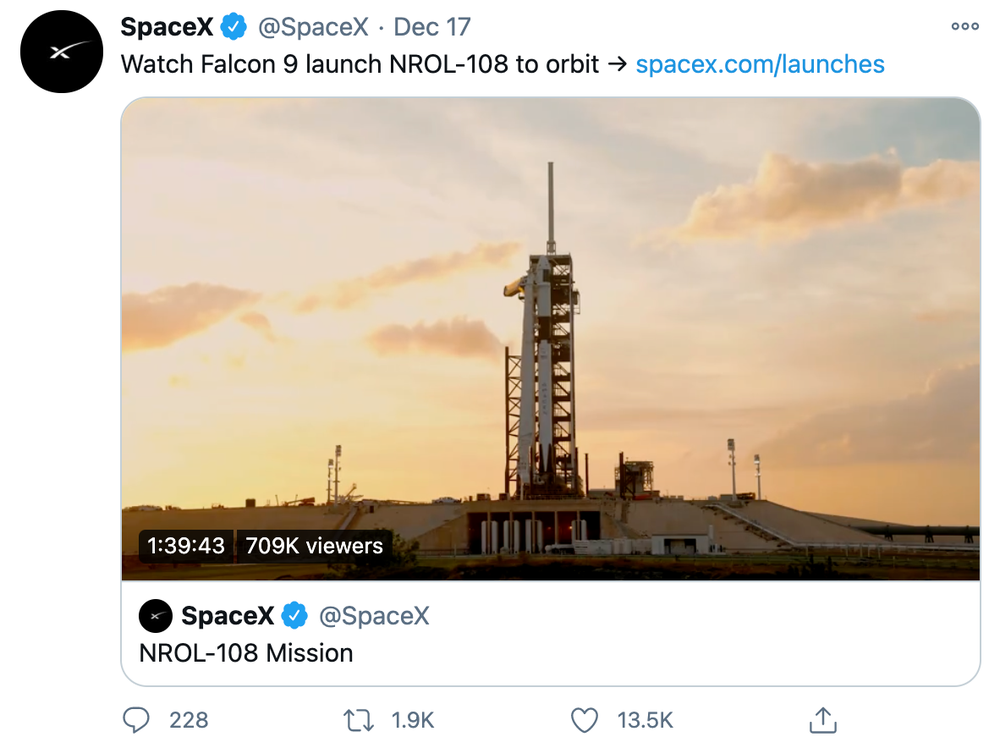 To know more: VIDEO: This is how the prototype of the SpaceX spacecraft exploded on a landing

Elon Musk Writes SpaceX Production Crisis Means Possible Bankruptcy: 'We Need All Hands on Deck to Recover From What Is, Quite Frankly, a Disaster.'