7 Tips to Overcome Fear of Your Boss

A chief person is someone who has generally been appointed by the top of a company or organization.

By Daniel Colombo March 1, 2021
This article was translated from our Spanish edition using AI technologies. Errors may exist due to this process. Opinions expressed by Entrepreneur contributors are their own.

Although this is talked about a lot in terms of leadership , the truth is that there are still many more bosses than leaders in all its dimensions.

A head person is someone who has generally received his appointment by the top of a company or organization, and who, in cases of applying bad practices, bases his power on verticality, on giving orders and directions, on rigor and in the duality of reward or punishment.

In this way, the leadership bond that is exercised is based on obeying and complying, because, if not, there are consequences. In fact, they rarely talk about "us" and "team" and focus a lot on the "me" and that their people are a "group".

On the other hand, those who are leaders aspire to motivate, inspire, accompany, guide, teach and develop the talent with which they live in teams. They may have been appointed by the company, although those who finally validate their leadership are the people, the central axis of their daily activity. The ultimate goal is to create new leaders: not to have a legion of followers, as bosses tend to like.

A trigger for people who are afraid of those who are bosses has to do with fear of authority. We are talking about levels of emotion that disable them to feel comfortable and perform effectively, and when that is sustained over time.

Possibly any figure that, for them, represents or relates to power in their imaginary will produce a series of emotional manifestations ranging from mild to severe. For example, when a superior calls the person to a meeting, they become restless, have palpitations, sweating, anxiety, and I have even seen them cry, both women and men. 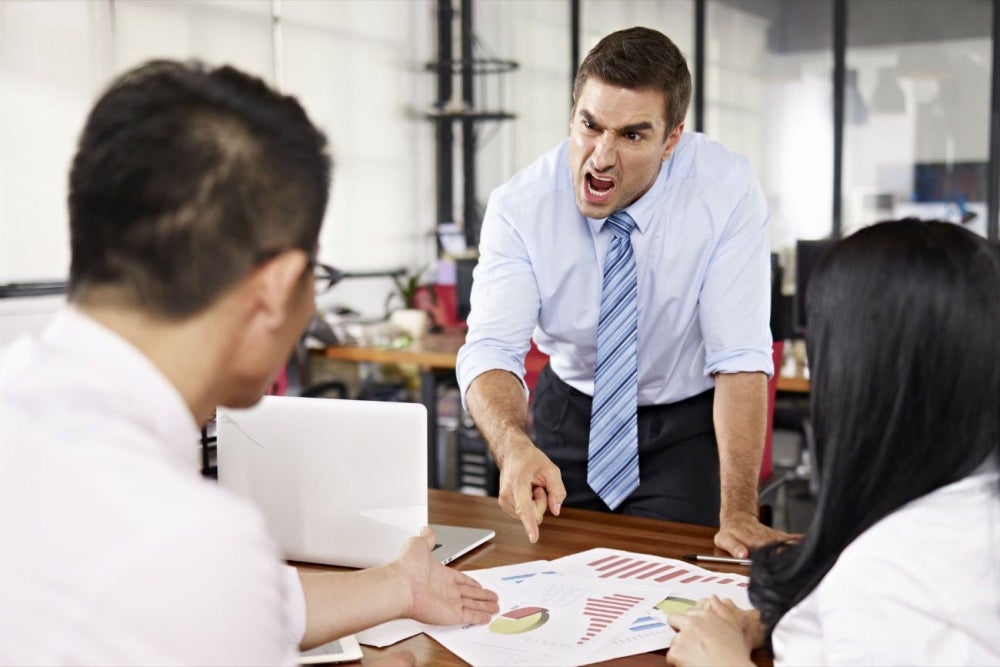 The fear may arise from their emotional instability, or because the leader activates some internal triggers that produce that internal fear. For example, haughty, arrogant, dismissive, and overbearing personalities often generate intimidation in certain types of people.

Another important aspect is not to confuse fear with respect , an essential value in human relationships. It is highly recommended to treat yourself with respect, although if that produces fear or fear, you will not be able to establish the employment relationship you are looking for.

7 tips to overcome fear of the boss

Beyond the particular conditions of each person and the experiences they have lived, fear goes against the objectives of any organization, simply because it is a limitation that severely cuts off the potential of the talent available.

People who act with fear limit their performance, they are clumsy, forgetful, they live fantasizing not to make mistakes - and that is precisely what makes them fail frequently.

If they are also frightened by inappropriate tones or calls for attention, it will be necessary to observe on both sides the conditions and the existing climate for what this occurs.

We always need to bear in mind that there is so much responsibility at the leadership level, as in each member of the company that gives rise to this type of behavior that causes fear.

No abusive behavior, such as manipulation, verbal and physical abuse, subjugation and neglect should take place in the work environment.

In addition to talking to your boss about how you feel if this is possible, these 7 tips will help you overcome your fear of the boss:

1. Do not allow abuse

As much as it is an authority figure and fear may invade you, never allow the limits to be crossed. Saying “no” on time and appropriately is the best thing to do.

2. Improve communication with your superior

Part of the issue is to streamline the way you work with the person in charge, who surely has his or her own particular ways. You can achieve this by learning to express your ideas and needs assertively and clearly.

3. Take advantage of the time you spend with him or her

Many times people miss opportunities to deepen the work relationship with superiors because they do not bother, prejudice or, simply, out of fear. If the person is distant and cold, there are still ways of approaching. I recommend doing it not from a fake and false perspective, but from your authenticity. For example, if faced with a problem that arises you are told that you have done your job wrong, instead of regretting it, look for the best way to express your point of view.

4. Seek to see things from their perspective

There are positions that involve responsibilities, dedication and complexities that may not be understood at the level of an employee. It is not about justifying the bad actions of the person in charge, but rather about empathizing and trying to understand why the person acts the way they do. This information is valuable as a tool to improve your relationship with him or her, at least on your side, and that it affects you as little as possible.

5. Cooperate and do your part

We are in a time where committed and loyal people are sought, and who identify with the values of the jobs. One way to maintain focus on your career development, beyond the fear of your superior, is to express your desire to grow, the will and motivation to overcome obstacles, and the necessary emotional balance so that you do not wear yourself out in the process. . The best way is by showing it. This does not mean that with this you will eliminate the fear that you may feel in your relationship with the management, although you will keep a focus on more contributory forms within working time, and you will not be in suspense in your work hours.

6. Listen more than you talk

This is a game that people in charge love. As they tend to have insecurities of different kinds, having some people who listen to them, especially if you can learn from them, is pleasant for them. The suggestion is that you focus on listening and decoding what the person is trying to say, and that you also learn to read their non-verbal language, what they express with gestures. Far from being a submissive behavior, it will make the person lower their decibels and you can gradually overcome the fear you felt, and even create a suitable space to tell them and solve it together.

7. Do not go over the boss, and always move through the formal channels

When there are situations like fear, some people think that "bypassing" their superior is the way to solve it. The truth is that this will make the situation worse. I suggest that you always seek to solve the issues at the same level that they have been generated and with innovative alternatives.

On sensitive issues, prepare the meetings with your agenda, do not be hostile to the hostility of the other person, and always treat all people with respect; even with those whose behavior leaves much to be desired.

So it becomes clear that the fear is yours and you need to take care of it. Appropriate psychotherapy or professional coaching conversations can help you.

What you need to choose is the best strategy to overcome it and transform it, as much as possible, into an experience that is as pleasant as possible for you. And, faced with extremely difficult and toxic cases, there is always the alternative of undertaking new career paths.

Shake Shack Stock is Asking to Be Bought