Mastercard is organizing a session for women entrepreneurs who seek to adapt to the challenges brought on by the pandemic.
Next Article

Entrepreneur en Español
Entrepreneur Staff
March 11, 2021 4 min read
This article was translated from our Spanish edition using AI technologies. Errors may exist due to this process.

In Mexico and around the world, women have been disproportionately affected by the COVID-19 pandemic. Although only 39% of global employment is occupied by women, they accounted for 54% of the losses, data from McKinsey & Company reveals.

The World Bank (WB) lists this as the worst recession since World War II. It also warns that, around the world, $172 trillion is being lost due to differences in lifetime earnings between women and men.

In these circumstances, the need to reduce the gender disparity becomes even more acute, as a path to recovery is sought and the forecasts are not entirely promising. According to the Mastercard Index of Women Entrepreneurs 2020 (MIWE), the COVID crisis could set back a generation of women in business.

Overrepresentation in the sectors most affected by the economic recession, the pronounced gender gap in the digital sphere in an increasingly virtual world and the growing pressures of responsibilities that correspond to childcare are just some of the factors that have left women in a particularly vulnerable situation.

The crisis as a catalyst

87% of business owners report negative effects from the health crisis, according to the Mastercard report. However, it also notes that the pandemic could be a catalyst for exponential progress for women in business.

In the face of COVID-19, businesswomen have shown marked adaptability, despite the great existing obstacles. 42% have switched to a digital business model, and 34% have identified new business opportunities since the pandemic, says the report, which analyzed 58 world economies.

But it is not the only area that has opportunities. They are also there to correct inherent gender biases if decision makers support and drive gender-specific initiatives. The COVID-19 era empowers women in leadership roles and has highlighted the ability of women to lead in extraordinary circumstances. An example is Prime Minister Jacinda Ardern of New Zealand, Chancellor Angela Merkel of Germany and Prime Minister Sunna Marin of Finland, who have presided over some of the most successful efforts to contain Covid-19 and instill order, security, confidence and calm.

MIWE 2020 also highlights the gender policies that have driven women's success in business. The case of Israel stands out — it tops the list as the best country for female entrepreneurs around the world.

In the case of Latin America, Colombia ranks 14th in the global ranking (RG), standing out as the best country for women entrepreneurs in the region, with a score of 66.31. This country has noticed a high movement in female entrepreneurship driven by need and a high representation of women business leaders reflected by 57%. 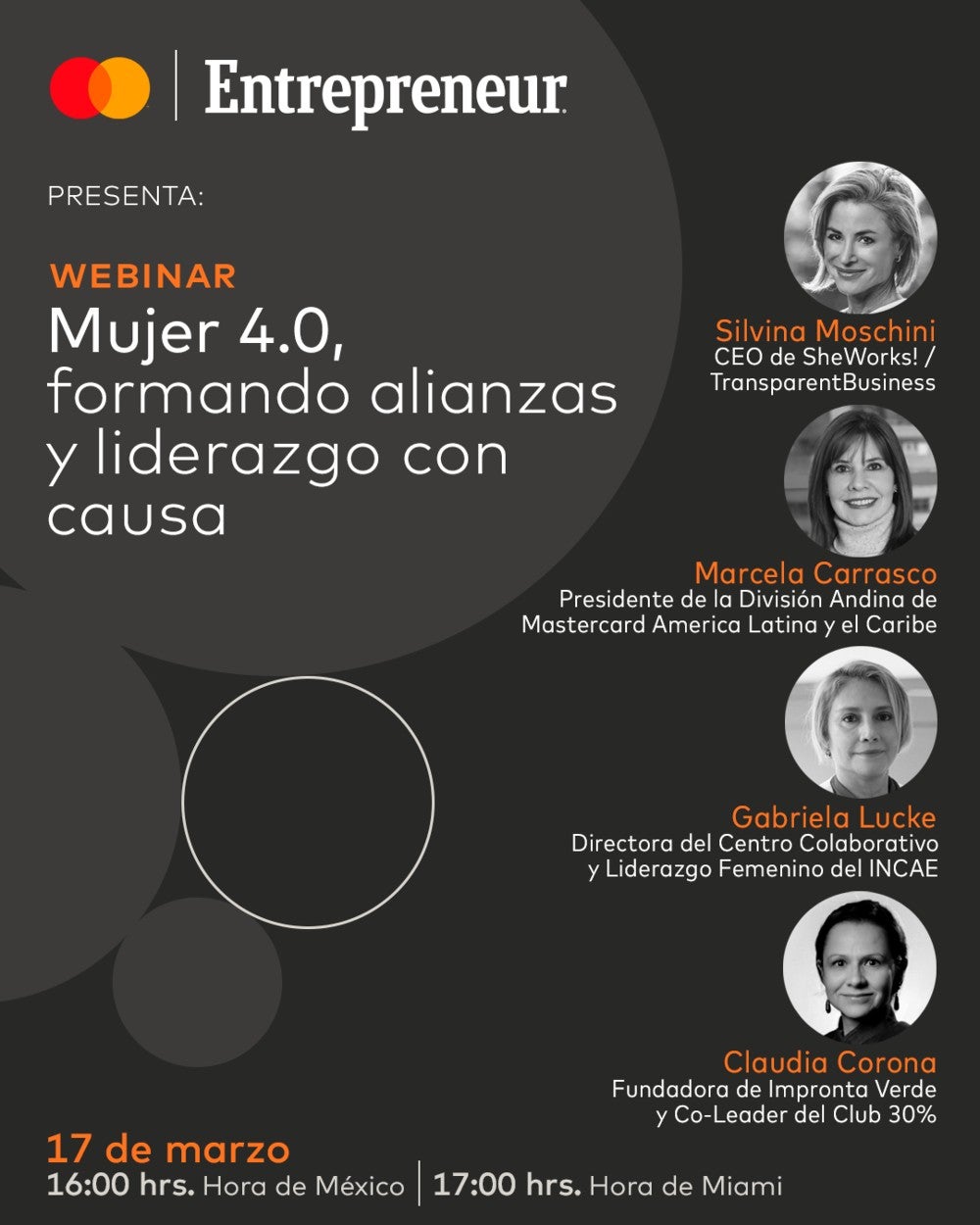 Woman 4.0, forming alliances and leadership with a cause

In this context, seeking to inspire and foster further progress, Mastercard has been an advocate for women in business and has proven this by offering a variety of programs to support their advancement.

Join us to discover how to face the challenges of this new normal at the Women 4.0 panel, forming alliances and leadership with a cause. The event will take place virtually on March 17 at 4:00 pm through the Entrepreneur en Español networks.

Those who will accompany us at the discussion table include:

We are waiting for you next Wednesday, March 17 at 4:00 pm at the Entrepreneur en Español networks.

Patricia Armendariz will invest in three entrepreneurs, you can be one of them

9 Questions About Female Entrepreneurship and Their Answers

May Your Achievements Live Up to Your Dreams