We went to Seattle to see the shop that gave life to the famous coffee brand.
Next Article

Stay informed and join our daily newsletter now!
Javier Rodríguez
This article was translated from our Spanish edition using AI technologies. Errors may exist due to this process.
Opinions expressed by Entrepreneur contributors are their own.

The most emblematic place of one of the most recognized coffee brands in the world is located at 1912 Pike Street, in downtown Seattle, in a room of 300 square meters.

Starbucks boasts it as the first store, but it is not. The first one opened in 1971 a few meters away, although it was demolished a few years later, so it was moved to this space that has a plaque that refers to it as the first branch, which made it one of the main attractions of the city.

This small place is full of boxes with the mermaid logo; however, it does not have chairs or tables, or a food bar, but it does have a strong smell of coffee, in addition to preserving the essence of the place that gave rise to it. This is a brand that has more than 22,000 stores in 60 countries.

Seattle is a city that can be defined in rain, grunge and coffee. Located in the northwestern United States, it shelters its inhabitants with cool temperatures and under a permanent gray sky and light drizzles. It was also here that the musical legends of Nirvana and Pearl Jam emerged.

The dozens of downtown cafes reveal its fondness for the bean, particularly on Pike Street. If you walk from its beginning to 10th Avenue, you will find nine Starbucks and at least 10 local coffee shops.

Pike begins just 100 meters from the port, where the large vessels that enter through the Puget Strait arrive, and gives its name to the Pike Place Market, a seafood, foreign objects, and sales market, known internationally.

This is the context that surrounds the history of Starbucks, the company that Howard Schultz joined as an employee in 1982, when there were only five stores. Now, with him as CEO, it is worth $7.4 billion — plus, it is the sixth fastest growing brand in the world.

From this place, like the ships that surround it, the essence of a cafeteria sets sail to the world that now takes advantage of its expansion to collect flavors of grain from the five continents and give them the touch of its brand. 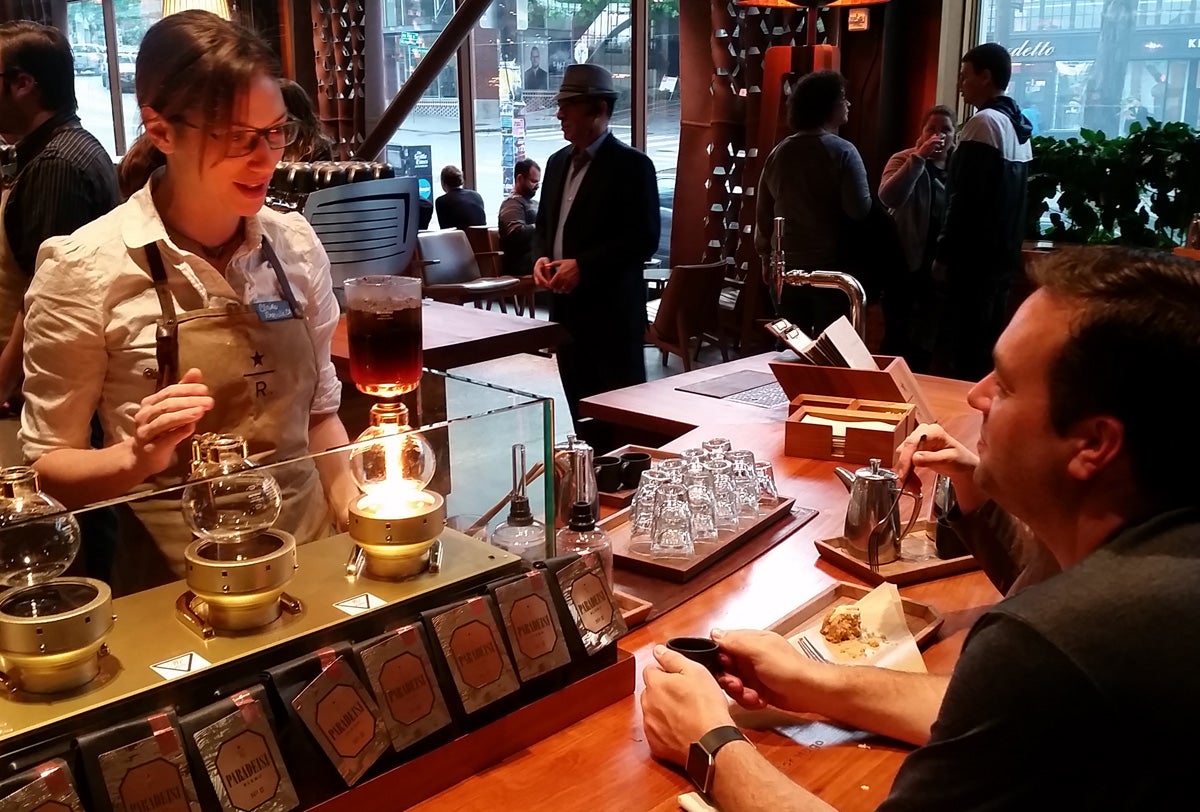 Howard Schultz tells in his book The Starbucks Challenge, that, at first, the original owners of the cafeteria sought to create an experience for coffee connoisseurs and attract newbies by selling beans they collected from different places. After a trip to Italy in 1983, the businessman suggested the sale of latte coffee with the beans from the store and, thus, took the first steps.

This experience was the first in a series of revolutions, all coming out of Seattle, specifically Pike Street.

In 2014, on this same street, but at number 1124, he started another adventure inspired by its origin and with a view to improving its flavor. Ten blocks from the 'first store,' the company opened the first Starbucks Reserve, Roastery & Tasting Room, a space for coffee lovers to taste the beans that the brand has collected throughout the world.

With the beans it collects, the company makes its experts more than 250,000 cups of coffee a year to choose what its new reserves will be. Some of them, such as Paradeisi (a mixture of grains from Colombia, Uganda and Papua New Guinea), you can only taste in this huge place. If the first branch is characterized by its simplicity, this one will surprise you with its size and its huge toasters.

“We are a city with ports and that allows us to have access to coffee from all over the world. We sell too many types of coffee, ”says Lincoln Becharn, a 24-year-old barista coach at Starbucks Reserve, in an interview with Alto Nivel.

Lincoln tasted his first cup of mocha coffee at age 7, and claims it was with his current company's bean. "In Seattle there must be thousands of baristas, and many of them are in Starbucks, working here is very common," he says.

On the shelves of this store, you will find coffee from Colombia for $80 per pound (it is the most expensive), from Costa Rica at $26, from Mexico (Chiapas and Oaxaca), at $26 and $40, and from other places, such as Vietnam, Rwanda, Ethiopia and more. In 2015, the store had coffee from 50 countries, and, this year, they have 75 beans.

"The trend is that the food industry, in general, is trying to get to the place of origin of the product, not like before they went to a central place in the country, where the product was stored and from there it was distributed to the world. . Now we go to the regions, ”says Becharn. 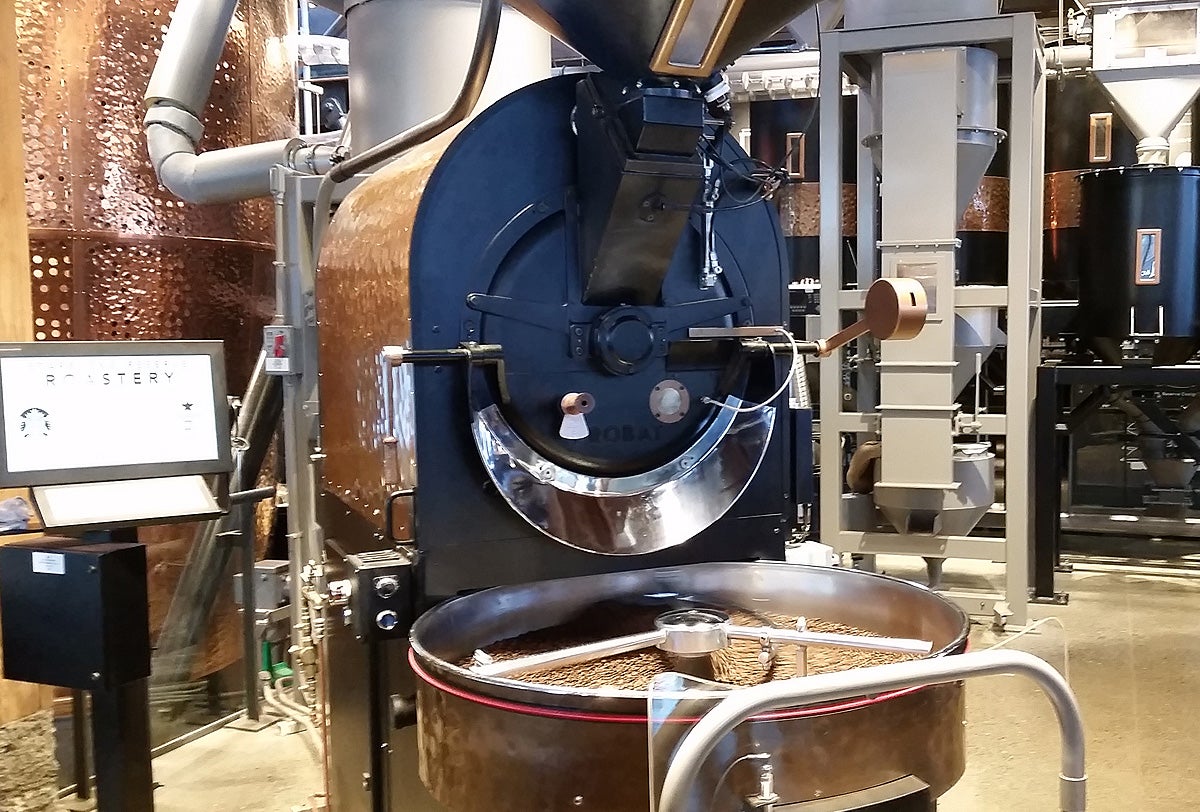 Starbucks Reserve combines the original idea of the company, to satisfy coffee connoisseurs, with the experience of consuming the drink prepared on the spot. In this way, when consuming a product you can approach the baristas so that they can tell you the whole coffee process, from how it is grown, the country of origin of the bean, and the techniques for straining, to the methods of caring for the environment.

The store has approximately 2,000 customers per day Monday through Friday and 6,000 on weekends. In addition to the sale of grains, souvenirs, food, and prepared beverages, 1.4 million pounds of coffee are roasted here a year, supplying the 2,000 reserve stores in the world.

You will not find any store with these characteristics in another country. However, the company is currently preparing to open another reserve roaster in China, a country with which Seattle has close communication thanks to its ports and air connections.

In Mexico, you can try some of the cafeteria selections in the three Reserve branches that exist, one in Arco Bosques , another in Masaryk and a last one in the Palacio de Hierro de Moliere. (The brand has 538 stores in 52 cities in the country.)

Lincoln Becharn assures that, since the expansion of the company, the inhabitants of Seattle have their life very narrow to the coffee. “My first job was in a cafeteria that was in front of my house. Since I was a child, I have loved coffee.”

“We are a brand that allows people to join in for coffee, have a real conversation and share human stories. That is our essence. It is a place where many people come and you meet people. I saw a couple arrive on their first date, then when they got engaged, and then they arrived with their first baby. I watched their entire relationship go by at a Starbucks. " 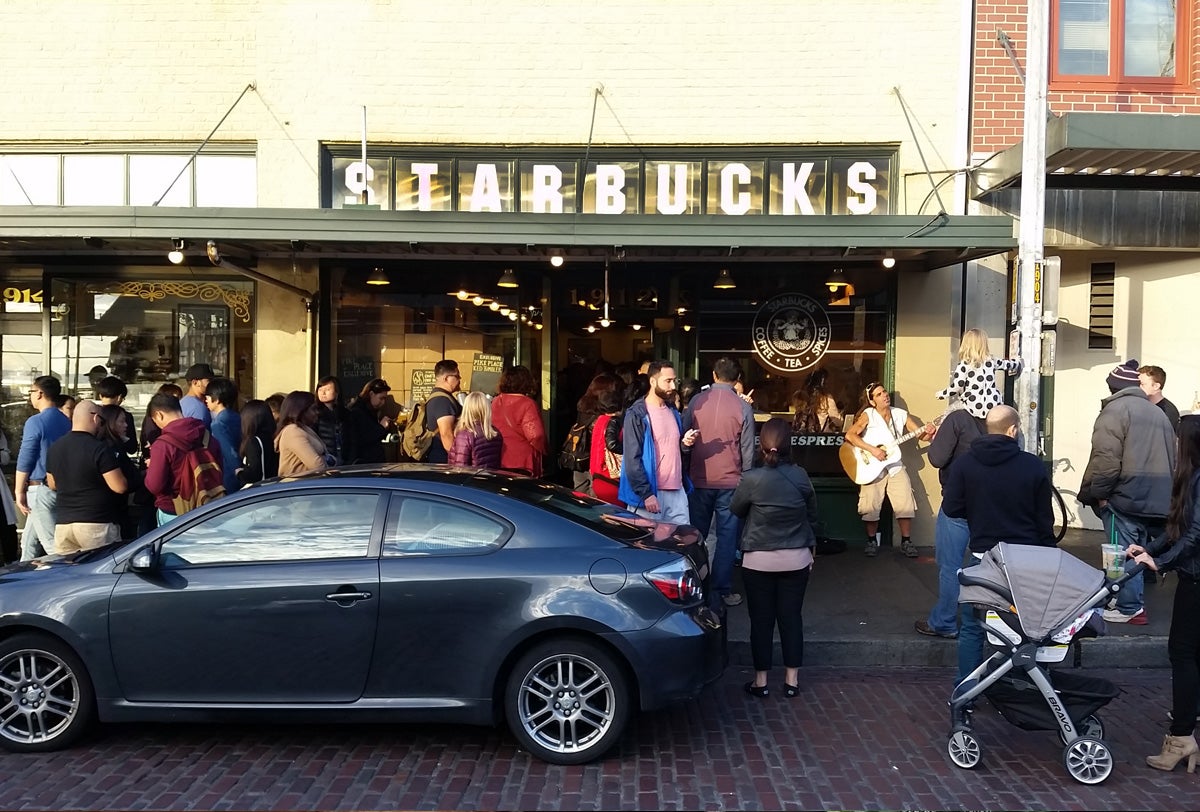