YouTube and video games, the topics most sought after by children during the quarantine

A study by Kaspersky Study found that content related to Minecraft and Among Us are the most sought after by the little ones in the house.

By Entrepreneur en Español March 31, 2021
This article was translated from our Spanish edition. Opinions expressed by Entrepreneur contributors are their own.

The quarantine has proven to be a huge challenge for parents, as children not only cannot go to school, but they must find alternative entertainment during confinement . A recent study by Kaspersky found that the main interests of the little ones in the house in recent months are divided between watching content on YouTube (21%) and playing video games (15%).

Through an analysis of searches conducted by Kaspersky Safe Kids users between the end of 2020 and the beginning of this year, the company found what younger consumers encompass searches conducted through Bing, Google, Mail.ru, Yahoo !, Yandex and YouTube, both on mobile devices and on desktop computers.

The anonymous metadata, voluntarily provided by the users themselves, showed that video and audio websites were the most visited by children (40%), which is equivalent to an increase of 2.6% compared to the average registered between June 2019 and May 2020. In this sense, YouTube was the most popular platform with 21% of searches. Then there are searches related to videogames (15%); language translators (11%); communication platforms (10%) and music (9%). 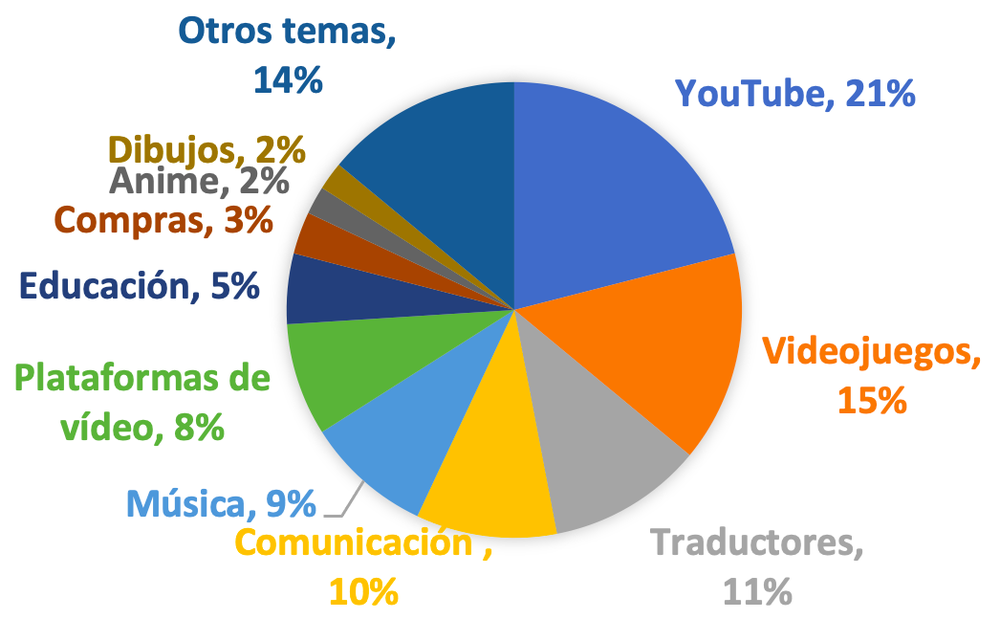 Speaking only of YouTube searches, children most frequently search for video game-related content (37%). Among these, 39% searched for channels of streamers shown playing different titles, and 19% searched for specific channels of different games, for example, Minecraft . Other sought after games were Among Us , Brawl Stars, and Gacha Life .

The second most prominent search category on YouTube (21%) was related to bloggers or specific channels on a topic. For example, all things DIY (DIY) became very popular with children: 5-Minute Crafts , 123 GO! and Troom Troom were the first three searches for these types of channels.

Another of the big interests this season has been TikTok, with 800 million active users per month in more than 150 countries. During the end of the year holidays, the kids mostly searched for "TikTok mashup," certain TikTokers, and "how to change TikTok restricted modes."

In a world like today's, in which children are in permanent contact with technology, it is normal for parents to show interest in knowing and analyzing the risks their children face while browsing through their smartphone, since minors have become one of the favorite targets of cybercriminals. However, according to a Kaspersky study, only 37% of parents in Mexico use parental control programs to protect their children's online browsing.