NASA names a mountain on Mars in tribute to Mexican scientist

Rafael Navarro González dedicated his life to science; Now the space agency pays tribute to him after he passed away from COVID-19.

By Entrepreneur en Español April 6, 2021
This article was translated from our Spanish edition using AI technologies. Errors may exist due to this process.

Rafael Navarro González, was a leading Mexican researcher at the Institute of Nuclear Sciences (ICN) of the Autonomous University of Mexico (UNAM). He helped develop the Sample Analysis at Mars (SAM) kit, a portable laboratory that analyzes the chemistry of rocks, soil, and air in space. Unfortunately, he lost his life after he caught COVID-19 in January of this year. For this reason, NASA will name a mountain on Mars in his honor.

Rafael Navarro, was a leader in the study of astrobiology, in addition to identifying the role of volcanic lightning in the origin of life on Earth.

# BoletínUNAM The name of the prominent Mexican researcher and #ExpertoUNAM Rafael Navarro was immortalized, after @NASA decided to identify one of the mountains of Mars with his name. #GOYA ! > https://t.co/JWeyQK4jv7 #PontePumaPonte pic.twitter.com/4687vZZZon

According to the UNAM Gazette , Paul Mahaffy, who is leading the NASA group and the main promoter of the initiative to name the mountain, it is located northwest of Gale crater, near Mount Sharp. The Curiosity robot that arrived on the red planet in 2012 is working there.

“We determined that it would be a good way to honor our collaborator and friend Rafael Navarro González. There were three options of objects, we talked about it with Fabiola (her epsosa), her daughter and her brother, and they decided that that could be it. We know that the official names for objects in space are given by the International Astronomical Union, but we believe that with this initiative the name to form will be faster ”, says the scientist.

The region on the red planet is rich in clays and mineral sulfates, which can help better understand changes in climate and current conditions, the site will be essential for Curiosity missions, explains Ashwin Vasavada, scientist from the laboratory of NASA Jet Propulsion.

"Rafael was a good friend and dedicated scientist, and has been a privilege and honor for Mars exploration team working with him for several years , " added the specialist Goddard Space Flight Center of NASA , Mahaffy. 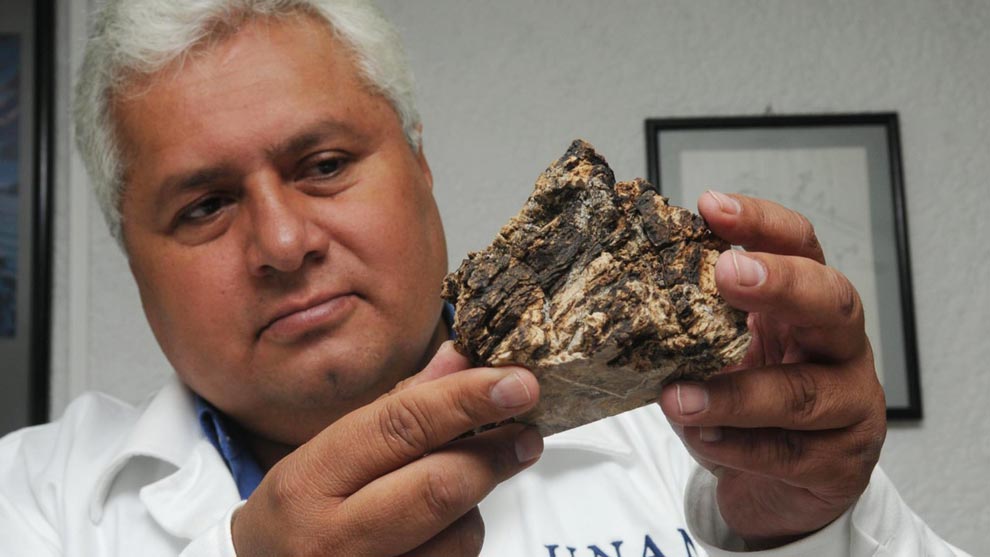 His career at UNAM and the Sciences

Rafael graduated from the Faculty of Sciences of the UNAM, then he did a postgraduate degree at the University of Meryland, United States, but his love of the house of studies made him return to Mexico to give back a little knowledge.

According to AnimalMX , Rafel Navarro and other scientists were winners after proposing the Sample Analysis of Mars to NASA . They worked on the project since 2004. He studied the Pico de Orizaba, which could function as a reference of what Mars would be if the atmosphere were to “terraform”, that is, make it a place where humans can breathe .