While 22 million people were added to poverty in the region, Forbes reports that these men and women increased their wealth.
Next Article

Entrepreneur en Español
Entrepreneur Staff
April 7, 2021 4 min read
This article was translated from our Spanish edition using AI technologies. Errors may exist due to this process.

The pandemic did not hit everyone in the same way. While, according to data from the Economic Commission for Latin America and the Caribbean (ECLAC), 22 million people joined poverty, 10 billionaires increased their wealth.

This Tuesday, Forbes magazine presented its 2021 World Billionaires List . Globally, the ranking was headed by Jeff Bezos , founder of Amazon , with a net worth valued at 177 billion dollars. It is followed by Elon Musk , CEO of Tesla and SpaceX , with 151 billion dollars.

Bernard Arnault, owner of luxury brands, with 150 billion dollars; Bill Gates , co-founder of Microsoft , with 124 billion, and Mark Zuckerberg , founder of Facebook, with 97 billion close the Top 5 of billionaires in the world.

Overall, the richest people in the world increased their wealth by $ 5 trillion in one year.

The 10 billionaires of Latin America 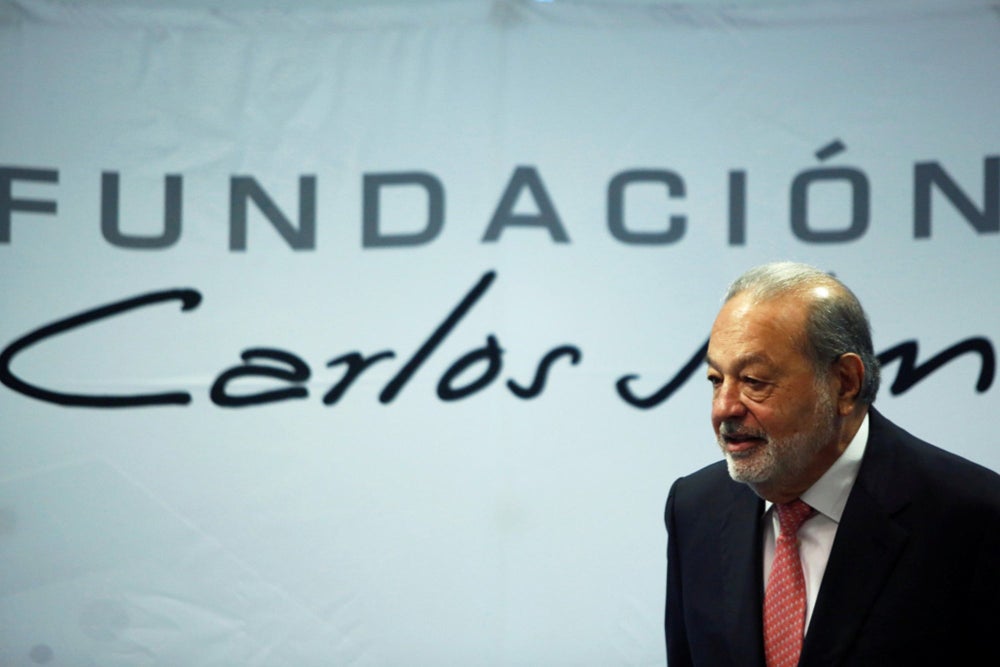 The region also showed the growth of the wealth of its billionaires.

2. Germán Larrea Mota Velasco: Executive Director of Grupo México, the mining company that is the fifth largest copper producer in the world. It is in position 61 of the list, with 25,900 million dollars. In 2020 it registered 11 million dollars.

5. Marcel Herrmann Telles: Brazilian with participation in the beer giant Anheuser-Busch InBev. It is in position 191 of the general list with a fortune of 11.5 billion dollars. In 2020 it had "only" 6.5 billion.

6. Jorge Moll Filho: Brazilian founder of the Rede D'Or private hospitals that went from 2 billion dollars in 2020 to 11.3 billion dollars to enter position 194 on the general list.

7. Luis Carlos Sarmiento: Chairman of the Board of Directors of the holding Grupo Aval Actions y Valores and owner of the newspaper El Tiempo in Colombia. It ranks 200th on the Forbes list with $ 11 billion in 2020.

8. Alberto Baillères González: President of Grupo Bal and director of Industrias Peñoles in Mexico. It is in position 255 of the count with 9.200 million dollars.

9. Safra Family: The widow and children of the recently deceased Brazilian banker Joseph Safra placed 355 on the Forbes list for the $ 7.1 billion inheritance they received.

10. Juan Francisco Beckmann Vidal: President of the José Cuervo Group in Mexico. He registered a personal wealth of 7 billion dollars from 4.300 billion in 2020. He ranks 369th on the tally.