The 5 lessons that the Titanic left us to face crises

On a day like today, but 109 years ago, the Titanic sank. The tragedy of the famous ocean liner gives us lessons to protect ourselves from mistakes.

By March Violante April 14, 2021
This article was translated from our Spanish edition using AI technologies. Errors may exist due to this process.

On a night like today, but in 1912, the largest ocean liner to ever cross the seas, the RMS Titanic , sank to the bottom of the northern Atlantic Ocean, killing more than 1,500 people. This disaster has captured the popular imagination for decades, so much so that its story provided the plot for one of the highest grossing films in cinema.

The tragedy of the Titanic , a ship that was believed so unsinkable that it was said that not even God himself could affect it, brings five important lessons that any entrepreneur can apply in the face of crises.

1. The importance of metrics

The Titanic was carrying about two thousand passengers, including crew and guests, when it collided with the iceberg that would condemn it to infamy. One of the reasons why the tragedy of this White Star Line ship was so great is that it did not carry enough lifeboats for even half the passengers. The lifeboats of the Titanic were the most innovative of the time, but in those times the number of these vehicles was determined by the weight of the ship and not by the number of passengers.

In the same sense, it is important that the projects you manage in your company are backed by reliable metrics that really reflect your needs. Hire an external service, do a market study, conduct surveys, measure the progress of your work, and so on. In this way you will avoid making sterile efforts.

2. Pay attention to the "tides"

The Titanic crew failed to keep an eye out for an iceberg, a bad idea considering how difficult it is to change the course of such a large ship. This was his fatal mistake because the icebergs were located in unusual places that year. New research reveals the reason: An unusual lunar approach caused a very high tide, which brought icebergs closer, which usually stay close to the shores and in deep water.

This news shows what happens to many industries such as music or movie rental that continue to follow the same path, ignoring all the signs that the market has transformed towards the digital format. The result was that new competitors stole from their customers. That is why you must stay alert to new trends and changes in the market to ensure that your business does not go bankrupt.

3. Hope for the best, but prepare for the worst

The sinking of the Titanic would have been a lesser tragedy if the ship had had enough lifeboats. According to RMS Titanic Inc. , Whose mission is to preserve the artifacts and history of the Titanic, the ship complied with a law that had not been considered for a ship of its size. Instead of doing the right thing, the engineers cut away space to increase the size of the deck and lower costs.

But the true cost of this irresponsible attitude to safety was the loss of more than 1,500 lives. Although, hopefully, mistakes in your business will not cause fatalities, you should conduct periodic drills and evacuations on your employees. Make sure your facilities are in good condition and that you have an emergency plan, as well as fire extinguishers and special exits to avoid damage and loss. According to Axa Monterrey, only 5% of Mexican SMEs have insurance to protect themselves. 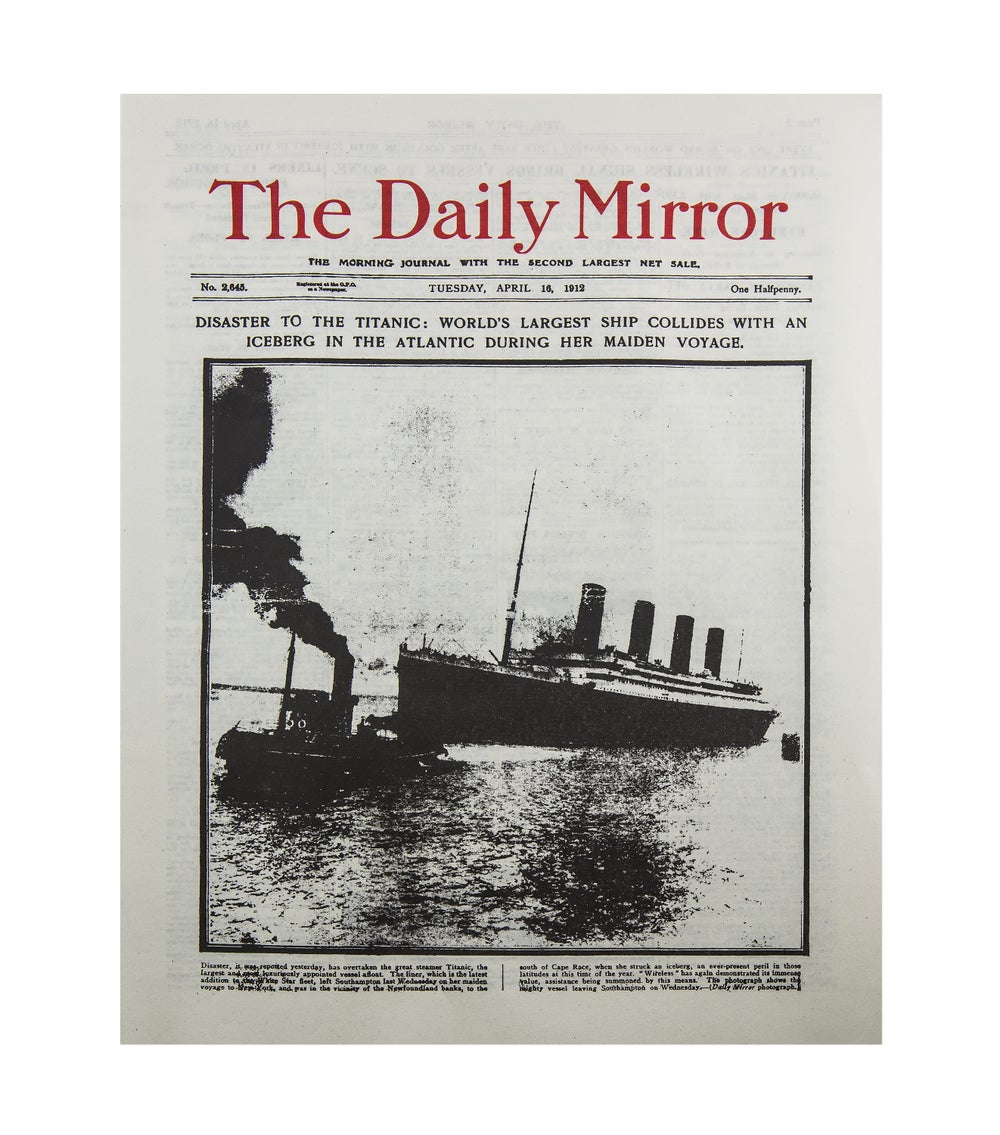 The sinking of the Titanic would have been a minor tragedy if the ship had had enough lifeboats, but the true cost of this irresponsible attitude to safety was the loss of more than 1,500 lives / Image: Depositphotos.com

4. A tragedy is the result of many little things that go wrong

A common mistake is to think that failure is the result of the epic mistake of a single person, when in many cases it is the result of the sum of several circumstances. It is said that the watchmen on the Titanic tower did not bring binoculars; the telegraph operators did not heed warning messages from other vessels; Bruce Ismay - the businessman who owns the Titanic - pressured Captain Edward Smith to make the ship travel at full speed even when its size made it difficult to maneuver; the White Star Line company forced Thomas Andrews, the ship's architect, to reduce the number of lifeboats so that the deck would not look “ugly”, and so on.

In the life of a business, small errors tend to appear gradually, so it is essential to pay attention to these details and attend to them quickly before they become a snowball that ends up crushing us.

5. The importance of documentation

After the sinking of the ship, many of the victims were left unrecognized because they did not bring papers with them. Most of these people traveled in third class to America in search of a new opportunity and their luggage, which carried the few existing identifications, remained at the bottom of the Atlantic. Some of them have managed to be identified thanks to DNA samples that have been collected from the Titanic cemetery in Hallifax, Canada, but a large number of them remain without real names.

Nobody likes having a lot of papers on the desk. However, the correct documentation can avoid future headaches and even serve as a tool for future projects or in any case as a defense in times of crisis. Try to keep your files in order day by day, both in digital and physical format, so that when you need them, you can quickly access the paper you need.

Find other lessons from this famous ship for entrepreneurs in this note.