An ascending channel has formed in the chart of Tesla (TSLA). When the stock moves out of this channel, a significant move is expected. Read more to learn how to take advantage of this trading opportunity.

By Christian Tharp April 20, 2021
This story originally appeared on StockNews
An ascending channel has formed in the chart of Tesla (TSLA). When the stock moves out of this channel, a significant move is expected. Read more to learn how to take advantage of this trading opportunity.

An ascending channel has formed in the chart of Tesla Inc. (TSLA). When the stock moves out of this channel, a significant move is expected.

TSLA is a vertically integrated sustainable energy company that also aims to transition the world to electric mobility by making electric vehicles. It sells solar panels and solar roofs for energy generation plus batteries for stationary storage for residential and commercial properties including utilities.

With a first-mover advantage in the electric vehicles space, the company’s growth potential remains strong. It is seeing robust demand for both the Model 3 and Model Y. Plus, its Shanghai Gigafactory and aggressive expansion efforts bode well.

The company currently has a current ratio of 1.9, which means it has more than enough liquidity to handle short-term debt. In its most recently reported quarter, TSLA’s revenues grew 130.4%, though its earnings per share were negative. The company is expected to grow earnings 37% next year.

TSLA’s stock currently has a trailing P/E over 1,000 and a forward P/E of 169.49. The stock has shown positive near- and mid-term momentum. This has led to a Momentum Grade of B in our POWR Ratings system and is reflected in the chart below.

Take a look at the 1-year chart of TSLA below with my added notations: 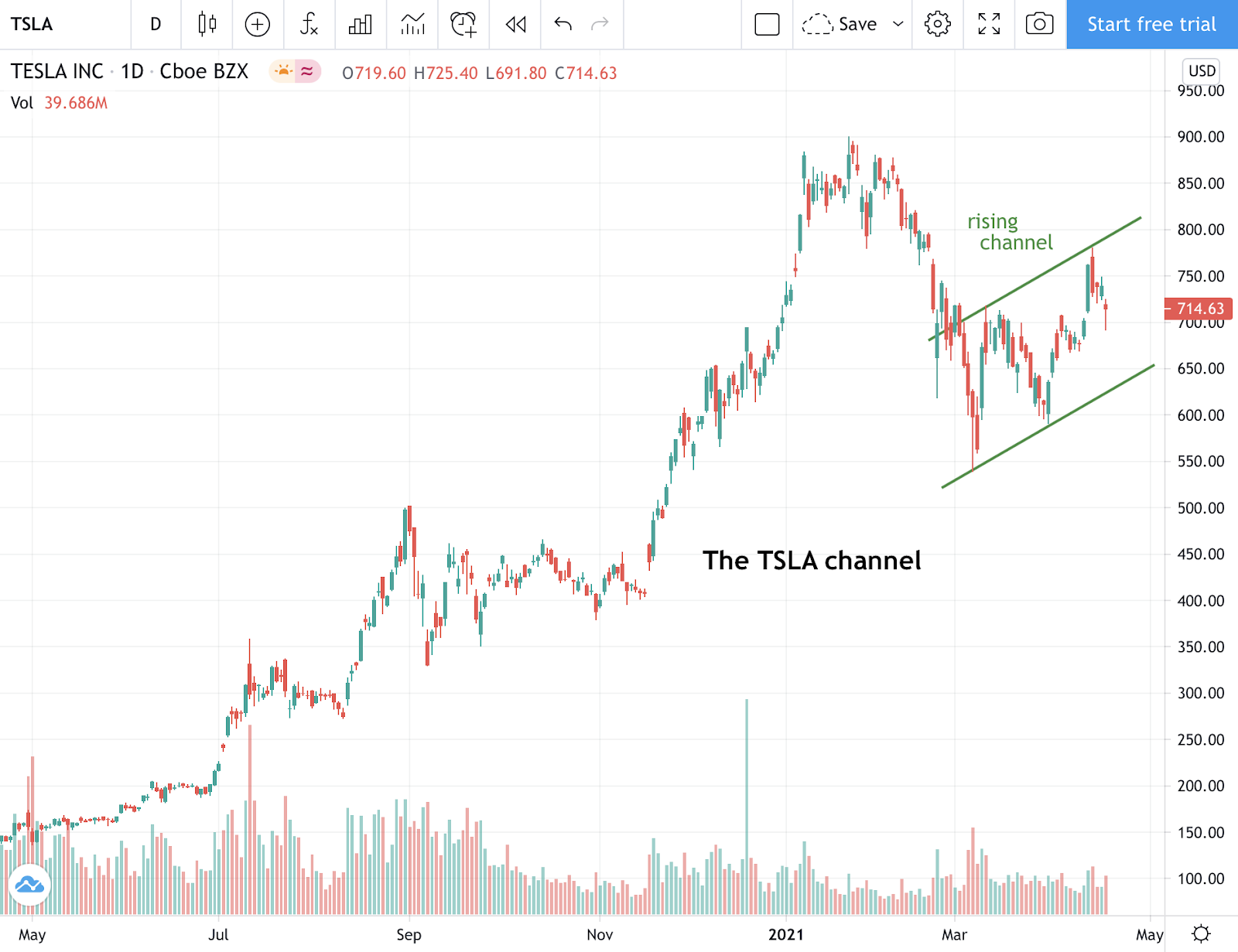 Chart of TSLA provided by TradingView

TSLA has formed an ascending channel over the past two months. A channel is formed through the combination of a trend line support that runs parallel to a trend line resistance.  When it comes to channels, any (3) points can start the pattern, but a 4th test or more help to confirm it.

Wynn Resorts (WYNN) Gains But Lags Market: What You Should Know