Nothing will be hidden about the accident on Metro Line 12: López Obrador

An elevated section collapsed while a Metro convoy passed between Olivos and Tezonco stations at 10:25 p.m. on Monday.
Next Article

Alto Nivel
home
May 4, 2021 2 min read
This article was translated from our Spanish edition using AI technologies. Errors may exist due to this process.
This story originally appeared on Alto Nivel


The president of Mexico, Andrés Manuel López Obrador, said that nothing will be hidden about the accident that occurred last night on Line 12 of the Mexico City Metro , which has so far left 23 people dead and dozens injured.

The president offered condolences for the incident in which an elevated section collapsed while a Metro convoy passed between Olivos and Tezonco stations at 10:25 p.m. on Monday.

Sheinbaum explained that as a result of the accident, 79 people were hospitalized, 19 women and 60 men, of which there are five unidentified people, while the bodies of four of the 23 deceased are still found in the wreckage of the train. 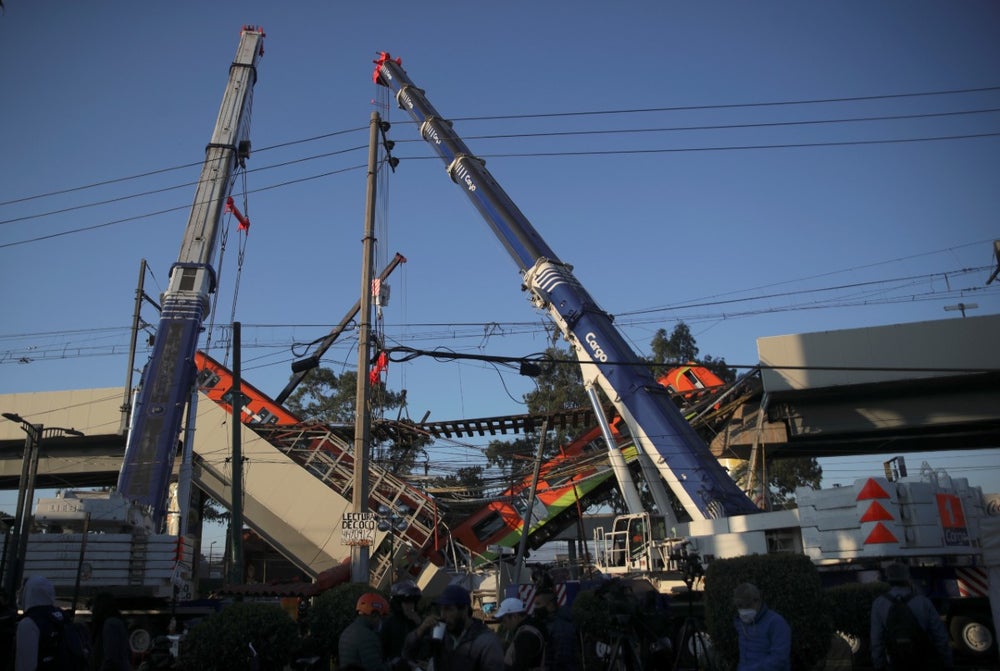 "We will be looking for an international company with certification both in metro and in structural matters to carry out an external technical expertise ," Sheinbaum said during the morning press conference of President Andrés Manuel López Obrador and announced that the local prosecutor's office is investigating what happened.

The official said that it is still too early to establish responsibilities for accidents in the Metro, while the federal president guaranteed that responsibilities will be established once the investigations are carried out.

The Secretary of Foreign Relations and former head of government when Line 12 of the CDMX was built and inaugurated, Marcelo Ebrard, offered his condolences to the families of the victims and reiterated himself at the disposal of the authorities.

“I put myself at the entire disposal of the corresponding authorities for whatever is necessary to clarify what happened and establish responsibilities. I share the outrage of society at what has happened. "

Cherán, home of the largest rainwater collector in Latin America