The CEO reveals details about his enterprise's upcoming Dubai hotel, while also exploring the future of the bohemian brand.

By Devina Divecha May 9, 2021
Opinions expressed by Entrepreneur contributors are their own.
You're reading Entrepreneur Middle East, an international franchise of Entrepreneur Media.

Accor is placing its bets on the lifestyle category over the next few years, with the number of its lifestyle hotel openings expected to triple by 2023. To top that, Accor’s lifestyle segment currently accounts for roughly 5% of the group’s annual revenue, while representing 25% of the company’s development pipeline by value. A recently announced joint venture with Ennismore, expected to close in the second quarter of 2021, will only add to Accor’s lifestyle muscle. Once complete, the deal will bring together a portfolio of lifestyle brands, including The Hoxton, Gleneagles, Delano, SLS, Mondrian, SO/, Hyde, Mama Shelter, 25h, 21c Museum Hotels, TRIBE, JO&JOE, and Working From_.

An important part of Accor’s lifestyle ambitions is 25hours, which it owns a 50% stake in at the moment, and part of the Ennismore strategy is to eventually buy out the brand in its entirety. Under the leadership of Ennismore’s co-CEOs Sharan Pasricha and Gaurav Bhushan, each brand will retain its culture and purpose, supported by dedicated teams and with the full support of their founder. In this case, that of Christoph Hoffmann, who is also the CEO of 25hours.

The relationship between Accor and 25hours has been fruitful from the start. Proof of its success includes the Q4 2021 opening of the 25hours Hotel One Central in Dubai, which will mark the brand’s first opening outside of Europe. “I realized how fruitful this collaboration [with Accor] can be because we would not have Dubai without Accor,” Hoffmann says. “We have learned a lot from each other. I’m self-confident enough to say that 25hours also made Accor even more aware of how important the lifestyle segment can be for their own company.” 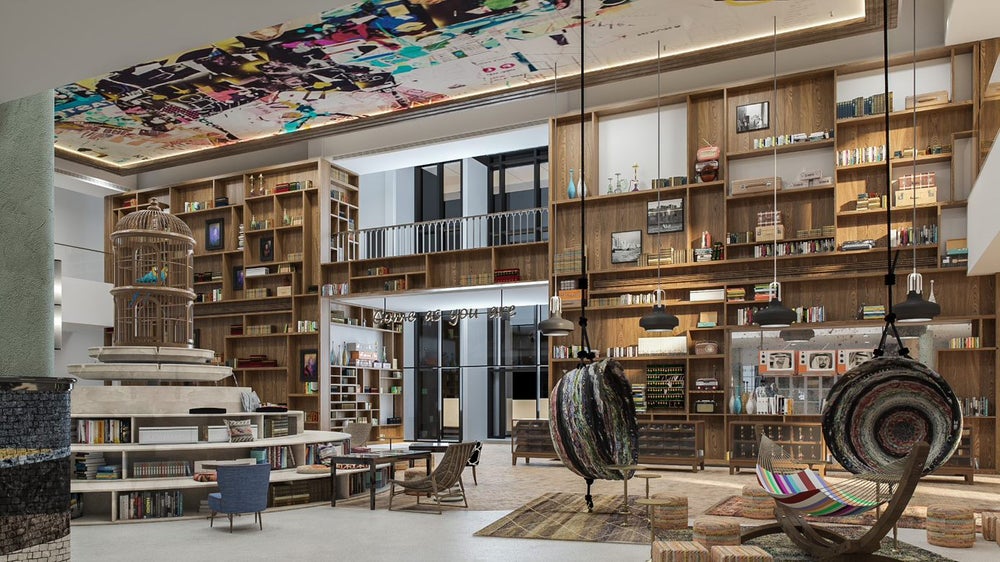 While Accor did acquire other lifestyle-focused brands such as Mama Shelter and sbe, 25hours was one of the earlier investments into the segment, and Hoffmann remains cognizant of that. “Ennismore and Accor will create one of the largest lifestyle platforms in the world, and we will play a not unimportant role in that,” he adds. “That makes me proud."

Currently, Hoffmann has a lot on his plate with openings, signings, and developments earmarked for 2021- all of which have dealt with the challenges by the onset of the COVID-19 pandemic and subsequent lockdowns. A 25hours hotel in Florence, Italy is set to open in summer 2021, followed by the Dubai project in September. There are two hotels in the works for Copenhagen, with one set to open early 2022. Melbourne and Sydney will mark the brand’s Australian debut, and they will open approximately in the next two years. He also reveals the brand is about to sign a hotel in Helsinki, Finland.

Dubai has been on the cards for a few years, and it’s time for it to come to fruition. Hoffmann says that the project might be among the “most interesting” for 25hours now, because it will be a learning experience with the new Ennismore lifestyle team emerging from the wings. 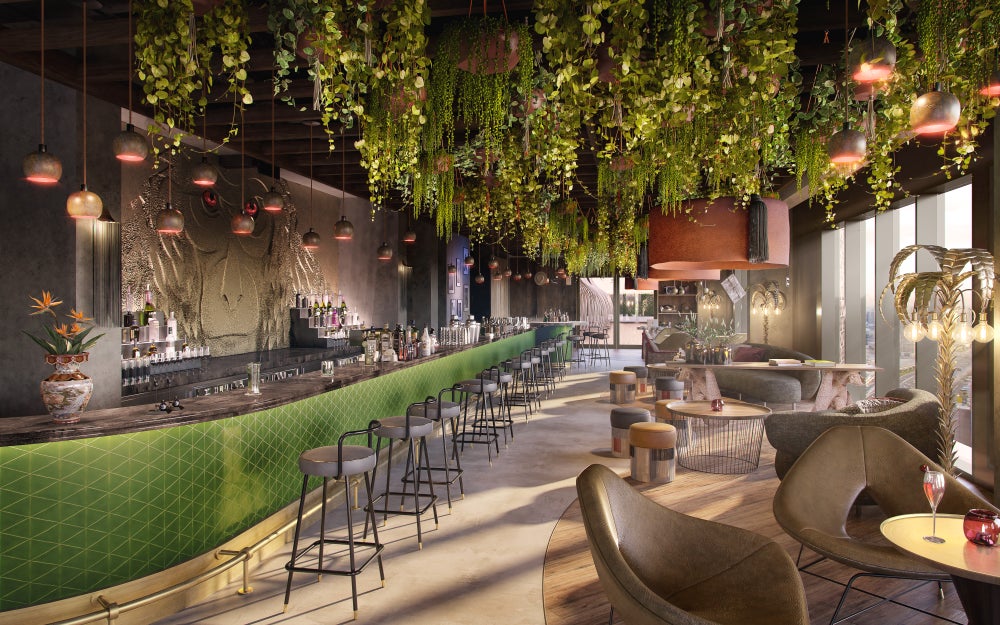 He is all praise for the new property, which is located in Dubai’s One Central complex. “I was impressed by the sheer size; it’s by far the largest 25hours hotel [so far]. I was also impressed with the quality of the hardware and the finishes,” he adds. All seems well for the September 2021 opening, and Hoffmann stresses that all public spaces and F&B outlets will be open then, mentioning the desire to start “full force” ahead of Expo 2020 Dubai, which is due to launch in October.

The hotel, whose tagline says it will weave “the tales of nomadic peoples into a creative and contemporary narrative,” will offer 434 rooms that are a nod to the local heritage and culture of the UAE. The room types include Bedouin and Glamping, while the suite classifications are Farm Stay, Artist Village and Hakawati Suite. The hotel will also serve up signature F&B outlets, including the well-known Monkey Bar, which first launched to much acclaim in Berlin.

A key feature of the property will be the “co-lax” spaces, which will be the brand’s version of co-working- although Hoffmann mentions here that he is not a fan of that word. “I prefer to look at it from a different point of view,” he explains. “I’ve previously mentioned the idea of becoming ‘radical local,’ and there is maybe no other hotel within 25Hours like Dubai that can play that role seamlessly. Dubai is such a special place, and it is a market where everybody who lives there is on a search to find the third space… to find the living room of Dubai, to find a place where you can hang around the whole day, where you can work, communicate, network, eat and drink, and enjoy yourself.” 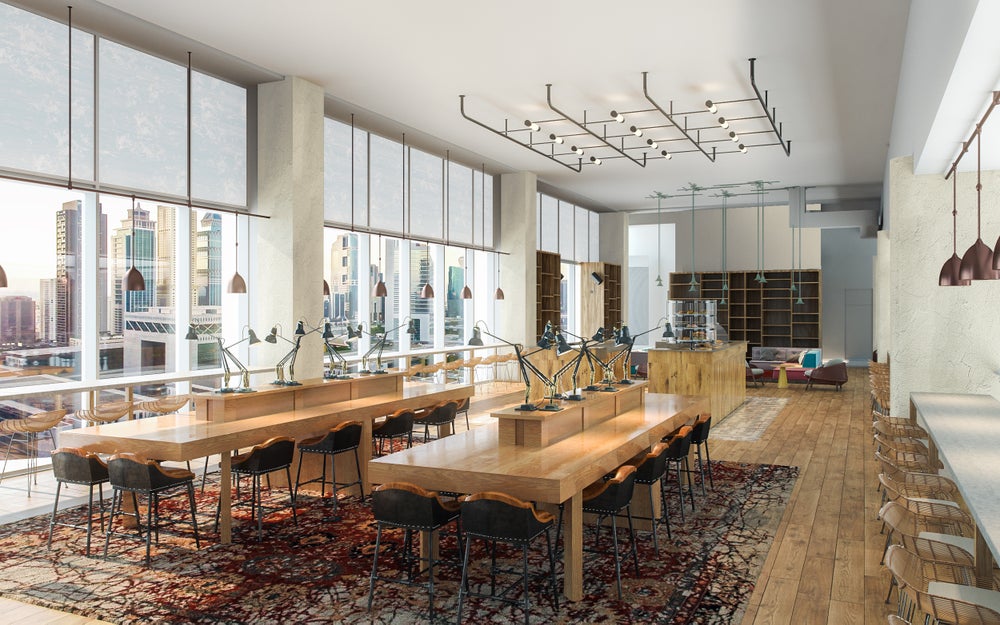 That is, he says, the idea of a larger philosophy which includes co-working. He highlights the importance of making guests feel comfortable, and not press them to consume items in order to work within the space. “Mobility will play a vital role; so, to me, co-working is one little part of the fact that we want to create the living room of Dubai,” adds Hoffmann.

Innovation and the entrepreneurial spirit run deep through Hoffmann’s philosophy and way of working. It’s perhaps due to this that 25hours Hotels had launched the Extra Hour Lab as a “multi-competence thinktank unit,” which worked as a creative hub dealing with what influences the guest experience and the brand. From design through to conceptual work, storytelling, and more, the Extra Hour Lab was there to innovate- but this concept has gone through some changes recently.

“Due to the pandemic, we have changed a few things; there is no such thing as the Extra Hour Lab anymore,” Hoffmann reveals. “We’ve realized that our head office structure in Hamburg is more or less the Extra Hour Lab, so the focus right now is to change our head office more and more into an entity which focuses –especially now with the collaboration with Ennismore– on innovation, creation, concepting, on the brand as such. We don’t see ourselves in the future as an operational head office, but more as a conceptional one. The Extra Hour Lab may have been the first step in something that will become a concept organization.” 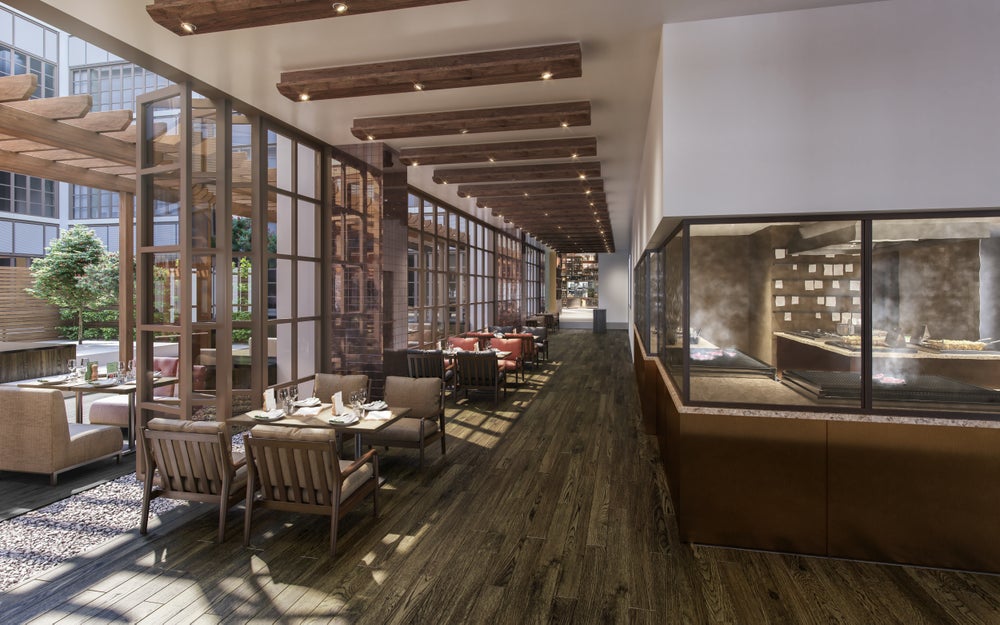 Hoffman adds, “Innovation only works in our organization once we have a project in hand. Without having a product, we would not be forced to stay innovative.” It’s not possible, he points out, to just put people in a room and tell them to create something. “We tried that,” he reveals honestly. “But it’s really hard to create something out of nothing.”

While it may be defunct now, the Extra Hour Lab is still the reason for a few features that will be seen in the Dubai property, such as the MINI cinema in collaboration with Cinema Akil, and the design of the lobby ceiling that will be a design nod to the nomadic culture. All this circles back also to the brand’s ethos of catering to the local resident as much as, if not more than, the tourist. In fact, Hoffmann concedes that the brand is doubling down on its philosophy of being as local as possible. “The traveler who comes to our hotel in the future will appreciate the localness of our product,” he declares. “The public space is created to cater to the local market.”

In 2016, when Accor acquired the first 30% stake in 25hours, the French hospitality giant had not yet pivoted to its new loyalty program, ALL. In 2020, the brand became an active member of ALL, and while Hoffmann says that it will take a while to fully analyze the benefits, he does say that there have been some visible positive effects. “We have noticed that we started to have a lot of users from ALL’s bonus program,” Hoffmann says. “It has opened up a new target audience to us, especially in Germany where we have a very high domestic market.”

Related: With The Launch Of The First SLS Hotel In The Middle East, Accor Is Signaling Its Commitment To The Lucrative Lifestyle Segment