Do you have an iPhone, iPad or Mac? Stop using Google Photos now, here are the reasons

Google Photos privacy labels allow you to access all user photos and collect large amounts of data for business purposes, but there is a way around this if you have Apple devices.

By Entrepreneur en Español May 11, 2021
This article was translated from our Spanish edition. Opinions expressed by Entrepreneur contributors are their own.

Recently, Google introduced its privacy labels for all its applications on the Apple App Store , including Google Photos . These allow you to access users' photos and videos to collect a large amount of data for commercial purposes. Therefore, iPhone , iPad or Mac users are recommended to stop using Google Photos and move their contents to iCloud , for safety.

According to cybersecurity expert Zak Doffman, the app currently stores about four billion images from more than 1 billion users . Despite having the option to save files to iCloud , many Apple device users prefer Google Photos because it has more features, a better search engine, and is cheaper.

However, in a text published by Forbes , the specialist pointed out that, like Gmail , Chrome and Maps , this application "presents a marked contrast to its Apple equivalent" , in terms of privacy.

"Application privacy labels show all the possible data that could be collected, although the actual data collected depends on the specific features that a person decides to use ," Doffman said. 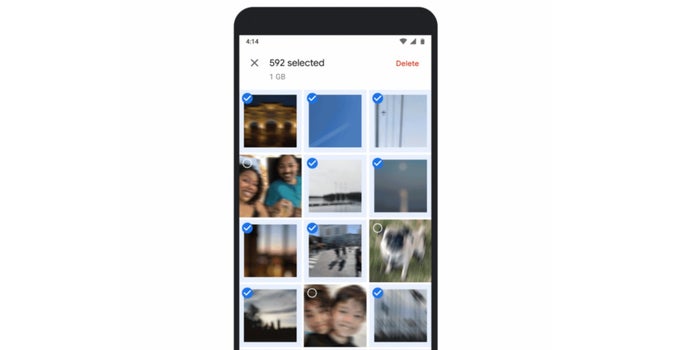 Google Photos has access to all the metadata of users' images, which it collects to further personalize its advertising and increase its profits, says Zak Doffman. Image via Google.

As he explains, Google Photos analyzes photos to allow categorization , maps, and search . At the same time, it collects information such as the exact time and place where it was taken, all to drive personalized ads .

In this sense, Google indicates that they will collect contact information if the user wants to share their photos and videos with other people. In addition, if the person decides to buy a photo album, they will save the payment information and their purchase history .

Google depends on your data

It is not a secret that Google makes a good part of its income through ads . This involves 'selling' access to user data so that advertising is more personalized, which increases the likelihood of purchase. In turn, the platform can charge more for offering more precise targeting and improving the effectiveness of online advertising.

Doffman stressed that Google and Facebook derive their income from digital advertising, while Apple derives its income from the sale of devices and an ecosystem of services. "The accounts are not complicated here," added the author.

The expert in 'big tech' and social networks affirms that there is a substantial difference in the way that Apple and Google analyze the photos. “Apple's photos app uses machine learning to organize photos right on your device. So you don't need to share them with Apple or anyone else, ”he explained.

This means that "the scans are not performed on iCloud servers, unlike competing cloud-based photography services, including those from Google," he adds. In addition, he pointed out that on Apple devices, if an application requests access to your photos, you can choose to share only certain images and not your entire gallery.

A few weeks ago it became known that Apple would include new privacy functions in its next version of the iOS system to prevent advertisers such as Google or Facebook from collecting activity data for commercial purposes, unless the user explicitly allows it.

"If you are not paying for the product, then clearly you are the product," concluded Doffman.

What Small Business Owners Need to Know About Cybersecurity