WhatsApp's Upcoming Features Include Multiple-Device Use, With More Additions on the Way

WABetaInfo spoke with Mark Zuckerberg and Will Cathcart about the messaging application's newest updates.
Next Article

Entrepreneur en Español
Entrepreneur Staff
June 4, 2021 2 min read
This article was translated from our Spanish edition using AI technologies. Errors may exist due to this process.

WABetaInfo had a conversation with Will Cathcart and Mark Zuckerberg, who confirmed some new WhatsApp features. Among them, one feature stands out in particular: In the future, the app will be able to be used on multiple devices. 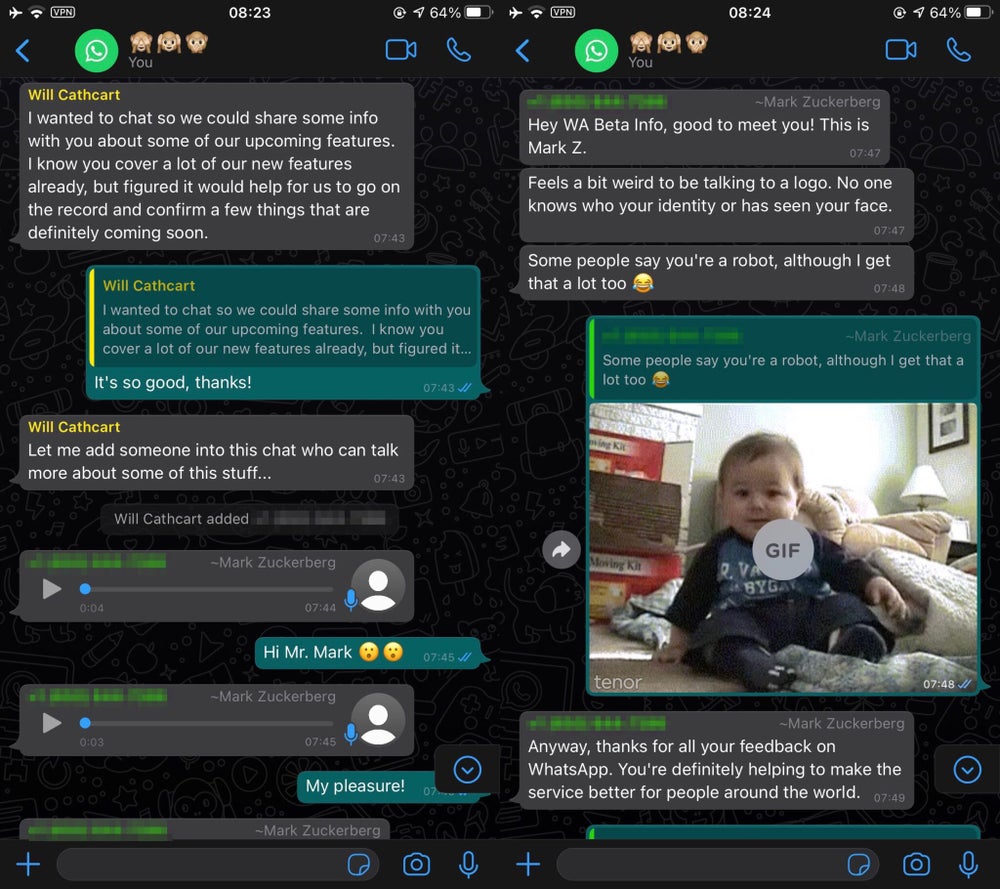 Right now, people can use the application on different devices, but it's not possible to use them at the same time. Facebook founder Mark Zuckerberg, who now owns the instant-messaging platform, said they're working on allowing the WhatsApp account to be used on different devices without an active Internet connection. "It has been a great technical challenge to synchronize all your messages and content," he said. 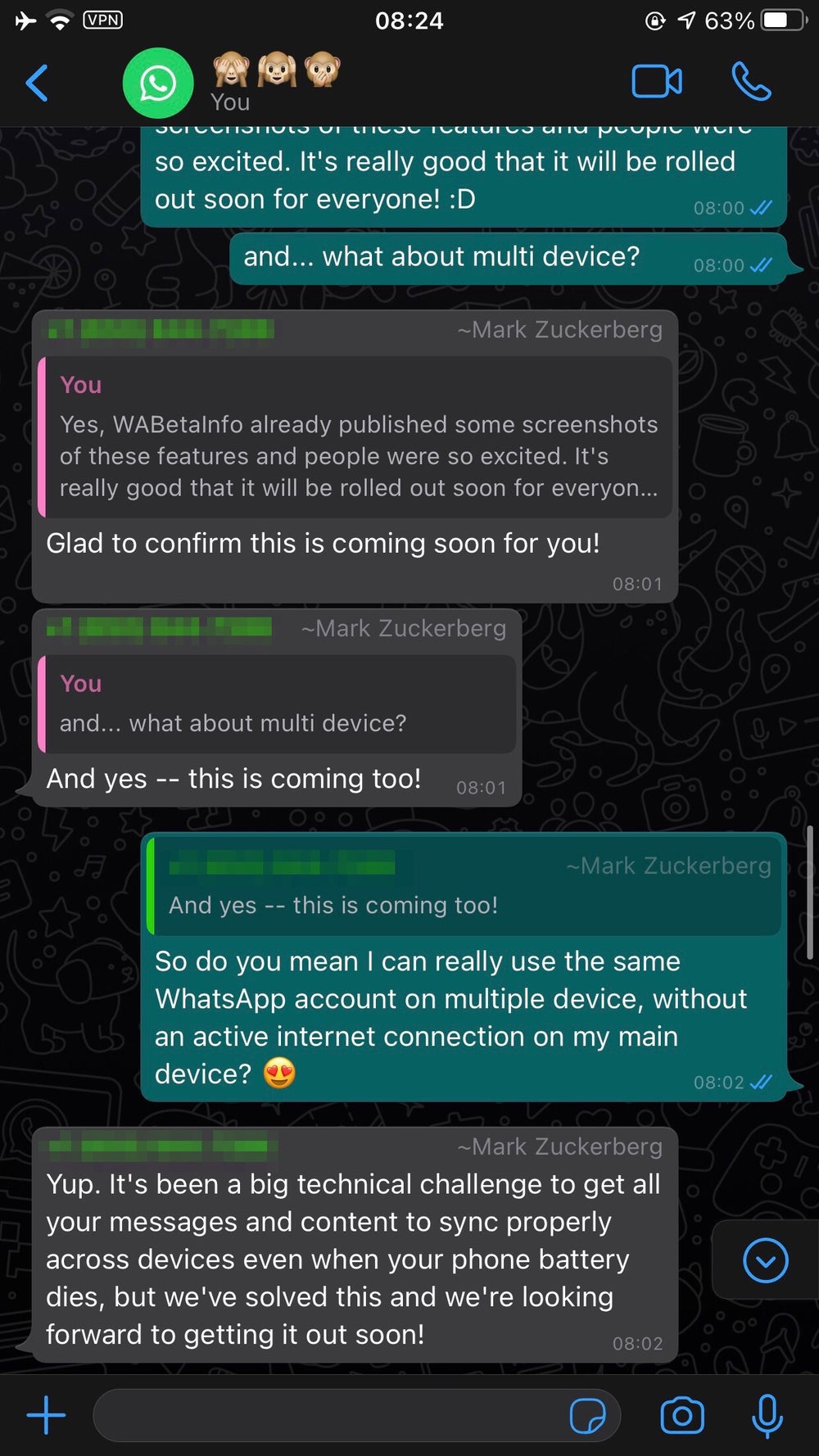 Apparently, this update will be available to beta users in the coming months. Will Cathcart, CEO of WhatsApp, explained that it will only be possible to use on a maximum of four devices at the same time and that the messages will continue to be end-to-end encrypted.

Zuckerberg also said that they will work on multiple improvement updates, which will include "multimedia files that disappear," or photographs and videos that can only be opened once before they vanish. 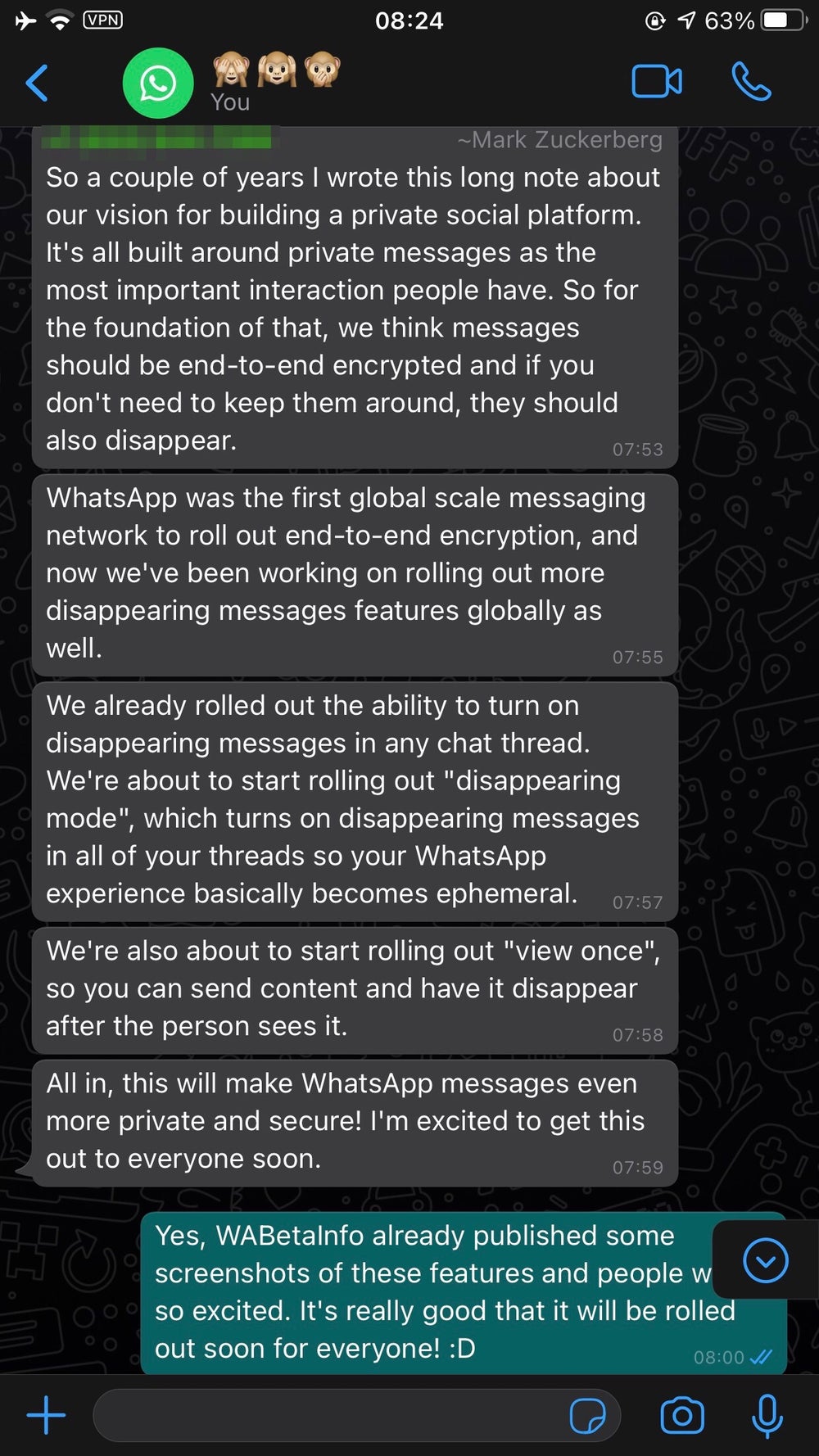 WhatsApp is also working on generating ephemeral messages, meaning messages from various conversations that are deleted from time to time.

Do you want to increase your sales? Join the 'WhatsApp Fridays' for free

Why Messaging Is the Future of Market Research