Ethereum is striving to lay the red carpet for Ethereum 2.0, one of the biggest upgrades in the history of any public blockchains. 2021 has undoubtedl...

By Haroon Baig June 21, 2021
This story originally appeared on ValueWalk

Ethereum is striving to lay the red carpet for Ethereum 2.0, one of the biggest upgrades in the history of any public blockchains. 2021 has undoubtedly been a year full of progress as Ethereum aims to shift from the publicly dreaded Proof of Work algorithm to the much anticipated Proof of Stake algorithm.

While there may be a few projects that beat Etherueum in adopting Proof of Stake, they miss the network effect, ease of development, and a secure platform that Ethereum is known for.

Every year, Ethereum introduces necessary improvements to its underlying architecture with periodic upgrades, and this year, we get to see the London and Berlin Hard Fork. Both of these upgrades introduce a new transaction type to the network, and solve the age-old high gas fees and its inherent network congestion problem.

While this in itself is something to celebrate, does this mean Etheruem will become more scalable? Do we finally move on from the myriad of scalability problems such as high gas fees, low throughput, network congestion, and more? Well, the answer to these questions is a little more complicated.

Before we assume that Ethereum finally solves its scalability problems, let’s see how these upgrades are crucial for the network. The Berlin Hard Fork, named after the first DevCon host city and the capital of Germany was announced earlier in March this year.

Here’s a short summary of the EIPs implemented in the the Berlin Hard Fork upgrade:

From Berlin To London - The London Hard Fork

The London Hard Fork is easily one of the most awaited upgrades among the Ethereum community that plans to solve the age-old problem of high transaction fees on the Ethereum Network, but not by that much. 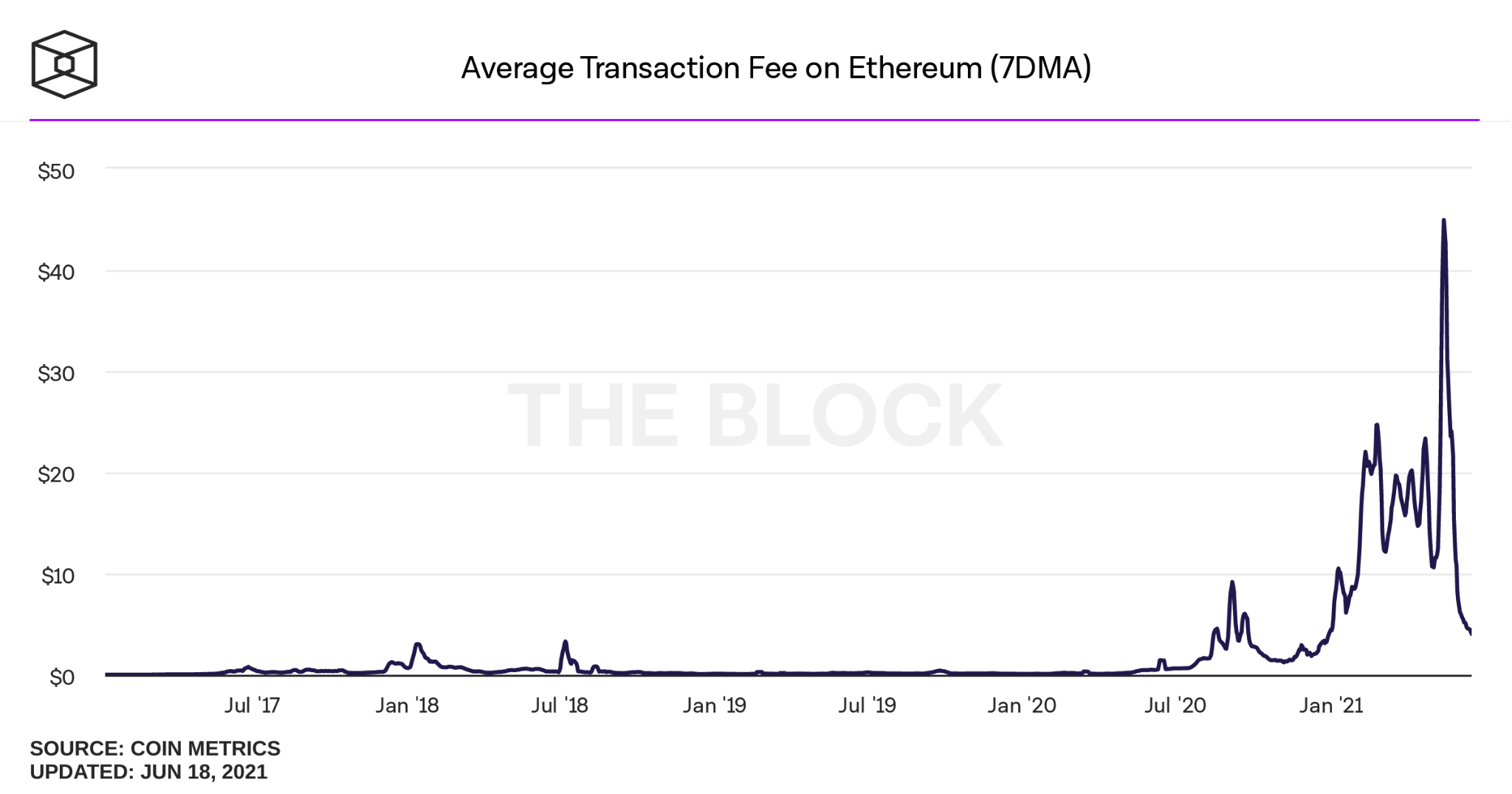 The London hard fork solves those issues by implementing several changes that allow users to pay less fees and settle their transactions quicker than before. At the heart of the London Hard Fork is the EIP-1559 along with other proposals.

The EIP-1559 introduces a new transaction fee mechanism by replacing their First Price Auction model. Instead of a single fee, we now have two fees; the Base Fees and the Inclusion Fees. The base fees will allow the network and wallets to accurately estimate the gas fees while the inclusion fees is an (optional) tip for miners.

This new fee mechanism mitigates the needless congestion and delays for users normally caused by miners. It optimizes the auction mechanism, and allows the network to minimize the extreme volatility surrounding network fee levels, and the potential for selfish mining attack vectors.

EIP-1559 does improve the overall experience of using the network which could translate to higher adoption and it turns Ethereum into a deflationary asset by burning the base fees. But, does EIP-1559 make Ethereum more scalable? Let’s find out!

Berlin And London Hard Fork Are Not Enough

Now, let’s address the elephant in the room. Both the London and Belin Hard Fork improve the overall experience of using the Ethereum network. It turns Ether into a productive asset by promoting it as an exceptional store of value with a deflationary characteristic. However, it doesn’t directly make Ethereum more scalable.

By introducing the new transaction types, users won’t have to overbid the gas fees, but this could be countered by users willing to pay more for transactions. Both the London and Berlin Hard Forks do not directly improve Ethereum’s scalability problems. Most of the proposed features have an indirect effect. But what if I told you there are solutions that could definitely make Ethereum much more scalable to handle large-scale applications?

Layer-2 Scaling Solutions To The Rescue

Layer-2 is the shared term for solutions designed to help scale DApps by managing transactions off of the Ethereum mainnet, in this case, the layer-1, while leveraging it’s decentralized economic security model.

A lot of Ethereum’s scalability problems come from network congestion and high network transaction fees. Transaction speeds tend to suffer when the network gets busier that ruins the user experience for various DApps. With the network getting busier, gas prices tend to skyrocket as senders aim to outbid each other.

However, the layer-2 solutions change everything. 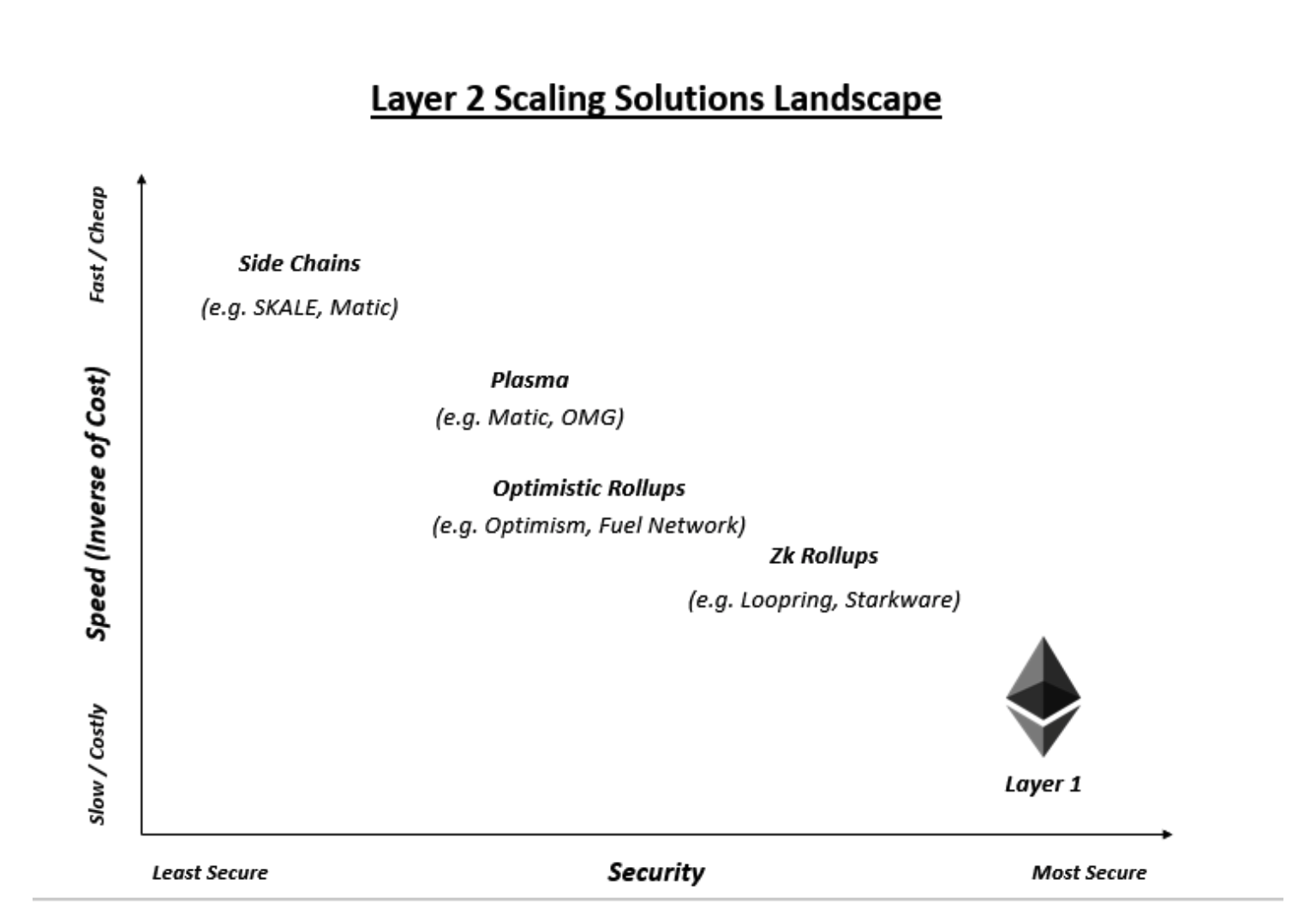 Layer-2 scaling solutions such as Roll-ups, Channels, and Plasma are groundbreaking. With these scaling solutions, people can finally run their businesses and applications on Ethereum at lower costs, high throughput, and rich functionality. Layer-2 solutions aren’t limited to payments, they are revolutionary and could pave the way for decentralized economies and open finance.

If you don’t know what Roll-ups are, these are the Layer-2 solutions that execute transactions outside of the Ethereum mainnet, which significantly reduces fees and increases transaction throughput. Even Ethereum’s founder, Vitalik Buterin, claims that roll-ups are the current best option before ETH 2.0 is live.

Currently, there are two types of roll-ups with different security models:

ZK Rollups, short for Zero-Knowledge Rollups, bundle hundreds of transfers off-chain and produce a cryptographic proof, known as SNARKS, which serves as a validity proof that is posted on the mainnet. With ZK rollups, transactions can enjoy faster finality time because the state is initially verified once the proofs are sent to the main chain.

They’re not vulnerable to attacks, and are highly secure and decentralized since the data needed to recover the state is stored on the layer 1 chain. However, one of the main problems of ZK Rollups is that they could be computationally expensive, making them less worthy for applications with little on-chain activity.

Moreover, ZK rollups are too hard to build on as developers need to learn new languages and rewrite their smart contracts and the current mechanism isn’t very suitable for large-scale applications because of the potential bottlenecks. Some of the most promising ZK rollup implementations are Loopring, Starkware, and Aztec 2.0.

Optimistic Rollups exist parallel to the Ethereum mainnet. They greatly improve the scalability because they aren’t computationally expensive. Optimistic Rollups, as the name suggests, are used because aggregators provide the bare minimum information needed without any proof, assuming aggregators are running without committing frauds. The aggregators will have to provide proof in case of fraud.

Optimistic rollups can make transactions 100 times more scalable. This number could increase even more after ETH 2.0 introduces shard chains. Moreover, you don’t have to learn a new language or update your smart contracts because Optimistic rollups are EVM and Solidity compatible.

One of the most promising implementations of Optimistic rollups is Metis. Metis introduces its own implementation of Optimistic rollups, making it more decentralized and scalable. It does so by removing redundant complexities and frictions from Ethereum by addressing many of the existing problems with the Layer-2 scaling solutions with its Metis Virtual Machine and it enables Ethereum to support sophisticated collaborations and not just transactions and payments.

Channels operate by locking up some of the blockchain’s state into a multisig contract that requires signatures of multiple private keys to execute. Currently, there are two types of channels: State Channels and Payment Channels. Both the Channels operate very similarly to the lightning network. State channel supports general state updates while Payment Channels only deal with payments.

Furthermore, Plasma Chains are blockchains anchored to the main Ethereum chain. Also known as Child chains, Plasma chains are smaller copies of the Ethereum mainnet that serve to offload bandwidth from the parent chain.

They’re great for high throughput and lower costs per transaction; however, they only offer basic computation for basic token transfers and swaps. Moreover, it depends on one or more operators to store data and manage requests and has a lot of security risks and challenges.

Layer-2 Scaling solutions are a world of their own. They solve a lot of the underlying scalability issues faced by Ethereum. Promising platforms such as Metis and others are striving to optimize and leverage layer-2 solutions to introduce a scalable, usable, and feasible solution for large-scale applications.

The London and Berlin Hard Fork are the necessary updates that could set the foundation for a better user experience; however, they do not come close to the scalability and flexibility offered by Layer-2 scaling solutions.

Haroon Baig is an Ex-Microsoft hire, a coding geek turned freelance researcher and writer at Decentralised Lab. He works with companies of every size in the blockchain space to establish, expand, and improve their online footprint through his writings. He got involved in the crypto space back in 2012 and was fascinated by the underlying technology. Since then, He has been educating people about this space through his content.