Darren Weeks started investing in the Stock Market at age 10. Here are some tips from the 'Canadian Rich Dad'

The businessman talks to us about the importance of financial education and how we can start investing.

By María Arcia June 23, 2021
This article was translated from our Spanish edition. Opinions expressed by Entrepreneur contributors are their own.

What did you play as a child, what did you want the most or what did you do? My therapist says that those games we enjoyed the most can help define what we are passionate about later in life.

Darren Weeks , better known as the ' Canadian Rich Dad ', author of the book " The Art of Raising Capital ", wanted to be a millionaire and indeed, that idea would help him build a path to reach his goal.

“When I was six years old, I remember that I wanted to be rich, so I started doing things that were different or out of the reach of a child my age, I started investing in the Stock Market when I was 10 years old. I was always a very hard worker, whether I was shoveling the snow outside my neighbors' houses, or delivering newspapers, but I was always working, "says Darren Weeks , in an interview for Entrepreneur in Spanish.

Not everything works for everyone

Weeks, managed to raise the money and buy his first car when he was 15 years old. However, in his mind there were always the thoughts of his parents who told him that "if he wanted to be rich he had to go to college and get a job."

"Before college I was doing very well, I was making money investing in stocks, on paper, in different places," he says.

Despite this, the now-finance guru began studying business at the University of Alberta, Canada, but quickly realized that he was not "that good" in school. In addition, he suffered a great disappointment when he finished his career and could not find a job so easily.

“During my college years I also kept doing business and that's when I bought my first property, but when I graduated from college my grades were so low that I couldn't get a job. I was so disappointed to finish a college degree and not even be able to get a job, so after college I started investing and was able to buy about 10 properties, and after that was when I read Robert Kiyosaki's book, Rich Dad, Father Poor ”, he expresses.

Reading this book made Darren Weeks realize the importance of having a mentor if he wanted to further develop his heritage. Later, he met the author and thanks to his desire to learn and follow the rules of the game taught by Kiyosaki, the two became great friends. 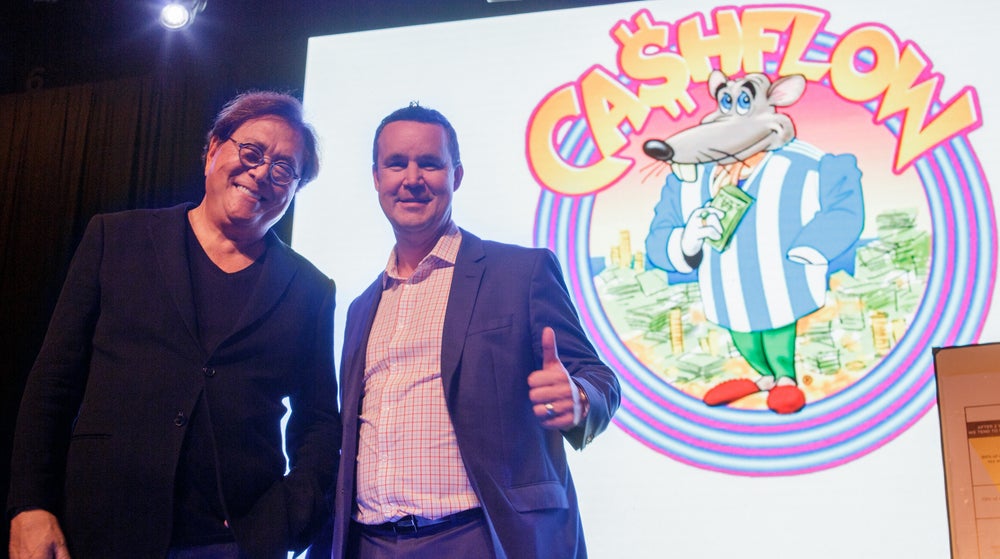 “Over the years I became more friends with him, part of his circle and after that he ends up asking me if I want to be one of Rich Dad's advisers. Finally, I was able to raise a lot of money, we made departments, and I made a profit of 150 million dollars, ”he explains.

Darren is known as the “Canadian Rich Dad” because he dedicates himself to being a public speaker, financial educator and participating in projects to teach people to “make money work for them”, a career that began in his native Canada.

Currently, the businessman exercises financial education in our country through the Freedom Investment Club Mexico.

You can do it

Certainly not everyone has the same opportunities to face life's challenges. However, this financial mentor believes that both he and Kiyosaki have faith in the belief system that "yes, you can do it."

For Darren, the university did not work as much and he explains that from his perspective it is best to focus on problem solving and that many times those skills or answers do not come in a book or do not mean a grade 10.

“What I try to do with people who try to learn from me is not to give them the answer, but rather to motivate them to find the answer, and if you need an exact answer you will not find it. Robert Kiyosaki never gave me an exact answer, but by following my mentor, realizing it, and observing, I was able to get the correct answers. "

Similarly, Darren Weeks shared some tips for those who want to start investing their money:

1. Improve your discipline: "The first thing you have to do is have the discipline to set aside little money every day, little by little."

2. Educate yourself: you can start with content that helps you study and learn that is free on the Internet or even ask someone to give you some books.

3. Analyze: you have to know what your own financial situation is, write down your expenses and income.

“That basically means that you know exactly how much money you need to be able to live each month. For example, if you spend 15,000 pesos in total per month for all your expenses, your job is what to do with the money that you are not using to survive, is to take it and find business opportunities that give you cash flow, so that you can have more money, or passive inflows of money that are greater than the amount of money you are spending as the years go by "

4. Take action: now that you are informed, get to work.

Financial education could change a country

“ It seems to me that financial education can change the country, and now I take a very nationalistic role, now that I am a resident and that I live in Mexico, I see so many people, entrepreneurs and business owners who work so hard and they really do. The only thing they need is extra capital to be able to make their businesses grow, but the banking systems, or the financial systems do not have that help available, if that help were available it would increase the number of jobs that these companies could offer ”, he concludes.