Staycation, the option to take your home office anywhere and be a digital nomad

The Mexican startup Casai merged hotel quality standards with the comforts of an apartment, to offer safe spaces where you can live and work while taking a break from the routine.

By Mairem Del Río June 29, 2021
This article was translated from our Spanish edition using AI technologies. Errors may exist due to this process. Opinions expressed by Entrepreneur contributors are their own.

Since the confinements began in Mexico, in March 2020, the home office has become the new norm for millions of workers, independent professionals and entrepreneurs. Although it has some drawbacks (such as the difficulty of separating work and personal life), it has one great advantage: the freedom to work from anywhere . Thus arises the concept of 'staycation' , a solution for those who wish to become digital nomads without sacrificing comfort.

This is where the Mexican startup Casai comes in , offering lodging experiences in apartments equipped with hotel amenities .

“We have furnished apartments in the best locations, where we offer hotel quality. We merge the design, technology and comforts of a hotel with a local atmosphere. The design elements are made by local producers to promote the domestic market ”, explained Maricarmen Herrerías , co-founder of Casai , for Entrepreneur en Español. 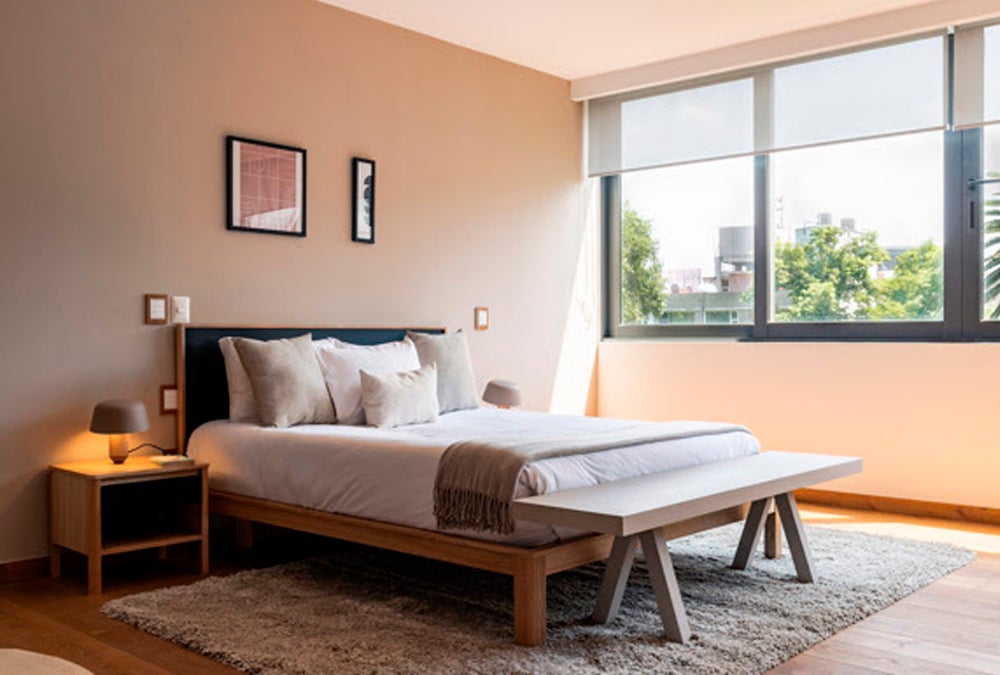 These spaces have an equipped kitchen and outdoor spaces , such as balconies and terraces. In addition, they have everything to facilitate the home office : high-speed WiFi internet, Google Home, Chromecast, Smart TV and workstations.

“What we do is rent the apartments and turn them into a Casai. We adapt them to our concept and quality standards, with all the comfort of a hotel, to make it habitable and operate it ”, added the businesswoman.

Take the best of two worlds to create something new

Casai emerged at the end of 2019, after the founding partners, Maricarmen Herrerías and Nico Barawid, detected a gap in the accommodation offer.

“Nico comes from the startup world, he traveled a lot for business and often stayed in apartments for short stays. Then he noticed that many times they do not have quality internet or the furniture is deficient, and you cannot work well there, "said Herrerías." I came from the hotel world and knew what the standards are sought. So we decided to merge the best of both worlds: stability and hotel quality, with the flexibility of a department ”.

The creators of Casai added another element to the equation: technology . "We felt, and still feel, that at least in Latin America, the technological part is not fully exploited in the tourism or hospitality sector," Maricarmen told Entrepreneur en Español. This is how they integrated elements such as keyless and contactless check-in , as well as remotely controlling the lights, the audio system or the Smart TV through an intelligent assistant .

The pandemic: an opportunity for growth

The founders of Casai did not know that only a few months after starting operations, mobility would suffer unprecedented limitations on a global level. However, during 2020 they reached 90% occupancy in their rooms, something they attribute to the fact that their spaces are adapted to offer a safe experience in the ' new normal '.

“We launched this project at one of the most difficult times for the tourism industry. We have learned in a short time to adapt to the new needs of current circumstances. People are looking for new ways to travel, even in their own city, ”said Maricarmen Herrerías. 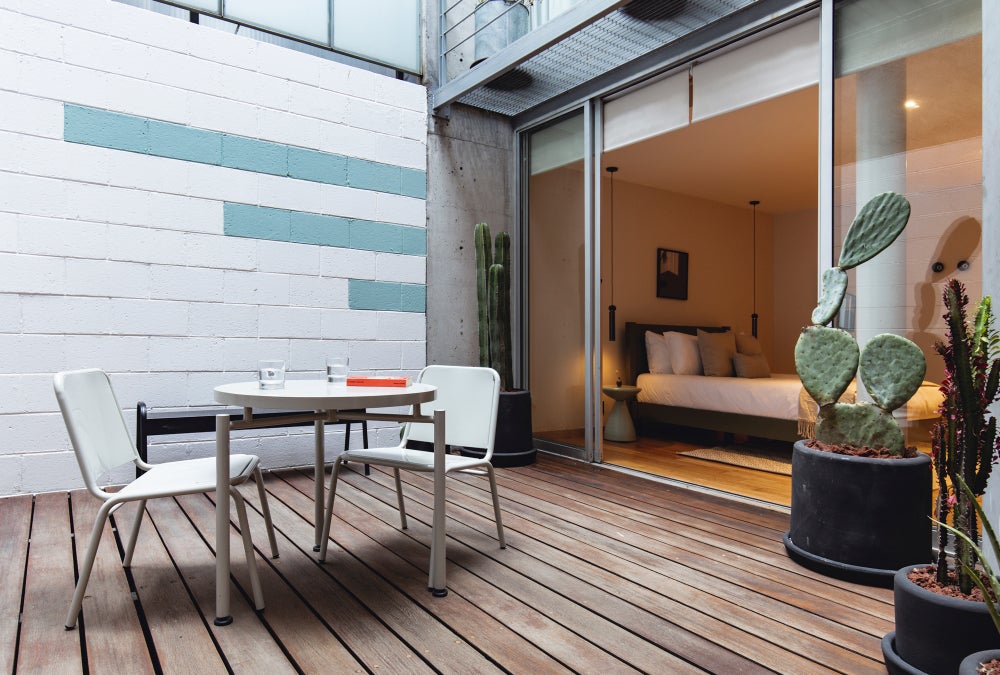 According to the Secretary of Tourism , Miguel Torruco , the sector had a drop of 49.3% between January 2020 and the same month of this year, and it is expected to recover until 2023.

Nico Barawid , co-founder and CEO of Casai , affirms that “March 2020 marked a before and after” in hospital ventures like his.

“The ambiguity and anxiety of the pandemic was harsh for Casai, as it was for the entire industry. This fact forced those of us who are part of this sector to reinvent ourselves, and face the challenges and needs of local tourism in the post-pandemic context ”, commented the businessman.

The founding partners are convinced that staycation will be a key trend during 2021. This is to drive the reactivation of domestic tourism in Mexico, since it promotes the local market and has a direct impact on consumption.

Currently, Casai works hand in hand with the Ministry of Tourism to promote the development of the industry. In Mexico City they have more than 200 apartments in neighborhoods such as Roma Norte, Condesa, Santa Fe and Polanco. But its impact is not limited to the Mexican capital.

Since last February, the startup expanded its offer to other destinations, thanks to a capital injection of 50 million dollars. This is how they created Getaways by Casai , which offers premium quality accommodations in destinations such as Puerto Vallarta , Valle de Bravo and Riviera Maya , among others. 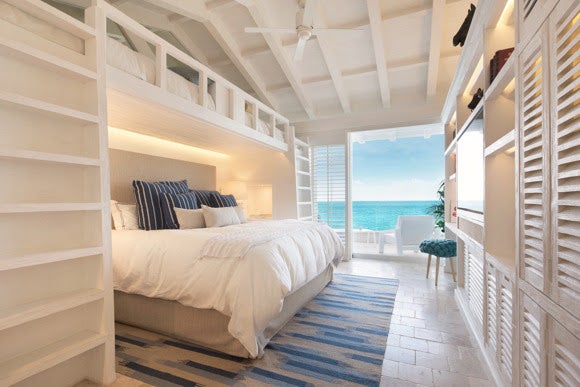 This is what one of the properties offered by the Mexican startup casai looks like in the Riviera Maya. Credit: Courtesy Casai.

In each region they collaborate with hosts and service providers, to offer safe experiences adapted to the current context. These include local guides , security , design features unique to the area, and all telecommuting services .

For now, the spaces offered by the company through Getaways by Casai vary between houses and villas. These provide a safe and private place for families, small groups or single people looking to escape from the routine and make a home office , inside or outside their city.

By 2021, Casai plans to increase the number of properties and expand to new regions of the country. They estimate to have some 500 properties by the end of the year and reach new markets in Latin America. In fact, at the beginning of May they announced their expansion to Brazil with an investment of more than 18 million dollars to offer apartments in the most exclusive neighborhoods of São Paulo . 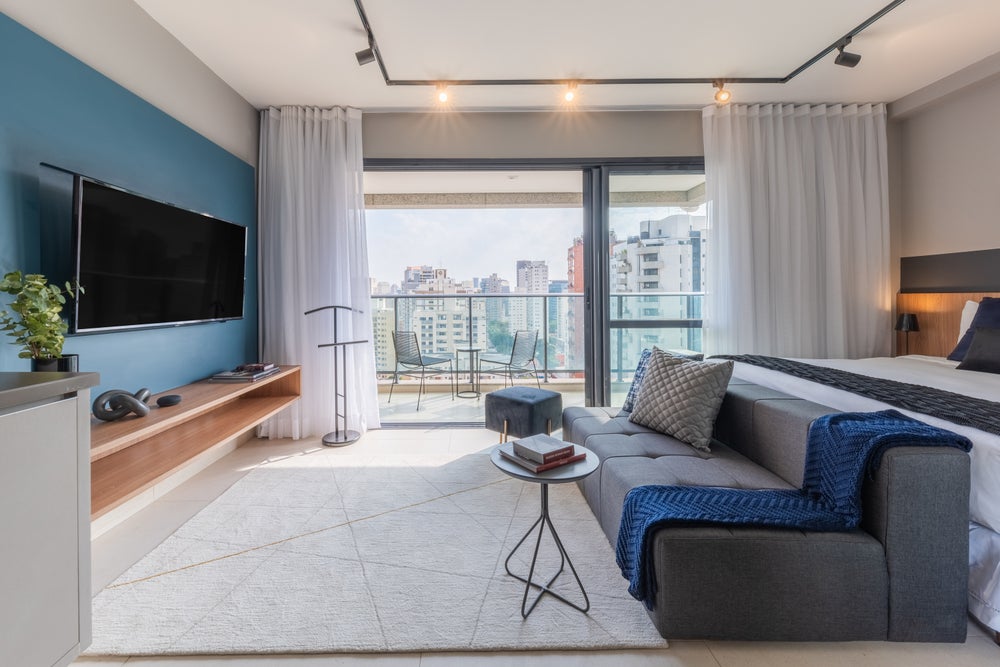 One of the Casai apartments available in Sao Paulo, Brazil. Credit: Courtesy Casai.

According to Jordi Llorens , CEO of Mundo Joven , recent studies indicate that this year Mexico will be a country of "domestic trips, with people preferring to travel less than 200 miles (321.8 kilometers) from their place of residence" to vacation and even to work.

In the webinar 'Challenges and needs of post-pandemic local tourism' , organized by Casai last March, Llorens explained that In recent months, organizations have discovered the value of the home office . They have seen that telecommuting does not compromise their profitability and they have become more flexible about it. This has led to a rebound in trends such as bleisure travel and staycation .

Ever wanted to become a premium digital nomad?