Do you remember MySpace and Friendster? This is the history of social media

Believe it or not, we are experiencing the second boom of social media.

By Jorge Alor June 30, 2021
This article was translated from our Spanish edition using AI technologies. Errors may exist due to this process. Opinions expressed by Entrepreneur contributors are their own.

The arrival of the Internet, some years ago, generated a before and after in different civilizations, opening the way to a new way of communication between users who did not necessarily need to be in the same room. For example, with email, web pages or forums . The interaction between people began to gain, little by little, more and more strength, eliminating -among other things- a large number of cultural or language borders.

In those days, no one imagined the power they would acquire, or how so many aspects of our lives would change, from the way we relate, live new experiences, manage a bank account, study and even flirt.

In 1997 SixDegrees was created, which can be considered as the first social network in the world; a network that made it possible to locate other members of the network and create lists of friends, and which was based on the theory of the six degrees of separation, which states that it is possible to connect with anyone else in the world in just 6 steps. In 2001 SixDegrees disappeared, but it only took a few more months for the then lucky digital users to start enjoying new social networks, such as Friendster , which was created in 2002 as a social network for video game lovers, or MySpace and LinkedIn , which appeared in 2003, being considered much more professional and business-oriented networks.

And until 2004, a young university student from Harvard University placed the icing on the cake, and created the most important social network, today, in the world: Facebook . Only a year later, in 2005, a new revolution emerged, which today remains one of the most important social networks: YouTube . A network created by Chad Hurley, Steve Chen and Jawn Karim in San Bruno, California, and later in 2006, the microblogging social network emerged in San Francisco from Jack Dorsey , Noah Glass, Biz Stone and Evan Williams: Twitter , which was initially called twttr , to later evolve to the current name. And since then the launch of new social networks has not stopped growing, examples such as Twitch , TikTok , Vine , Snapchat , to name a few.

Times have changed a lot and the needs of users as well, social networks have gradually become vehicles for people to socialize and today we are entering a new stage of the digital age, having a percentage of use in Mexico of about 70% of the world's population connecting to some social network.

Currently in Mexico there are 100 million people who make use of the various social media platforms , which represents 77.2% of the Mexican population active on the internet.
Of the total number of users who use social networks, 98.9% access through their mobile devices. In the first place of preference is YouTube with 94%, followed by Facebook with 95% of visits and then WhatsApp with 91%. Facebook Messenger was used by 79% of Mexicans and Instagram appears in fifth place with 77 percent.

By January 2021, the use of social networks in Mexico increased 12%, that is, 11 million new users. The crisis derived from COVID-19 made the speed of "modern times" become from one second to another into an increasingly uncertain vertigo, but with a renewed future for social networks, and in itself a promising future for everything what provides a more human touch to the dehumanized reality we live in. 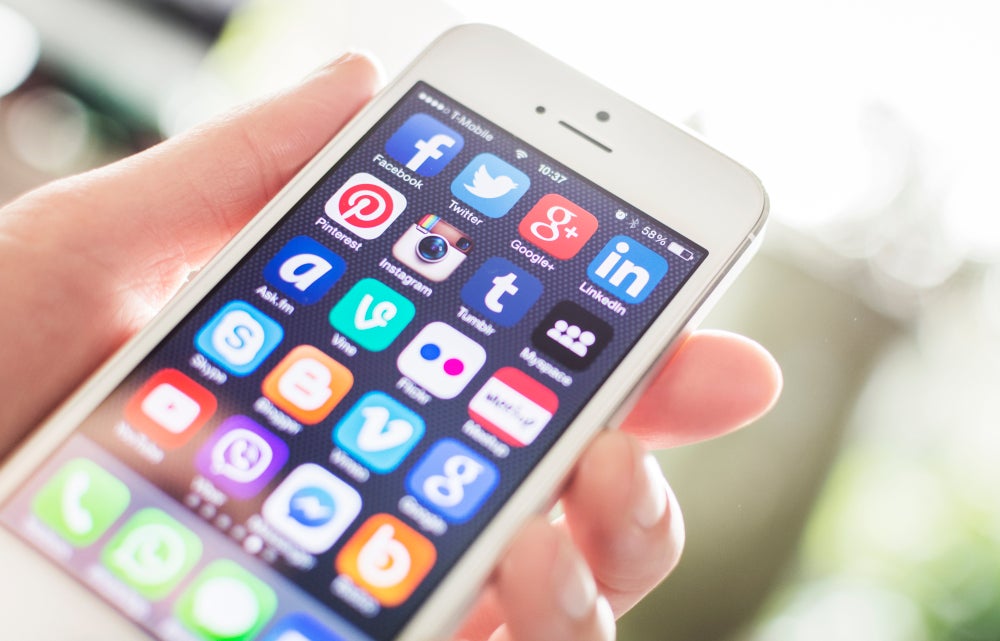 By January 2021, the use of social networks in Mexico increased 12%, that is, 11 million new users / Image: Depositphotos.com

Clearly the trend speaks of an instance of evolution towards creating experiences and virtual worlds to socialize, shop, travel, have fun and all the possibilities that virtual worlds will offer. Virtual and augmented reality are two developments that will vastly change social environments in the next decade. Companies like Facebook are making great strides to put Oculus (virtual reality glasses) into operation in more and more services and Facebook Spaces , the Virtual Reality social network that continues to expand where you can communicate with friends in a 3D environment where each person has their own own avatar and to interact with others you have to use voice messages.

Our social environments will be very different in the next five years, social networks will be a world full of digital experiences. More and more tangible experiences. A clear example of this is the use of formats and devices in audiovisual consumption such as Epic Games, the aforementioned Facebook (Horizon project), Microsoft, Google, Amazon, Sony, Magic Leap, Apple, Alibaba, have done, for example. Valve, Improbable, Unity, build new parts, they will continually emerge over the next decade. Singularity6, Novaquark, Niantic, and Pinduoduo, to name just a few.

Another sign that audio may be the future of online communication is that tech giants Apple, Amazon and Google are constantly pouring money into their voice control applications. Although their dream of making Siri, Alexa and Google Home portals for quick online purchases has not been fulfilled, they are still investing heavily in audio-based communication technology. They may also see the potential of audio as a new medium of choice for online interaction.

In addition to these trends, it is remarkable and very important to talk about the rapid growth of the economy in the technology industry, it will be even greater in the next decade and will allow creating more opportunities for more actors. The decentralization of actions on the Internet will allow small businesses to grow more. If social networks allow someone to sell directly through Instagram, serve their customers through Messenger or send money instantly through WhatsApp, it will be the beginning of Blockchain .

We cannot forget Artificial Intelligence and its role, increasingly important in social networks. AI can help today to perform an analysis of a large volume of data in order to identify patterns of user behavior. Algorithms based on artificial intelligence allow for more effective segmentations, showing the user highly personalized content, adapted to the use they make of the social network and their interests. Social media platforms in general have already started to launch artificial intelligence technology and marketing agencies are already exploring new ways to use this technology in the social media universe.

At BNN we think that it is, in turn, an environment in constant evolution, platforms, user behavior, tools and formats change. What we are sure of is that the future will be full of experiences with technology, virtual worlds and new technology, we will have a complete life in one or more virtual worlds where we will do everything we do today in our daily lives and our job is to explore all the possibilities to take our clients and their consumers there.

We Need to Hold Facebook Accountable for Hiding Data

Arista Networks Rallies To New Highs Ahead Of Earnings