Ikea launches a collection to celebrate Pride, but people were afraid of the 'bisexual armchair'

The brand launched several love seats inspired by the different flags that represent LGBTQ + groups, but the bisexual armchair caused a lot of noise on social networks.

By Entrepreneur en Español June 30, 2021
This article was translated from our Spanish edition using AI technologies. Errors may exist due to this process.

Ikea Canada wanted to join the celebration of LGBT + Pride with a new collection of armchairs intervened by artists, but its campaign did not quite arouse the expected reactions. As reported by CNN , the Swiss store line called Love Seats sought to celebrate 10 of the groups that are part of the LGBTQ + community. Each piece is unique and is inspired by a flag. The purpose of this collection is to show that the community is made up of more than just the rainbow flag and that the diversity that exists within it must be recognized. 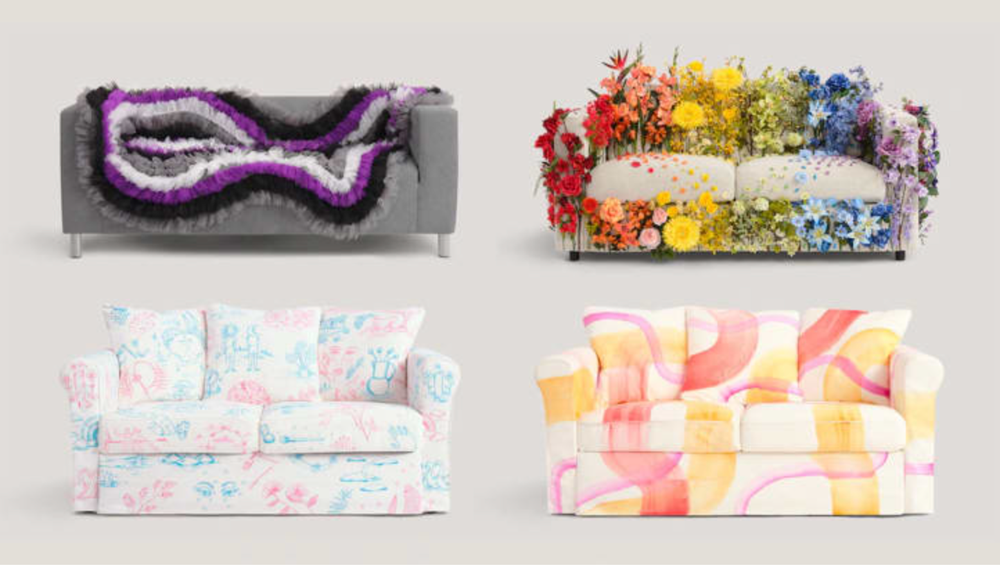 Most of the designers who collaborated in creating these armchairs are part of the community, each seeking to express something different. Charlotte carbone is a queer designer from Canada who commissioned the Bisexual, Non-Binary and Gender Fluid flag inspired armchairs.

Of all the pieces, the armchair inspired by bisexuality was the one that attracted the most attention on the internet . The design is formed by fabric hands that cover the entire chair and the armrests have plastic arms on top. These decorations seemed unappealing to several Twitter users and some turned it into a meme, saying that it scared them and that the image haunted them.

Ikea's bisexual armchair looks like something out of an Italian technicolor horror movie pic.twitter.com/BJ0bWEGpwD

IKEA Really did something with that bisexual couch pic.twitter.com/CCBgErvFo3

There is only one explanation for the bisexual IKEA couch: Zuul. https://t.co/ZiXcb0iniP pic.twitter.com/FKFeKXkyWq

The cushions are written with the phrase: “When you change the conjunction 'or' for 'and', nobody believes you”, referring to biphobic comments. He also expressed dissatisfaction with the phrase because, instead of reflecting something beautiful, it makes you think of biphobia.

Apart from that, the rest of the collection has been considered a success because it is not a line to be sold, only an artistic representation.

What do you think of these armchairs?