Is a Breakout in the Charts for The Children's Place?

Shares of Children's Place Inc. (PLCE) were trending higher since September, but the stock has recently been hitting a resistance line. If the stock b...

By Christian Tharp July 15, 2021
This story originally appeared on StockNews

Shares of Children's Place Inc. (PLCE) were trending higher since September, but the stock has recently been hitting a resistance line. If the stock breaks through this level, a breakout could soon occur. Read more to learn how to profit from this trade.

Children's Place Inc. (PLCE) is a specialty retailer that sells accessories, footwear, and other items for children. The company has over a thousand stores in North America and also sells through its website and wholesale. It reaches more than a dozen other countries, with franchise partners operating stores, shops, or e-commerce sites.

The company has undertaken growth efforts such as enhancing its digital capabilities, augmenting its supply chain, and improving its financial flexibility. PLCE had a strong first-quarter, driven by a favorable response towards its product assortment, higher price realization, and consumers spending stimulus checks.

While PLCE had a strong first quarter, revenue growth has essentially been flat over the past five years, while earnings have fallen an average of 17.7% per year over the same period. However, analysts forecast earnings to surge 120.9% year over year in the current quarter.

The stock appears fairly valued with a forward P/E of 20.66. The stock was trending higher since September, but has shown mixed performance recently as shown in the chart below.

Take a look at the 1-year chart of PLCE below with added notations: 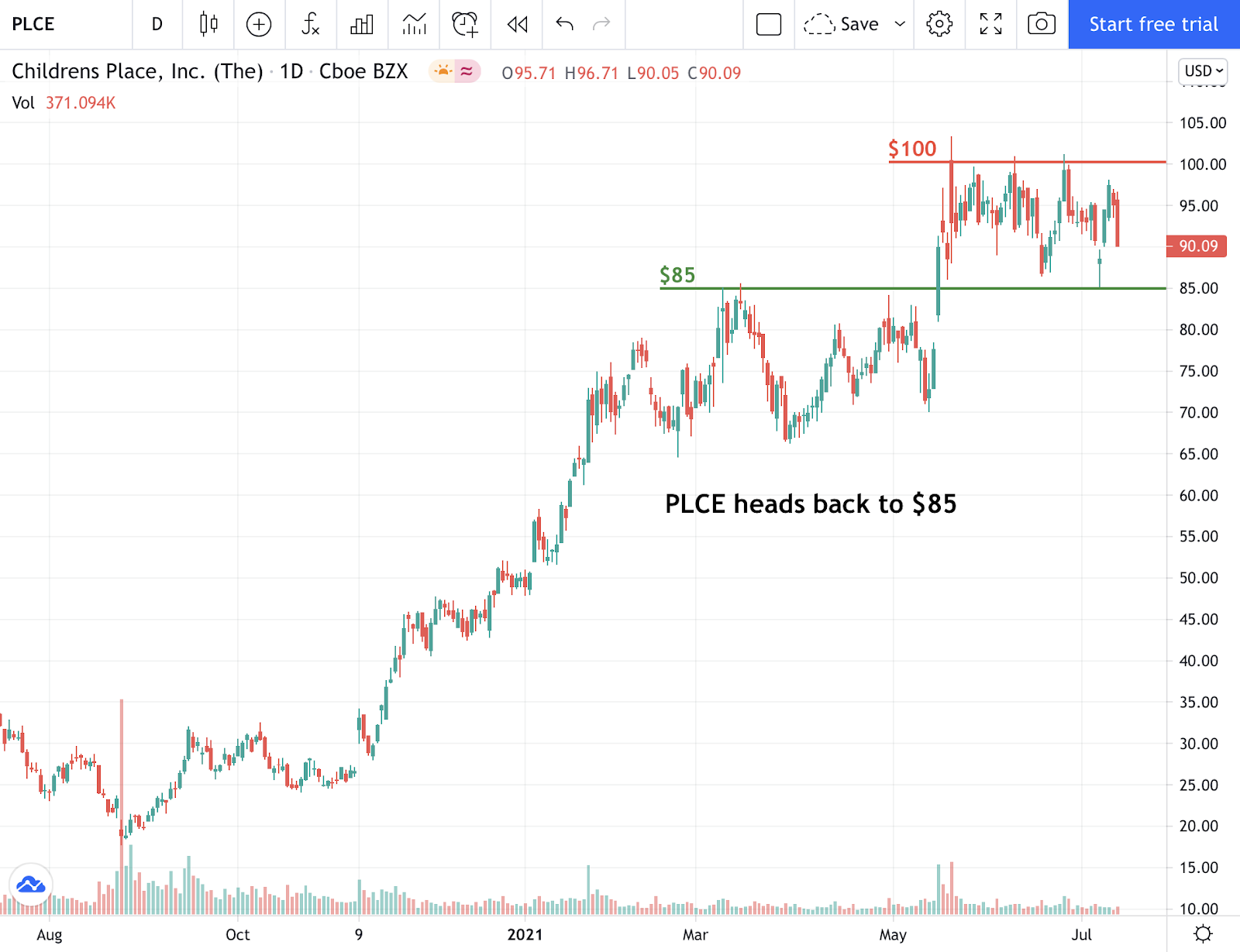 Chart of PLCE provided by TradingView

PLCE has been in a clear trend higher during the past year, but the stock has recently struggled to get past the $100 resistance (red), which is also the 52-week high. That mark is also preventing the stock from hitting new highs. PLCE looks to be dropping back, which may mean another test of the key level at $85 (green).

The possible long position on the stock would be on a breakout above the $100 resistance level which is also the 52-week high.

The post Is a Breakout in the Charts for The Children's Place? appeared first on StockNews.com