Carl Karcher invested $ 311 to found one of the most popular fast food chains in the world.
Next Article

March Violante
Entrepreneur Staff
home
July 16, 2021 5 min read
This article was translated from our Spanish edition using AI technologies. Errors may exist due to this process.

There are many stories of entrepreneurs who started with little more than nothing and who, thanks to their efforts, built an internationally recognized brand. One of my favorites is without a doubt that of the fast food chain Carl's Jr. as it tells how something as innocuous as a hot dog stand can be the starting point of a great business.

Let's travel just over 100 years in the past to Upper Sandusky, Ohio, United States. Carl Nicholas Karcher , son of peasants Leo and Anna Maria Karcher, was born on a local farm. His grandparents had emigrated from Belgium, but his grandmother was of German descent.

The young entrepreneur moved to Anaheim, California, to work for his uncle, where he learned a little management and later entered a bakery to work as a delivery man. It was at this time that he met the woman who would be his wife, Margaret Magdalen Heinz. 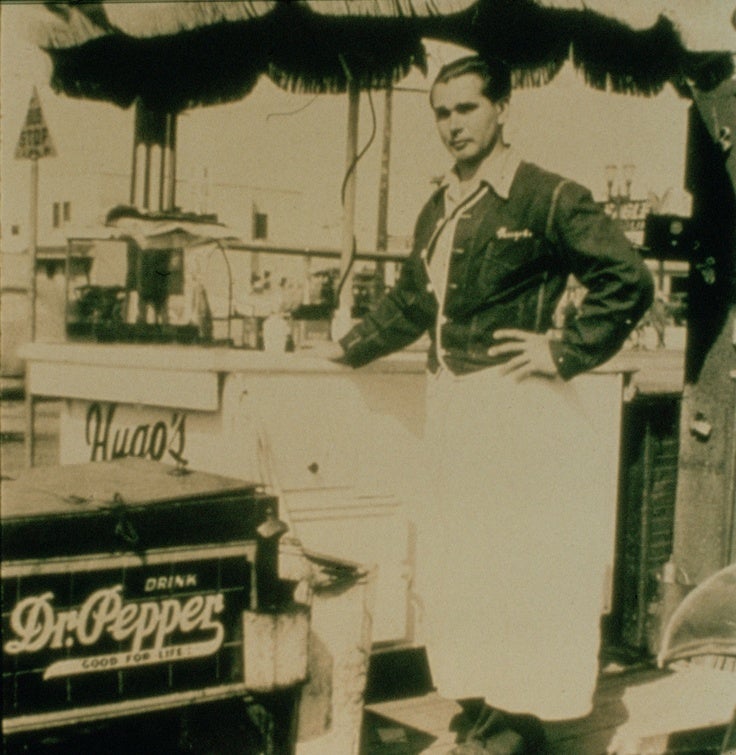 In that 1941 world engulfed in the horrors of World War II, Carl Karcher and his wife saved $ 15 and borrowed another $ 311 to buy a Plymouth car and a hot dog cart that they put up at the corner of Florence and Central streets. in Los Angeles.

At that stand, the Karchers sold chili dogs, hot dogs, and, incredibly, tamales for 10 cents, but you could add a soda for a nickel more.

Carl and Margaret's hot dogs were good enough to allow them to put another four carts in town. With that momentum, the couple moved to Anaheim and, just as Carl turned 28 in 1945, they managed to open their first full-service burger-on-the-menu restaurant: Carl's Drive-In Barbecue. This first restaurant was located at 1108 Palm Street, today Harbor. 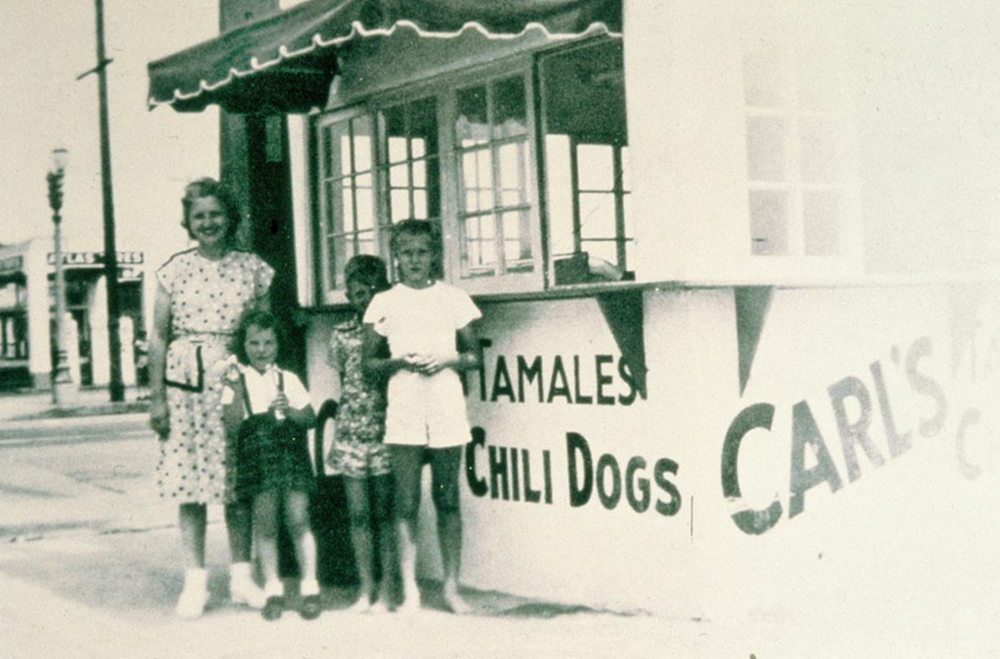 The Arrival of Children: The Carl's Jr.

In 1956, Karcher managed to open two more restaurants that were nicknamed Carl's Jr. by people for being smaller places than the drive-ins that became popular in that decade. Also because Karcher considered that these places were the "children" of his first restaurant.

By the late 1950s, there were already four Carl's Jr. restaurants in Orange County, California . Carl appointed his younger brother Donald as supervisor of these premises.

By the troubled 1960s Karcher already operated 24 restaurants in Southern California and by 1975 had more than 100 locations. In 1979 Carl's Jr. opened his first restaurant outside of California by expanding. It was in 1981 and with 300 restaurants in operation, that Carl Karcher Enterprises became a public company. 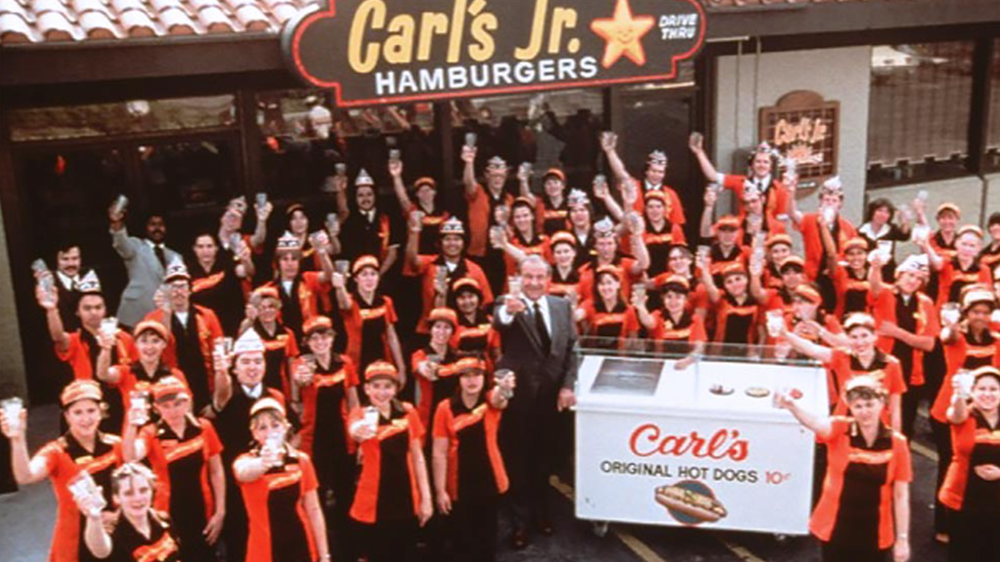 The founder was investigated by the Securities and Exchange Commission (SEC) for insider trading after allegedly telling family members to sell their shares prior to a poor earnings report. Karcher settled the case in July 1989 for $ 664,000.

The chain arrived in Mexico in 1992 with branches in Monterrey and Tijuana. The Aztec nation is the country where Carl's Jr. has the largest presence outside the United States , with 300 branches in 2021.

Karcher served as the company's president until his own board of directors removed him in 1993 after years of infighting over the company's growth strategy. 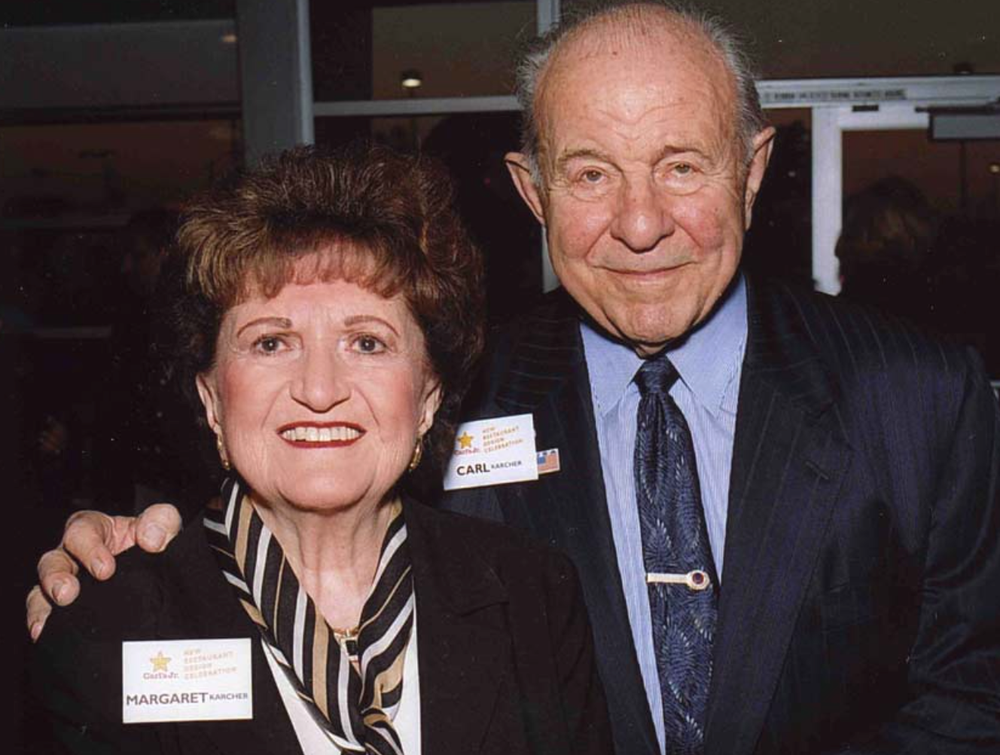 The founder was a devout Catholic so he frequently complained about the chain's marketing, even when he was out of it, such as when he showed disappointment at the firm's commercials in the 2000s. Karcher received numerous accolades for his philanthropy, however. it also funded California's Proposition 6 , also known as the Briggs Initiative, with a million dollars, which sought to limit the service of LGBTQ people in public schools.

Margaret passed away in 2006 and Carl in 2008 at the age of 90, from complications of Parkinson's disease.

With $ 15 and a dream, Karcher founded one of the most popular fast food chains in the world. Today, Carls Jr. has a presence in more than 39 countries and has more than 3,650 restaurants.