Mark Bezos, Wally Funk, Oliver Daemen, and the billionaire went into space and successfully returned to Earth.
Next Article

Entrepreneur en Español
Entrepreneur Staff
July 20, 2021 3 min read
This article was translated from our Spanish edition using AI technologies. Errors may exist due to this process.

Are tourist flights into space officially inaugurated? With the trip of Blue Origin and Virgin Galactic everything seems to indicate that yes.

Jeff Bezos achieved a successful trip to space aboard the New Shepard rocket of his company Blue Origin . In an event broadcast live on Tuesday morning, the world shared the experience with the billionaire and the rest of the space crew.

The "astronauts" on the first Blue Origin tourist trip were Mark Bezos , the businessman's younger brother; Wally Funk , who trained for NASA's Mercury 13 program in the 1960s; and a Dutch student named Oliver Daemen .

Congratulations to all of Team Blue past and present on reaching this historic moment in spaceflight history. This first astronaut crew wrote themselves into the history books of space, opening the door through which many after will pass. #GradatimFerociter #NSFirstHumanFlight

After confirming the success of the trip, the company wrote on social networks: "Congratulations to all ' Team Blue ' for reaching this historic moment in the history of space flight. This first crew of astronauts was registered in the space history books , opening the door through which many more will pass ".

Hours before the launch, the members of the crew that flew into space for an approximate time of 11 minutes offered interviews to US media such as NBC News and CBS News , in which the founder of Amazon took the opportunity to comment that the crew would not wear spacesuits .

The mogul explained that they would be traveling in a pressurized cabin so wearing spacesuits would be redundant. "We'll dress like this," Bezos commented, pointing to the suit she was wearing. 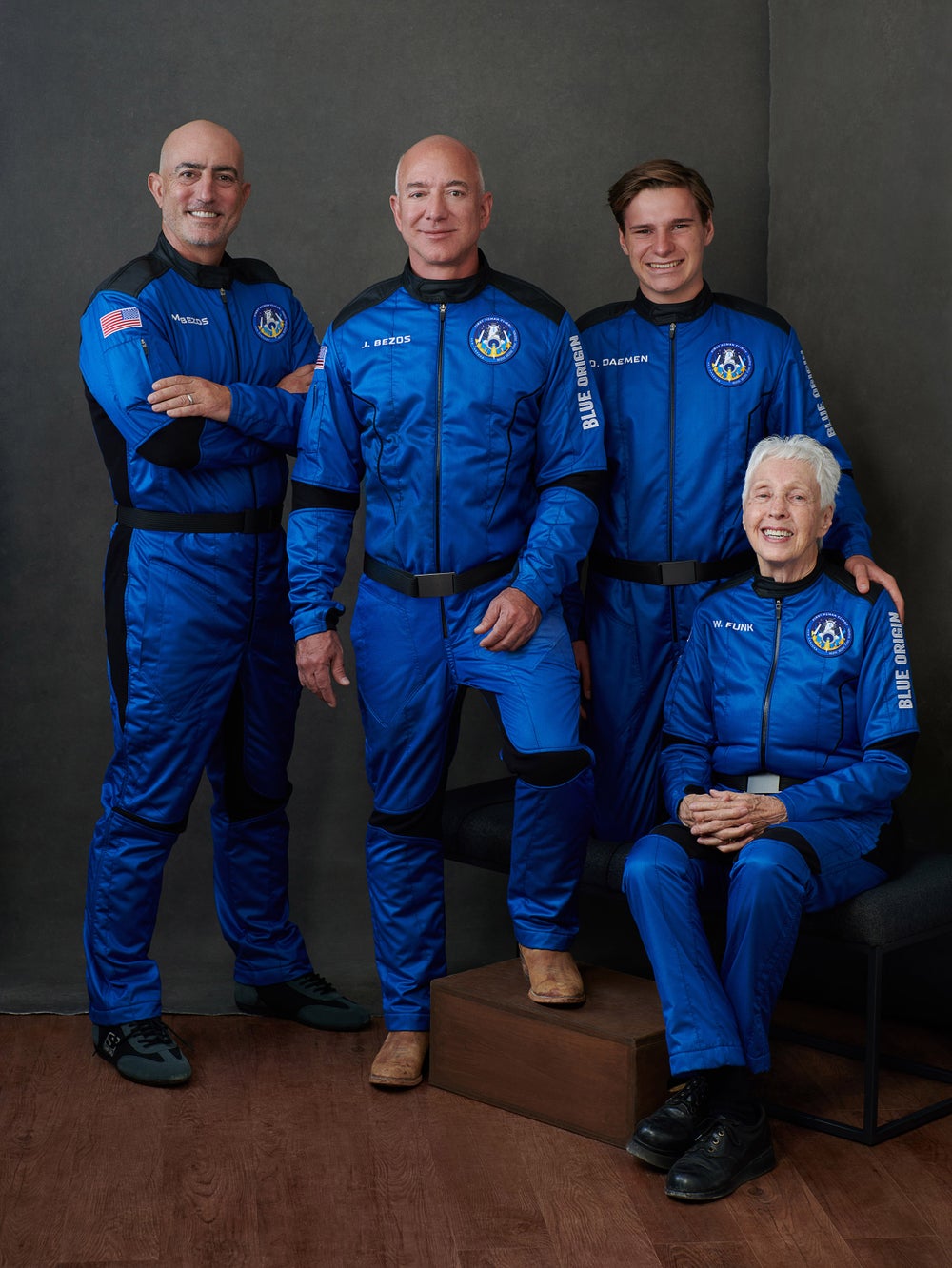 This trip comes nine days after Richard Branson went into space for the same purposes as Bezos, that is, to test space tourism.

Here we leave you the video of the flight in case you want to relive the moment when Jeff Bezos and the other astronauts make their aerospace trip.

Following the Successful Takeoff and Landing of the New Shepard Rocket, Jeff Bezos Is Hot on Elon Musk's Heels