The global economy has already begun its transition to climate economics: Tom Raftery

Entrepreneur en Español
Entrepreneur Staff
July 21, 2021 5 min read
This article was translated from our Spanish edition using AI technologies. Errors may exist due to this process.

The public and private sectors must be aware of the importance of taking care of the environment and betting on an economy that has implications for stopping climate change, as stated Tom Raftery, Global Vice President, Futurist and Evangelist in Innovation at SAP, when teaching the conference Innovation and Sustainability: A new business era in Mexico.

The world has undergone a huge change in the last 18 months and the real reason has been overshadowed by the pandemic. The reality is that the global economy has already begun its transition to a climate economy.

China aims to become a carbon neutral player by 2060, but by 2030, by order of the government, companies in the Asian country must use at least 40% renewable energy in their production processes.

For its part, the European Union obliges its 27 member states to reduce their carbon emissions by 55% by 2030, while the United States, under President Joe Biden, is committed to reducing its emissions by 52% to same year.

Companies, as part of joint actions with governments and to meet these goals, must take into account, in addition to financial issues, the climate implications of their businesses when developing their strategies. The financial sector is also taking sides in this climate economy, JP Morgan and BlackRock, are some examples.

The first acquired an ESG (Environmental, Social, Government) investment platform, with the aim of granting investments to those companies that are carrying out actions in favor of sustainability. For its part, BlackRock requires portfolio companies to disclose their results on sustainability issues.

"This means that those companies that are responsible with the environment will have more facilities to access loans, raise capital or investments," Tom Raftery explained to the Mexican media.

Regarding the issue of renewable energies, these became more accessible; hence countries such as Germany, India or China are investing in solar energy instead of renovating their fossil fuel plants. Storage, worldwide, in lithium batteries is also growing between 6 and 7% annually due to the low costs involved.

In the transport sector, the application of new technologies is allowing a greater demand for electric vehicles for domestic, business and public service use, and is going to accelerate towards systems such as shipping and air. The cost of maintaining an electric vehicle is 50% lower than that of using traditional fuels. 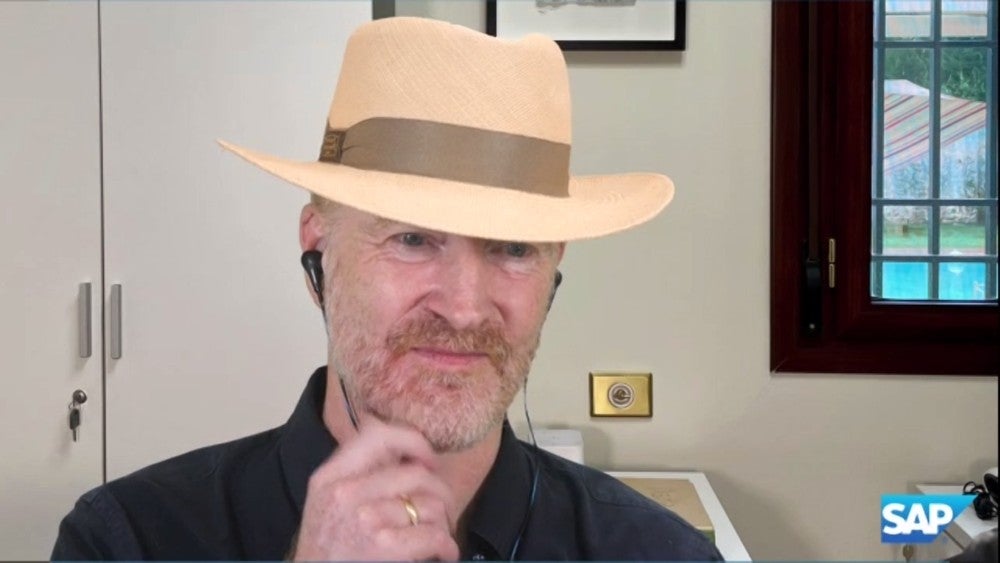 In agriculture, with the implementation of vertical farms, it is being possible to obtain protein through plants using only 10% of the space of traditional farms, saving 95% of water without using pesticides and producing up to 5,000 kilos of vegetables per day. day.

Other sectors such as construction are benefiting from this commitment to sustainability. Cemex, for example, is working on the redistribution of its waste, or the University of Michigan, which developed a cement with greater flexibility, incorporating CO2 as an input and eliminating its emissions from processes.

Today, technology plays an important role, and if we feed it with clean and renewable energy, we will not have any environmental problems in the future. As renewable energy plants grow, the carbon footprint will decrease.

"The use of technology will help us achieve the Goals agreed in the Paris Agreement," declared SAP's Global Vice President, Futurist and Evangelist in Innovation during the event.

The change begins in us

Tom Raftery expressed that the media has an important role in the change towards a more sustainable world. Through your voice it will be necessary to inform and promote knowledge on issues such as the use of renewable energies, as well as the existing environmental problem and solutions, as well as the areas of opportunity that exist to promote sustainable enterprises and responsible actions.

This climate economy is increasingly consolidated, and those companies and countries that stay out or delay the necessary adjustments and measures will soon be harmed. In addition, change begins with us, Raftery pointed out, increasingly incorporating electricity into our lives, using renewable energy or asking our suppliers for reports on their sustainable actions.