The creators of Chop Chop Bike came to the program looking for 4 million pesos for 5% of their company and were rejected by the sharks, although not for the reasons we would believe.

By María Arcia July 26, 2021
This article was translated from our Spanish edition. Opinions expressed by Entrepreneur contributors are their own.

“Since I was 14 years old, I have been selling what I can to my classmates and other [people], I started offering sweets in high school that were not in the cafeteria [of the school]… I bought them in a little place that had sweets gringos and different things and I've always liked that ”, says Andrés Vera, in an interview for Entrepreneur in Spanish.

Years later Andrés would found many businesses, including Chop Chop Bikes , a bicycle brand that was joined by his childhood friend Mauricio Ochoa.

“I have known Andrés since elementary school, we are from Acapulco, we studied at a school called 'Liceo' and he was a grade above me, but we played soccer all recesses together, there was always a certain rivalry between him and him. another, but we were still friends and it was not until 12 years later that the two of us met again in a crossfit, in this desire to exercise and do something that motivates us a lot ”, comments Mauricio Ochoa.

Andrés invited Mau to be part of a project he was preparing and that was how they later founded Chop Chop Bikes.

"In terms of capital, we started with what we had in the stock market, like three thousand pesos to invest in making bicycles, the first investment we made was very simple because it was to buy their frames," explains Andrés.

Today they have five stores in Mexico City, an ecommerce channel, national deliveries in the Aztec country and they have achieved sales of 47 million pesos with goals of 80 million for this year. 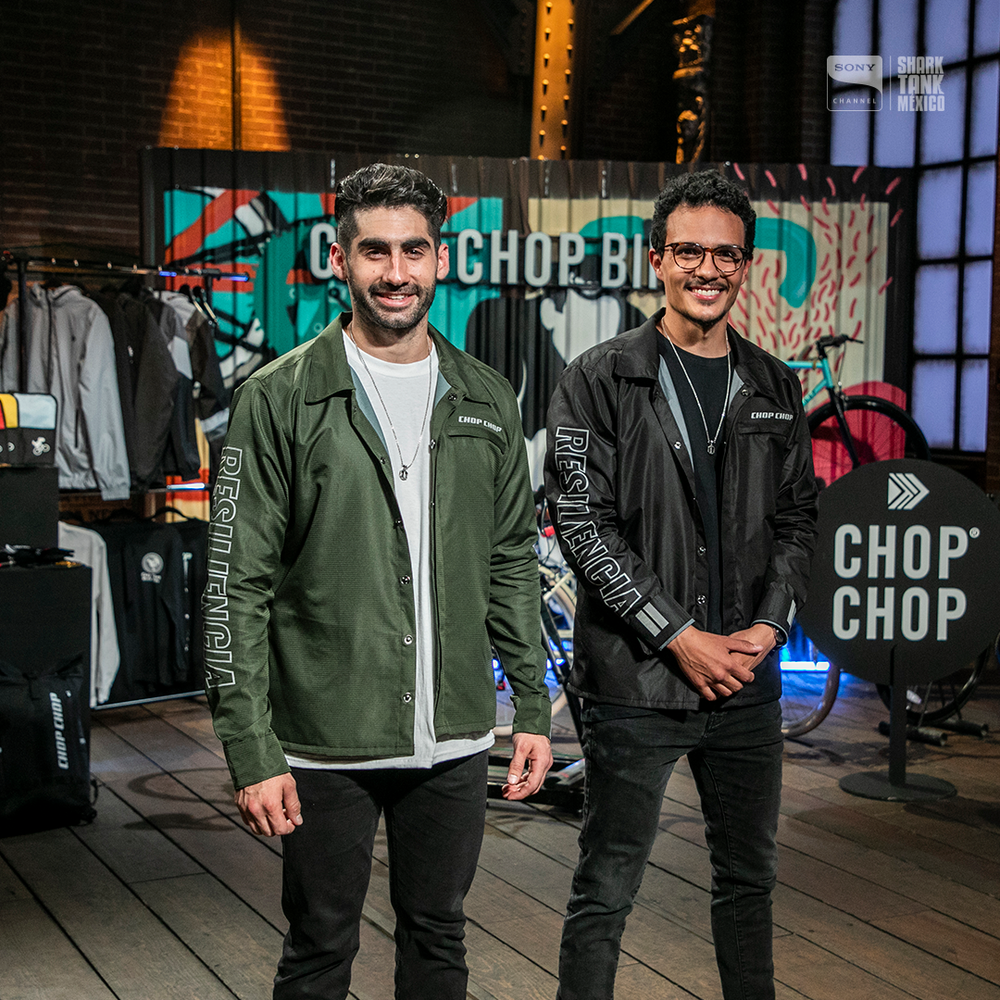 "I would like to tell you that [growth] is a walk of flowers and rainbows and the truth is that it is not" - Mauricio Ochoa.

For both entrepreneurs, the difficult thing to grow and undertake has been to confront their own ego and be willing to give in to move the project forward. However, in the end they have understood how to achieve it, and, in fact, they explain that to get along with your partners, overcoming your own ego is a great goal.

“In my case, I could put a lot of effort into my designs and everything that this part of the bike implied, and then suddenly I had a fault. So, receiving all that bad feedback about something you love so much is very painful, at first I did not want to accept it and said 'what I did is little mother', without wanting to see those failures, so having an open mind to these feedback or These failures that we have constantly had, has been like the biggest challenge, and raising our standards, to think that even though you are giving 100% you can always give a little more, it is a constant growth and you have to be comfortable with that, ”says Mauricio.

For his part, Andrés explains that entrepreneurship is facing a reality for which society or the current system does not always prepare you. "It is to understand a very simple truth that is: you are going to fail many more times than you are successful."

Face your fears and be at peace

How have these entrepreneurs managed to overcome these setbacks? To do this, they have been resilient, had tolerance for frustration, and have achieved excellent teamwork.

“Definitely, facing those fears or with that reality generates totally new emotions and feelings in you, it is difficult, undertaking is not easy at all, it is very complicated, it is bad news everywhere, but it is indescribable, how incredibly father that feels have achievements that you know that you created with your own hands, with the help of a team that you have been building, ”says Andrés. 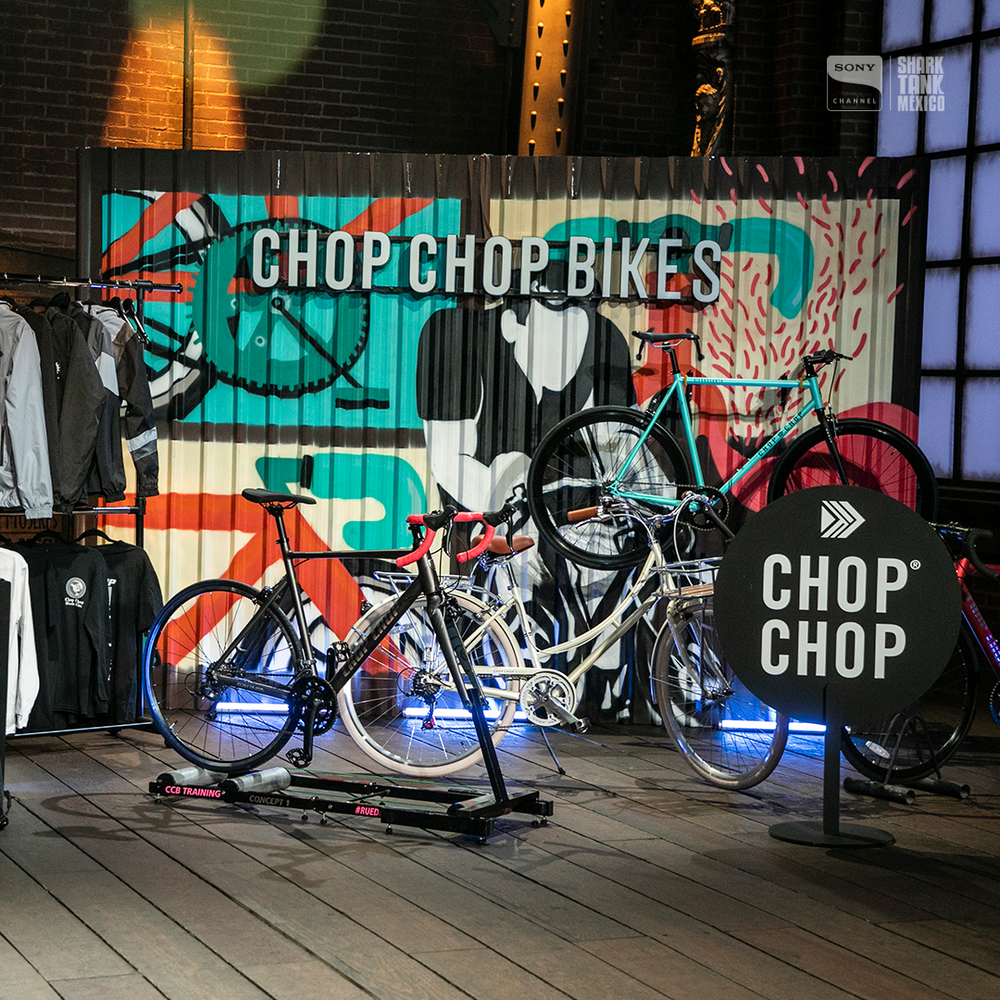 “Be at peace with the fact that you are going to fail and take it as part of the journey. Many people that I have seen start up can get frustrated and can leave the project because it did not work out the first time, and if we know something about our great mentors, it is that they have failed thousands of times and that it was probably not even their first business or entrepreneurship and they have come from a series of failures ”, adds Mauricio.

In the end, they both agree that the passion that an entrepreneur feels for their projects is the one that will move them forward.

"What do you want money for? They are doing very well"

There is no reason for investor Carey Smith to tell company founders that they " don't need as much money as they think ."

These young people came to Shark Tank México , which airs every Friday at 9:30 p.m. on Canal Sony , seeking an investment of four million pesos for 5% of their company. However, they were pleasantly surprised that it had nothing to do with money.

"Why do you want money? They are doing very well," said Rodrigo Herrera, adding "I think that if they sold 28 million pesos last year and this year they are going to sell only 80 without external capital, simply with the reinvestment they are at the worst moment to have a partner for you, because you do not need the money urgently for something, you are with your flows alone, those flows are very healthy, very good ... Congratulations as entrepreneurs are an example for any Mexican, I am out " .

“Even he [Rodrigo Herrera] encouraged us to reject any type of proposal and said 'hey, they are coming for this money, but they have already looked for other options such as credits and he gave us the numbers there quickly enough to skip this part of having a Shark , of giving up part of the company and he recognized us a lot that he saw something in us that reminded him of him when he started and the project really, I think he already had a lot of flight and they congratulated us a lot ”, explains Mauricio Ochoa. 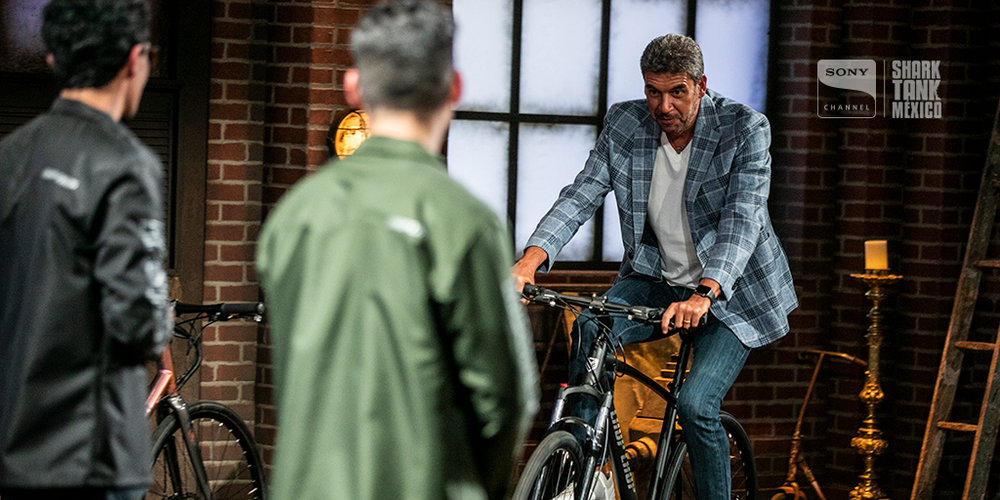 After a warm negotiation, the entrepreneurs offered 10% to the sharks for five million pesos. However, they did not yield while Andrés and Mauricio maintained their position.

"You're a great guy," Arturo Elías Ayub told Andrés. "You sent us to fly in a polite, very beautiful, very decent way, we sent you too," said the investor.

"The experience was incredible, I think they did invest in us, but not the money, and the truth is that we did not go and I say it and I think they already know it, but we did not go for the money, the money is a consequence of doing things right, and many times it hurts you at certain stages. I don't know, if on day one they had told us' Oh! it takes 10 million pesos' we would have achieved what we have ”, explains Andrés.

Chop Chop Bikes will focus on continuing to design and market their own bicycles, they seek to leave the team name very high, not only in Mexico but worldwide and they want to become the number one bicycle brand in Mexico and Latin America. They will also seek to expand to North America and Europe.

The founders of this brand gave us some tips to get along with your partner and achieve the brand growth that they have had: