Is Vale Setting Up for a Big Move?

Vale S.A. (VALE) has been moving in a sideways trading range over the past few months where it has formed a resistance line and a level of support. Th...

By Christian Tharp August 5, 2021
This story originally appeared on StockNews

Vale S.A. (VALE) has been moving in a sideways trading range over the past few months where it has formed a resistance line and a level of support. The stock is expected to either break the resistance or the support. When this happens, a major move is expected. Read more to learn how to take advantage of this trading opportunity.

Vale S.A. (VALE) is the world's largest iron ore miner and one of the largest diversified miners. Earnings are dominated by the bulk materials division, primarily iron ore and iron ore pellets, with minor contributions from iron ore proxies, including manganese and coal.

The company’s iron ore production in the second-quarter improved 12% year over year to 75.7 million tons (Mt). VALE is also expected to gain on rising iron ore prices. Iron ore demand is increasing due to the global economic recovery. Plus, improving industrial activity has been aiding copper prices.

As of the most recent quarter, VALE has $14.6 billion in cash compared with only $1.2 billion in short-term debt. The company also has a high profit margin of 30.6%. In terms of growth, sales have grown an average of 17.2% per year over the past five years and are up 58.2% over the past year.

The stock is very underpriced at its current price with a trailing P/E of 6.63 and a forward P/E of only 3.97. VALE’s stock had been trending up since the fall but has shown mixed performance since June as shown in the chart below.

Take a look at the 1-year chart of VALE below with added notations: 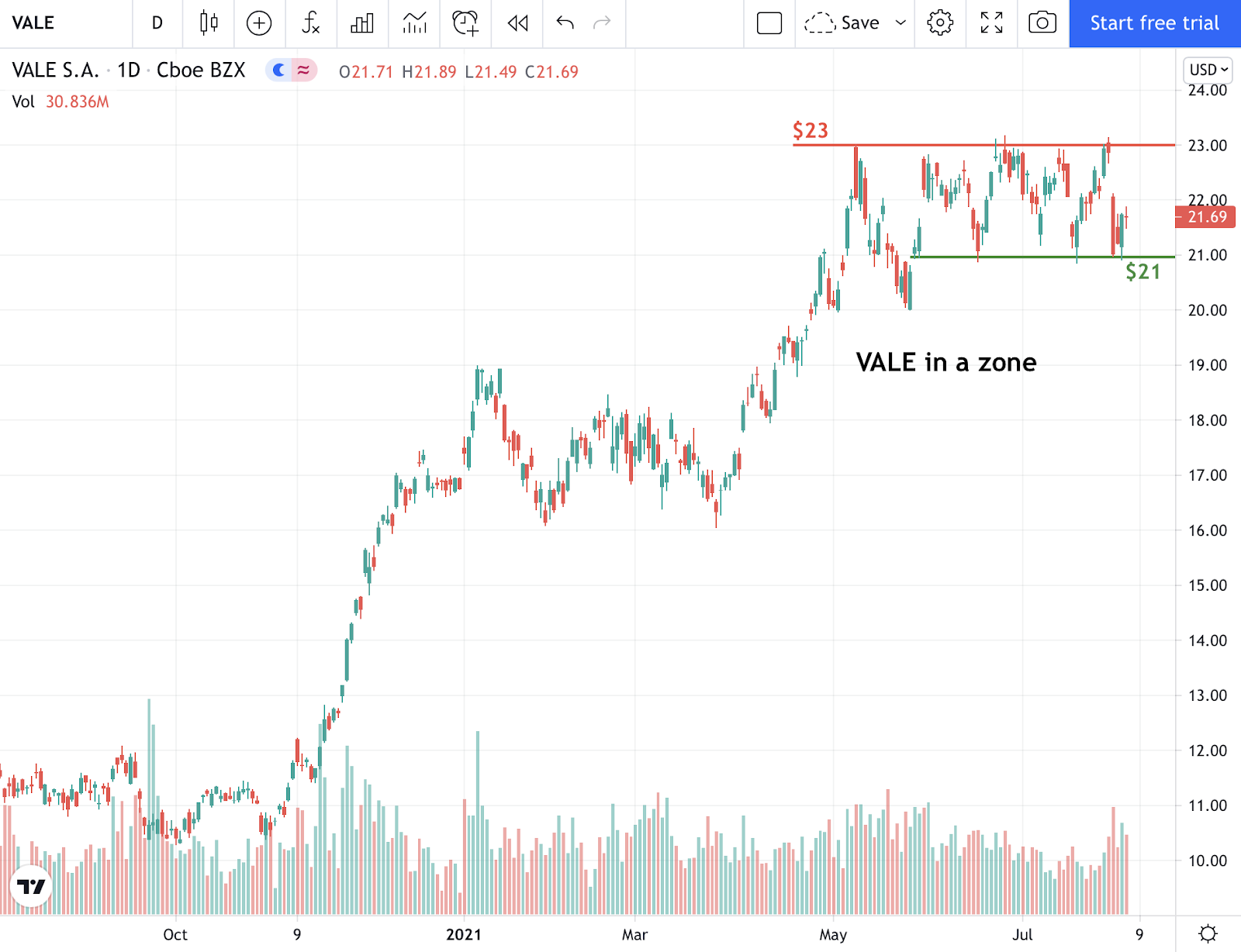 Chart of VALE provided by TradingView

VALE has been moving in a sideways trading range over the past few months. While in the range, the stock has formed a resistance area at $23 (red), and a level of support at $21 (green).  VALE is in the middle of the range now, but at some point, the stock will have to either break the resistance or the support.

The post Is Vale Setting Up for a Big Move? appeared first on StockNews.com