The founders of Alysh created a vending machine for jackets.

By María Arcia August 9, 2021
This article was translated from our Spanish edition using AI technologies. Errors may exist due to this process. Opinions expressed by Entrepreneur contributors are their own.

Benjamín Penhos traveled to China to complete an MBA in order to be able to participate more actively in the family business, during this and another business trip he discovered that the sales channel through vending machines or vending machines were not only used for snacks or drinks.

“While in China, in my master's degree, I saw a machine where the students who were in the university could rent books, we could literally rent books in a vending machine. So I thought to see if you can rent books or choose a product in a vending machine, because you can't buy a jacket like you buy a soft drink or like you buy any kind of thing, ”explains Benjamin Penhos in an interview with Entrepreneur in Spanish.

After finishing his studies, he arrived in Mexico with the idea of offering a different experience to the clients of Alysh , the youngest brand in the entrepreneur's family business, whose focus is fashion. However, his first idea was more towards a prize that customers could obtain at the brand's physical points of sale as if it were a “stuffed animal hunting machine”, but instead it would be a “jacket hunting machine”.

“The first thing that occurred to me was to tell my brothers' you know what, I'm going to play like a stuffed animal hunting machine, the kind that have a claw like the Toy Story movie. I'm going to make a machine that hunts stuffed animals, but it hunts jackets, ”he says.

The idea was that the client who wanted to participate or live the experience with "the claw" would take as a gift the product that could be rescued from inside the machine. 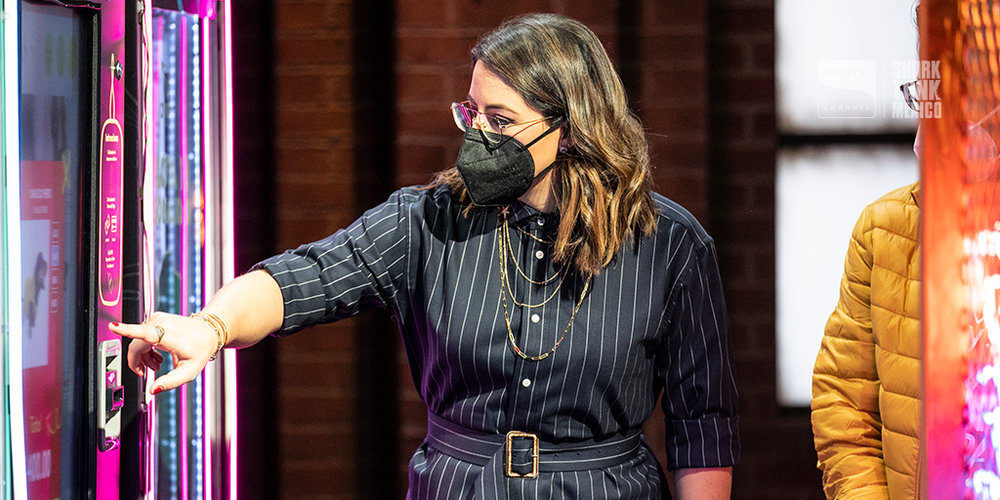 Your color, your vibe?

Benjamin or Benny as his family and friends call him is part of a four-brother partnership, which encompasses various businesses ranging from an architecture firm to the fashion business, in which they have more than 50 years of experience.

“What happened from this idea of hunting stuffed animals is that the client could not choose a size or color, so he could receive any jacket that came out of the machine,” says Isaac Penhos , one of Benny's older brothers.

"We realized that when the claw picked the jacket it gave you whatever color was inside, so you couldn't pick your color and therefore it wasn't the vibe you wanted to customize," explains Benny.

In this way, the jacket vending machine was born, which has a touch screen with the aim that, "just like a traditional vending machine", customers could choose their size and their preferred color of coats or that even if not If the product was available, you could buy it via ecommerce on the same screen and pay for it instantly.

On the other hand, the objective was for the clothing brand's customers to obtain their garments in an easy going or very simple way, without having to go to one of the stores. They also considered other issues that they resolved in a third generation of machines.

“We have also thought about many things that could happen derived from the sale, such as after-sales, if it doesn't fit me, if I want to change it, if I don't like the color, if I want another jacket, another model. To do this, we put a QR and an 800 there on the machine so that customers could have almost direct communication to help them make the change, either in one of our physical stores or through parcels ”, says Isaac.

Alysh is a brand with 50 years in the fashion market, it currently has 10 locations in Mexico City, and can be found in the largest department stores in Mexico. Likewise, it offers its garments through its ecommerce channel. So far, they only have two vending machines, one located in Parque Delta and the other in Polanco.

The production of Shark Tank México , which airs every Friday at 9:30 p.m. on Canal Sony, contacted the entrepreneurs and creators of the jacket vending machine with the aim of having them participate in the current season of the program. However, at first Benny believed that someone was playing a prank on them. 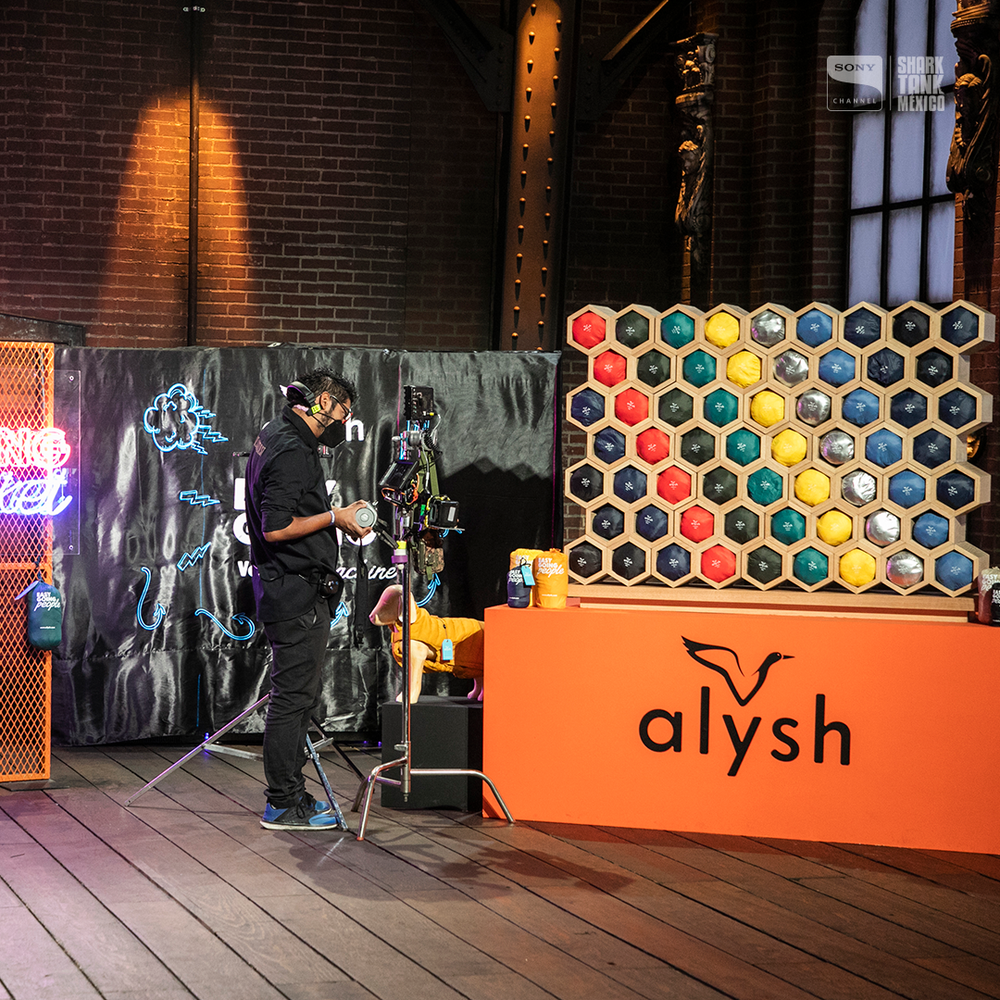 “They looked for us and it was very comforting for us, they looked for us as an innovative project and at first we thought it was a lie. The truth is that they first looked for me because I am one of the brothers who created the idea at the time, and I said I can't believe it, this is not real, someone is making a joke on me ”, he explains.

In the program Benjamín and Isaac presented the third generation of vending machine, with more technology, which makes it more user-friendly, faster and with the ability to address the problems they detected in the previous ones.

The entrepreneurs asked for 5 million pesos (approximately $ 250,000) for a 25% stake. According to the brothers, the idea with this money was to place 10 machines in strategic locations and recoup the investment by selling five jackets a day.

“If we had 10 machines selling five jackets a day, it gives you the perfect number for what we were asking for. They were made a very high assumption and it did not attract much attention, "explains Isaac.

"What was going to help us the most was in the logistics of the operation of the machines, getting strategic locations, and then we already had the product, the proven product that is very important for a business," he added.

"The reality remains with the proven business and they invite us to the business to test", commented Braulio Arsuaga . While after an explanation and example, Arturo Elías Ayub added: “You are no longer inviting me to grow the business, you are already making me pay for it beforehand… When you want to be the only one who wins and you leave your partner out of the possible growth and the utility, since it was no longer a father for the partner, for that reason I am out ”. 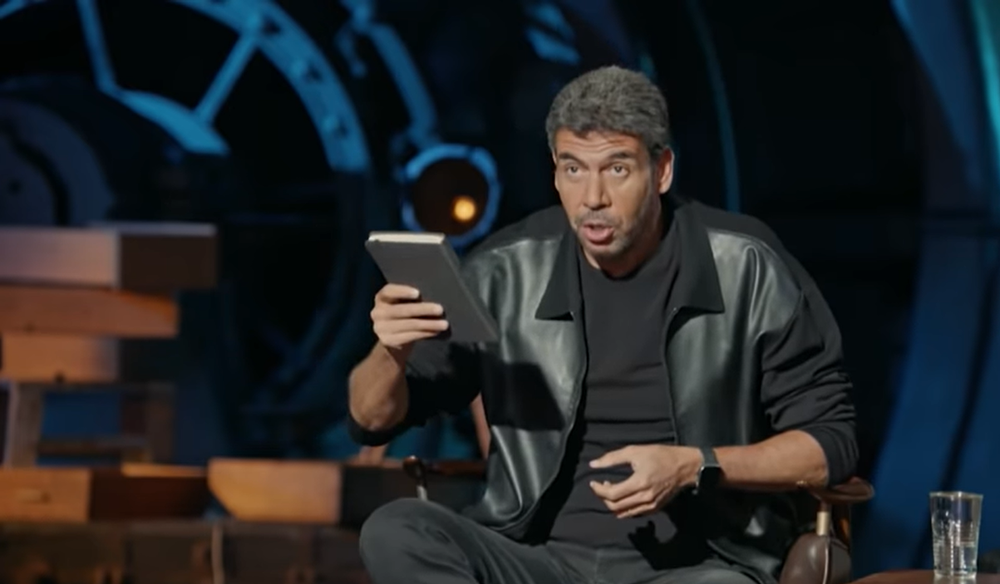 "I think what Arturo says is important, as they said that we are not in the business of jackets and only of distribution, nor of machines, in that case I would also be out," said Arsuaga.

The entrepreneurs received advice from the sharks about the pitch approach, and what they could offer in the future to different investors and even expressed the possibility of doing business with them in the future.

"The truth is that they did not invest, they offered us consultancy, I understand that the sharks have a fairly broad schedule, quite difficult, and the truth is that we are very happy to have participated, I speak personally, I am very happy to have participated, I think than my brother too. A really comforting experience, I learned many things, I learned that you are not always the only one who believes what you have to believe, you learn many things ", says Benny.

Look from another angle

Both Benjamin and Isaac are open to offer their idea to other lines of business such as: bakeries and gyms.

“Many times you are doing something from one side and suddenly when you look the other way it comes out the other way around. We are making the machine for our jackets but I think a bakery can come and say hey, I invite you to sell the cakes and my best sales hours are at dawn, but I can't have the store open because it is a double case of employees, rent and electricity ”, explains Isaac.

"What we also want anyone who wants to sell something to be able to do so, to come to us and be able to sell what is required in machines," he concluded.