The bottle is commemorating the 1988 Summer Olympics in Seoul.

By Entrepreneur en Español August 9, 2021
This article was translated from our Spanish edition using AI technologies. Errors may exist due to this process.

How far would you go as a collector? A bottle of Coca-Cola , commemorating the Summer Olympics that took place in Seoul, South Korea, in 1988 was sold for $ 2,500 (approximately 50,210 Mexican pesos). 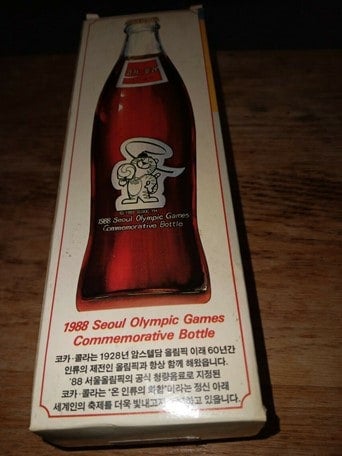 According to Rarest.org, the bottle was sold in a commemorative cardboard box, it has the Olympic art of that year on all sides. They also explained that the drink was not open.

According to the site this bottle was sold for the aforementioned price, at an eBay auction.

Will this be the most expensive Coca-Cola bottle?

In reality, the most expensive bottle of this brand reported is a modified prototype that is part of a collection of eight other bottles that were made in 1915.

According to Morphy Auctions , Coca-Cola's parent bottler, Bottling Company in Atlanta, launched a call in early 1915 for several large glass houses to submit designs for the standard bottle of the drink. Eight of these companies sent their prototype and in the end the Root Glass Co., designed by Earl R. Dean, won, although in the end it had to be modified.

Did Cristiano Ronaldo Cost Coca-Cola $4 Billion in One Day?

Coca-Cola With Coffee Is Now Available in the U.S.