What are the 'normal Cheetos'? This is the story of the famous snack

The creator of the Cheetos started his company, The Frito Company, in his mother's kitchen.

By March Violante August 17, 2021
This article was translated from our Spanish edition using AI technologies. Errors may exist due to this process.

In the last hours, a discussion began throughout Spanish-speaking Twitter and Facebook about which were the "normal Cheetos" : the crooked ones or the inflated ones.

What are "normal" Cheetos

of vdd are there people who think of the normal cheetos are the blue ones? Wey of a lifetime are the orange cheetos pic.twitter.com/CTlygYTx3l

* Someone approaches who says normal Cheetos are the blue ones *

The truth is that we are taking advantage of the trend to remember how an entrepreneur created these iconic snacks.

The Cheetos Crunchy (the crooked ones) were invented in 1948 in San Antonio, Texas, by Charles Elmer Doolin , creator of the Fritos. 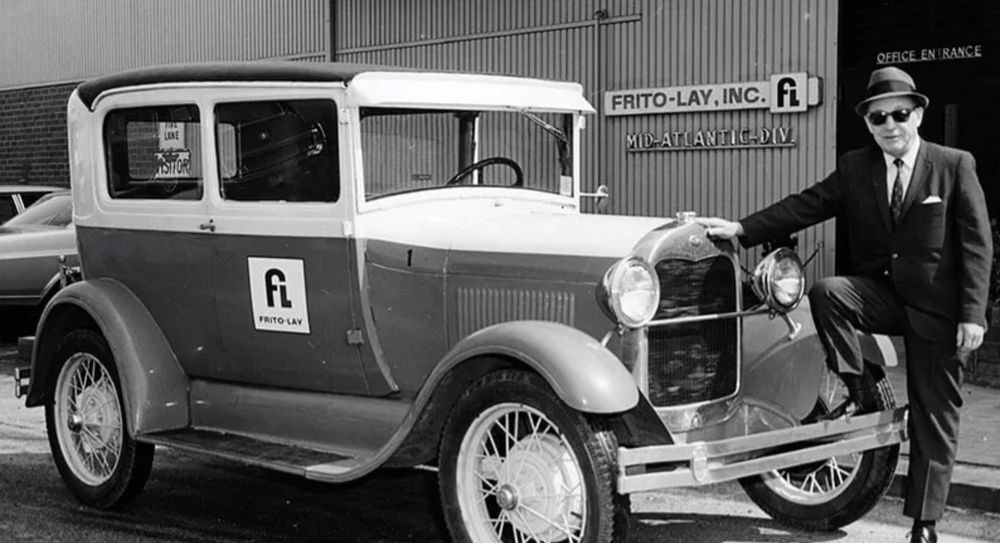 Doolin was born in Kansas City, Kansas, in 1903. He worked as a manager at the Highland Park Confectionery in San Antonio where he purchased a corn chip recipe, a hand potato enricher, and 19 retail accounts from a corn chip maker for just $ 100, money he got by borrowing from his mother.

The entrepreneur established his company, The Frito Company , in his mother's kitchen and with the help of his family produced corn chips called Fritos. Each day they produced 4.5 kilos of product that they sold for two dollars while driving his Ford Model T car.

By 1933 Doolin already had lines of operation in Houston and Dallas and 10 years later it was established as a franchise as Frito National Company. In this way, Doolin chips were sold in 48 states of the American Union.

In 1948 the Doolin company created a cheesy puffed cornmeal snack they called Cheetos.

Doolin began marketing its Fritos and Cheetos, but in order to expand in the United States, it joined the entrepreneur Herman Lay , the creator of Lay's fries. The two entrepreneurs merged their companies in 1961, forming Frito-Lay . At that time the new firm reported revenues of $ 127 million a year.

In February 1965 the multinational food company Pepsi-Cola merged with Frito-Lay and created what we know today as PepsiCo .

So what are the "normal Cheetos"?

It's not really that easy to say. Puffed cheese puffs called cheese puffs are very typical of various cuisines and are known to have been patented by two companies in the 1930s in the United States: Edward Wilson in Wisconsin and the Elmer Candy Corporation in New Orleans. But it is an easy recipe to reproduce and its true origins are somewhat obscured by history (just visit any market on wheels in Mexico to find a version of this snack ).

As far as we're concerned, the first Cheetos to be sold were the Crunchy ones (the oranges) in 1948 and they served to inspire the creation of the Chester Cheetos mascot. In Mexico, the Cheetos Puffs (the blue ones), would not be sold until 1990 through Sabritas, a Mexican snack company that at the time would also be acquired by Pepsico . 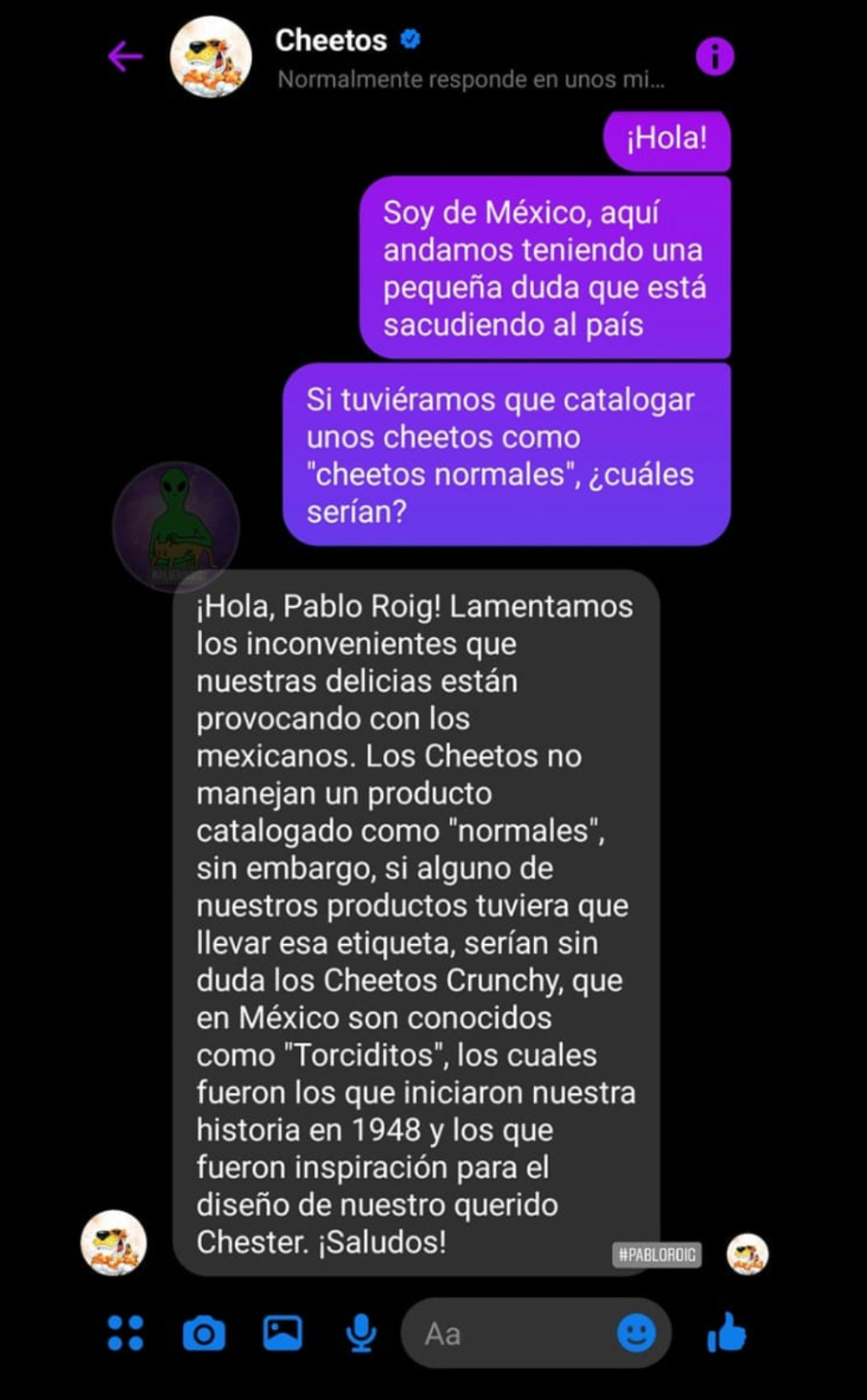 Whatever the origien, what are your favorite Cheetos?