Do you know what the internet of plants is? This startup applies it to improve the profitability of crops

By Entrepreneur en Español August 25, 2021
This article was translated from our Spanish edition. Opinions expressed by Entrepreneur contributors are their own.

Mexico has an interesting variety of climates, soils, and ecosystems. Its geographical characteristics positioned it since the beginning of the history of agriculture as a precursor to the cultivation of a large number of species, which until today are distributed nationally and exported to countries such as the United States and Europe. Since the beginning of this productive activity, farmers have had to know the land and nature, in short, understand their behavior to get the best out of their crops.

However, in a world as mutable as today with problems such as drought, climate change, increasingly higher temperatures, among others, it becomes more difficult to foresee situations that endanger plantations. In fact, in Mexico 6 billion pesos were lost in 2019 due to weather phenomena . In the last 10 years the drought impacted with losses of 300 to 400 million pesos to crops mainly in Zacatecas, Guanajuato, Jalisco, Chihuahua and Querétaro. Meanwhile, historical frosts such as the one that occurred in 2011 in Sinaloa, Sonora, Nuevo León and Tamaulipas, took 3.2 billion pesos from the sector. A similar situation exists towards the south of the country, where hurricanes cause the loss of 3,000 to 10,000 hectares depending on their intensity. 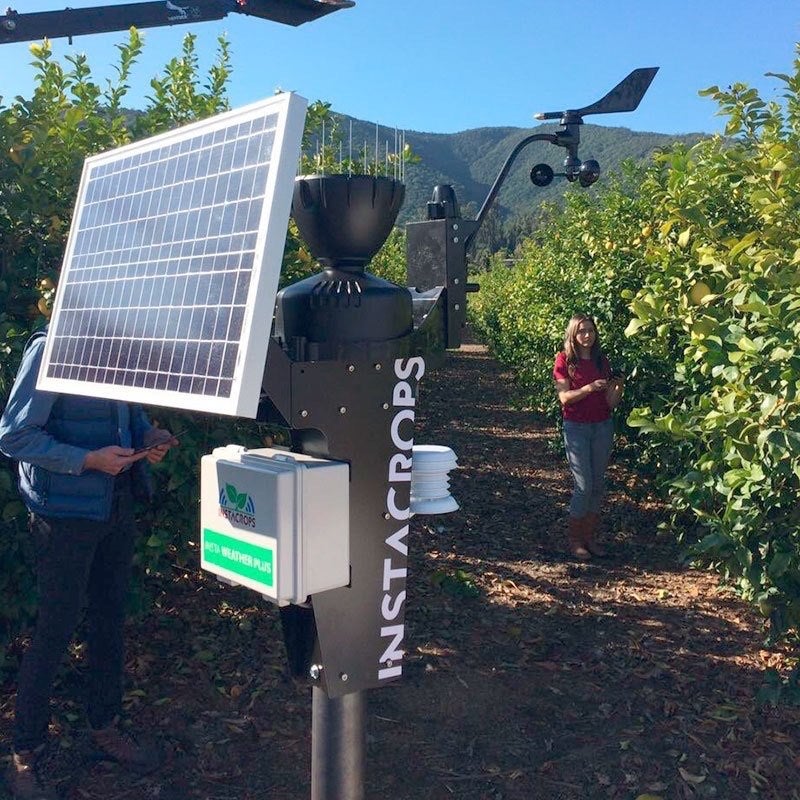 In a country where 45% of the crops do not have protection insurance against climatic phenomena, technology and especially data become a great ally of farmers. To help improve the profitability of crops, the Chilean agritech, Instacrops , seeks to expand throughout Mexico with state-of-the-art technology aimed at maximizing the profitability of crops using the necessary resources.

Instacrops uses the so-called Internet of Plants, technology that works with Big Data and virtual consulting to achieve measurements, processes and interpretation of crops and thus improve their productive potential. “Information is key to making decisions. Through the data collected by our technology deployed on the farm, the farmer will be able to receive concrete recommendations in real time of what happens in the field, in this way it is possible to optimize the use of resources, minimize losses and even save their production against to risk situations ”, commented Mario Bustamante, Instacrops CEO.

Instacrops fly drones that get a mind-blowing 0.5mm resolution in crop images to detect pests, weeds, diseases or density. In addition, it performs plant counts, detecting problems of excess or deficit of water, nutrients or other event that is limiting vigor, thus generating a high resolution NDVI (Normalized Difference Vegetation Index, also known as NDVI for its acronym in English). , reaching 8 cm.

On the other hand, these data contribute to making agriculture more environmentally friendly, optimizing, for example, the use of irrigation water. Through high precision electronic equipment and remote sensing -among other elements- algorithm-based software delivers warnings, information, and alerts to producers, such as "today there is no need to water." This avoids the excessive use of water without there being any a real need of the plant.

The alerts that Instacrops sends can also support farmers in defining when to harvest. With parameters that measure the climate and the state of health of the plants, the technology can indicate the best time to carry out this process, in case of important climatic changes, for example, the platform can send a message advising to advance the harvest .

“We have developed a powerful platform that integrates sensors, data from satellites and drones, from owners and third parties, to process all the data received in real time and transform it into concrete information for decision-making within the farm, in such a way that each farmer achieve exceptional harvests, using the right resources, "said the CEO of Instacrops.

Instacrops mission is to democratize the use of technology in agriculture in a simple and guided way to obtain the greatest potential of plants. "We are constantly working on optimizing our software and hardware, to increasingly improve the user experience and thus contribute to improving access to technology for farmers in Mexico, so that they can have greater control of their crops. "concluded Bustamante.

We're Ignoring the Only Industry We Can't Do Without