Xbox Mexico wanted to enhance the history, customs and traditions by decorating these controls as if they were handicrafts.

According to a statement from Xbox Mexico , a group of three artisans, representing the 68 indigenous peoples, decorated Xbox controllers on the occasion of the International Day of Indigenous Peoples . The work was done to make them look like a craft and with Xbox honor their culture and worldview. The participating artisans are Huichol from Nayarit, from the towns of Olinalá in Guerrero and from Tenango in Hidalgo.

Grisela Carillo Carillo , participating Huichol artisan, expressed that each of the motifs with which the controls were decorated express an important symbolism for their cultures. Among the copies of this unique edition are controls decorated with Huichol beads , painted with flowers or covered with Tenango embroidery. 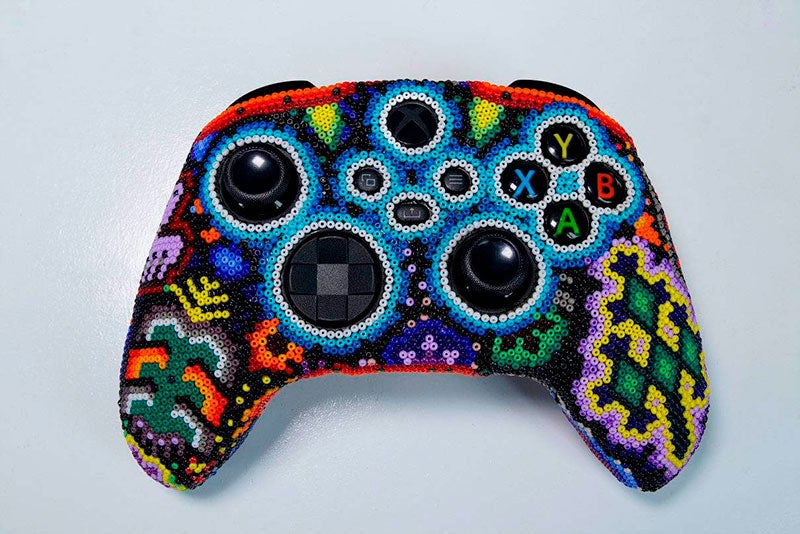 The control intervened with the Huichol technique was carried out by Huichol artisans who collaborate with Cukate . “The symbols that we impregnate in each piece have a meaning, such as the corn that is prosperity, the butterfly that is good luck, the eye of God that is the protector of children, the scorpion that is the protector of peyote and the deer who is the god of the ocean ” , shared   the   Huichol artisan who collaborates with Cukate.

In addition, he said that he had help from his mother, who was the one who taught him to make these works of art. " She gave the most delicate touches to the piece and I gave the final decoration touches," added Grisela .

The second of the controls was painted with floral art motifs from Olinalá and was worked on at the Olinalá Work Training Institute or ICA. It is inspired by the wooden boxes that are painted with lináloe. The artisan Francisco Coronel Redón explained about the piece:

“The elements that have control are roses, flowers and leaves that we call branchy. We used some colors that we know as spring so that the control was seen with enhancement, with life and with beautiful colors. The materials we use in this technique called 'gold' are natural pigments that we make ourselves. " 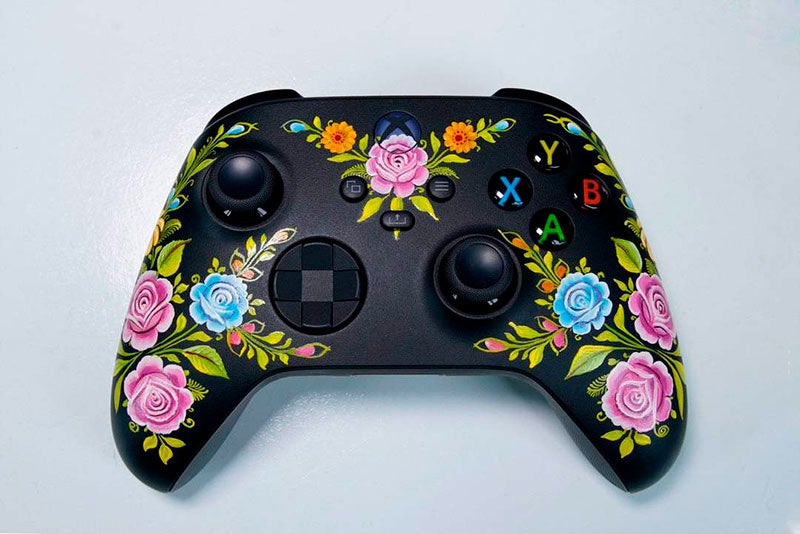 Finally, the third control was decorated with an embroidery from Tenango de Doria, Hidalgo . The control was worked by the Tenangos Ma Hoi artisan collective. Victoria Lucas Patricio , who made the cover, commented that "all the embroidery goes according to the mood of the person who is embroidering at that moment." 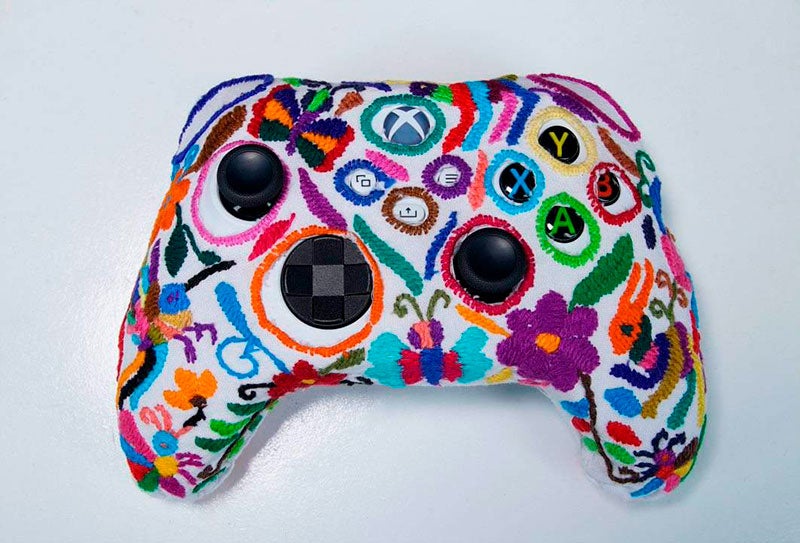 "The place of the walls" is the meaning of Tenango. Known for the magic of its threads that carry a piece of history in each thread. Animals and nature are the main characters in these stories embodied in art.

The controls will not be for sale, as it is an edition promoted by Xbox Mexico to honor indigenous peoples . However, thanks to work like this, we can become more and more aware of the cultural value that indigenous peoples represent for Mexico and the rest of the world.

There will be a shortage of Xbox consoles until 2022, confirmed the company owned by Microsoft