Burger King transforms a hamburger into a video game controller

On the occasion of Gamer's Day, the company joined the celebrations in this original way.

August 27, 2021
This article was translated from our Spanish edition. Opinions expressed by Entrepreneur contributors are their own.

For video game lovers there is also a special day dedicated to celebrating them, on August 29. To do this, many companies launched special products or small winks, merging their company's turn with the gamer culture. This is the case of Burger King that transformed a hamburger into a game control.

This week Burger King introduced Burger Joystick , a controller was created from a Whopper (the iconic fast food hamburger) with potatoes. Without a doubt one of the most creative tributes.

Video games are ceasing to be a game. This #GamerDay let's take back the fun that should never have been missed! #BurgerJoystick #BurgerGame #ATuManera pic.twitter.com/lc58FmVgiY

Does the hamburger control work? Surprisingly yes. According to the Merca portal, Burger King used Makey-Makey technology, a plate similar to those used by any traditional video game controller, but with a particularity: the crocodile clips, which allow closing the circuit that executes the commands.

In fact, this type of plate has become very popular because people take almost any object and transform it into serving products. It's basically what a Mr. Potato Head would be like in real life. Sadly, Burger King didn't share the controller in action, meaning they didn't show us how the Burger Joystick works. However, the promotional image contains instructions for playing.

If you can't resist the temptation to eat your joystick, then GAME OVER. 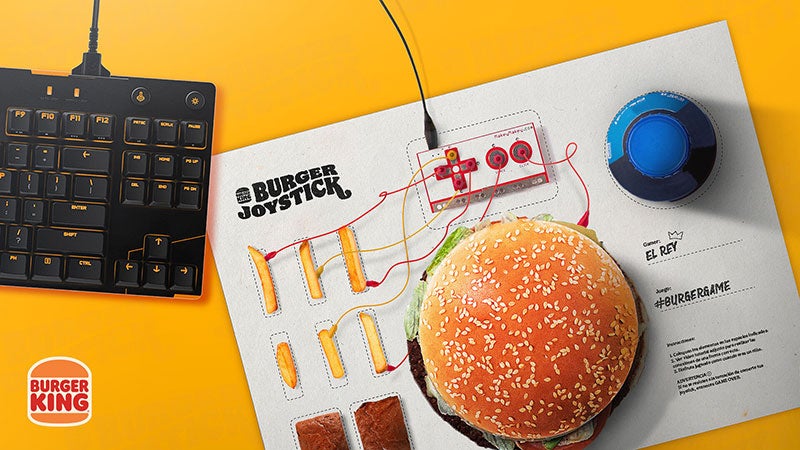 Perhaps the mere Gamer's Day will surprise us even more.

According to data from The Competitive Intelligence Unit (CIU), the number of gamers in Mexico increased due to the pandemic, with a total of 72.3 billion. In addition, it says that 57.4% of the Mexican population considers itself a gamer.