Should You Buy ePlus (PLUS) After Golden Cross?

When a stock experiences a golden cross technical event, good things could be on the horizon. How should investors react?

EPlus inc. (PLUS) reached a significant support level, and could be a good pick for investors from a technical perspective. Recently, PLUS's 50-day simple moving average broke out above its 200-day moving average; this is known as a "golden cross."

Considered an important signifier for a bullish breakout, a golden cross is a technical chart pattern that's formed when a stock's short-term moving average breaks above a longer-term moving average; the most common crossover involves the 50-day and the 200-day, since bigger time periods tend to form stronger breakouts.

There are three stages to a golden cross. First, there must be a downtrend in a stock's price that eventually bottoms out. Then, the stock's shorter moving average crosses over its longer moving average, triggering a positive trend reversal. The third stage is when a stock continues the upward momentum to higher prices.

A golden cross contrasts with a death cross, another widely-followed chart pattern that suggests bearish momentum could be on the horizon.

PLUS has rallied 18.8% over the past four weeks, and the company is a #2 (Buy) on the Zacks Rank at the moment. This combination indicates PLUS could be poised for a breakout.

Once investors consider PLUS's positive earnings outlook for the current quarter, the bullish case only solidifies. No earnings estimate has gone lower in the past two months compared to 2 revisions higher, and the Zacks Consensus Estimate has increased as well. 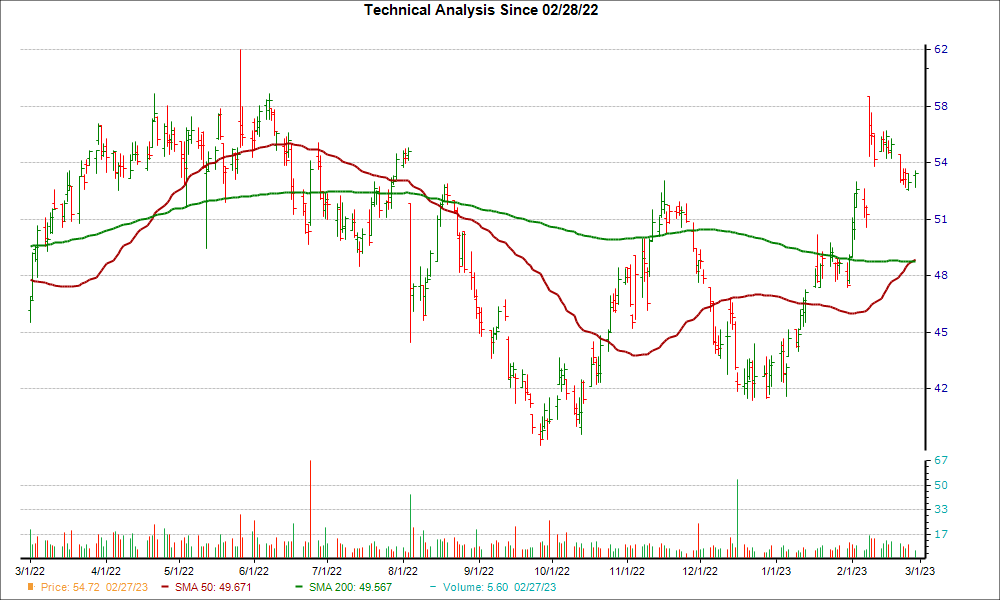 Investors may want to watch PLUS for more gains in the near future given the company's key technical level and positive earnings estimate revisions.