By Entrepreneur en Español September 1, 2021
This article was translated from our Spanish edition. Opinions expressed by Entrepreneur contributors are their own.

It's September and that means National Holidays in Mexico ! That's why Alexa and Amazon Music announced “Puro Trancazo,” a celebration-focused collaboration, to pay tribute to one of the country's greatest cultural prides: regional Mexican music.

It is a functionality or skill of the Amazon virtual assistant that bears the same name as one of the most popular Amazon Music playlists, which in addition to celebrating regional Mexican music, seeks to offer an immersive experience and enhance the rhythms of this musical genre. , fused with technological capabilities. 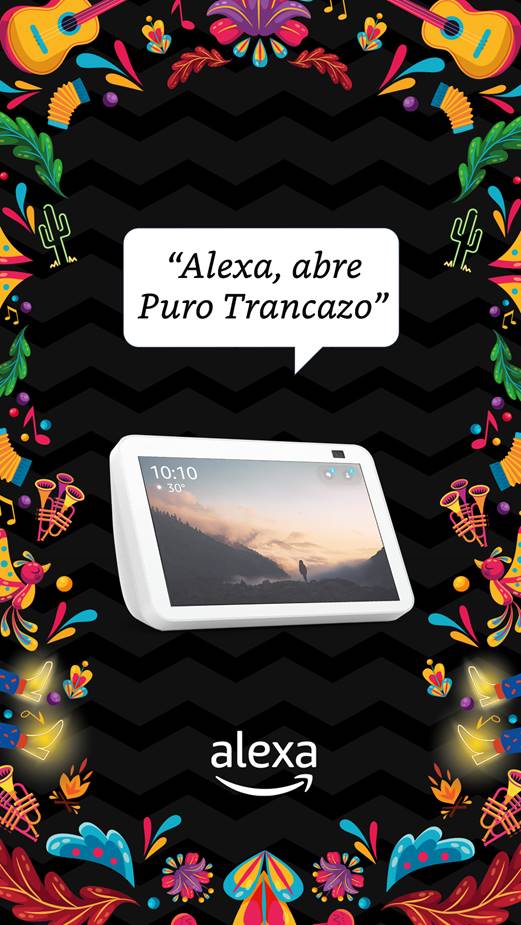 With Puro Trancazo you will have an all-access pass to be able to interact with your favorite artist, feel that you are enjoying a concert with some of the most recognized artists, in a backstage interviewing them and even singing with them.

How I activate Puro Trancazo

This skill will be available on Echo and Fire TV Stick devices with Alexa.

You can choose the Karaoke section to sing great hits with your favorite regional Mexican stars. Echo Show or Fire TV Stick users with Alexa will be able to see song lyrics on the screen and hear their favorite artist encourage them to sing louder.

Alexa, Amazon Music and La Mejor, one of the most representative radio stations of the Mexican regional genre, joined forces to bring together 6 of the most recognized artists of this genre: Los Ángeles Azules, La Sonora Dinamita, Edwin Luna and La Tracaloza, Josi Cuén, Sandra Echeverría and Leandro Ríos , who sing three to five songs in Puro Trancazo, a concert in episode format by 2 artists each, starting on September 1 and continuing on September 7 and 14 at 9 the night.

Each week, you can enjoy the presentation of two of these artists, starting with Los Ángeles Azules and Sandra Echeverría. You just have to enable the Puro Trancazo skill from the Alexa app available for iOS and Android, say “Alexa, open Puro Trancazo” to your Echo device and select the Festival option. In addition to the Echo or Fire TV Stick devices, the concerts can be enjoyed through the Amazon Music app (available for all types of Amazon Music subscriptions) and its Twitch channel, as well as La Mejor's social networks.

Puro Trancazo, will give access to clients, to information and curious data, of the same artists of the concert each week. When opening the skill , they must select Interviews , where they can simulate interviews, they can choose between different interesting questions, such as what is your favorite song? or what is your guilty taste? And know details rarely shared by these stars.

From Iztapalapa to the world 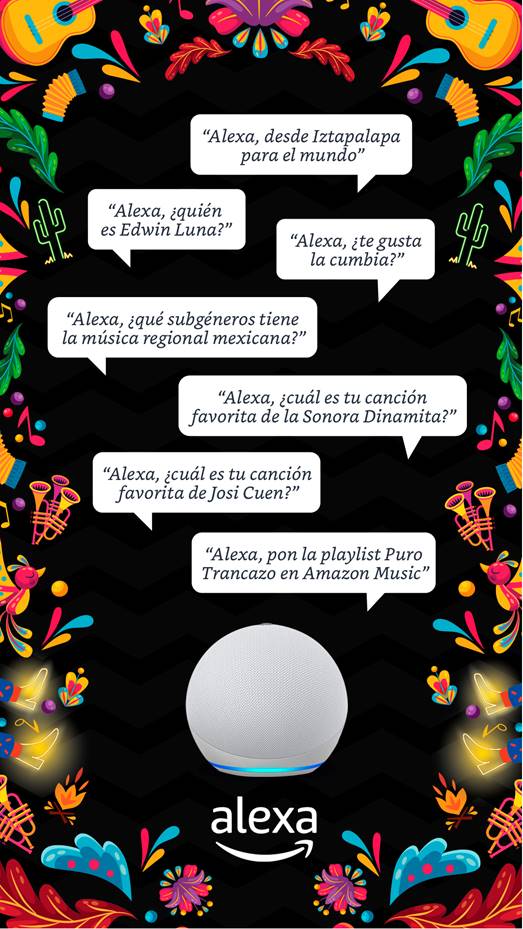 In addition to the Skill, you can enjoy other surprises with Alexa to learn more about your passion for the festival, saying and asking her: “Alexa, from Iztapalapa to the world”, “Alexa, what subgenres does regional Mexican music have?”, “Alexa, do you like cumbia?” “Alexa, put the Puro Trancazo playlist on Amazon Music”, “Alexa, what is your favorite song from Sonora Dinamita?”.