This is what we know so far about vaccination between 18 and 49 years old.

By Entrepreneur en Español September 7, 2021
This article was translated from our Spanish edition. Opinions expressed by Entrepreneur contributors are their own.

The authorities of Mexico City (CDMX) reported that from Tuesday 7 to Saturday 11 September Phase 27 of the National Vaccination Plan will begin, which includes the second dose for the adult population between 40 and 49 years old who live in city halls:

According to the statement , they hope to apply the second dose of the COVID-19 vaccine to a total of 523 thousand 570 adults of the aforementioned age range. Likewise, the Head of Government of the town, Claudia Sheinbaum Pardo, explained that at the end of this day all adults between 40 and 49 years old living in CDMX will have their complete scheme.

The people who go to their second appointment in these municipalities are those who were vaccinated with the AstraZeneca injection 8 or 11 weeks ago. The vaccination schedule is as follows: 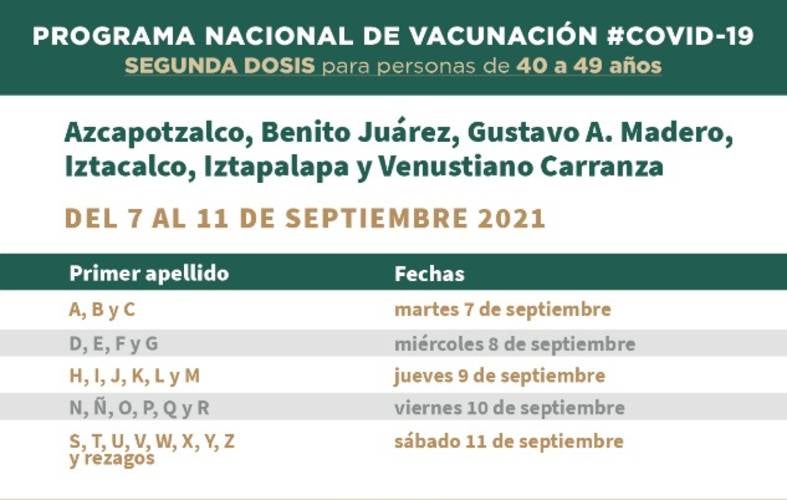 Image: Secretariat of Comprehensive Risk Management and PC via Twitter .

What are the sites where the injection will be given?

The general director of Digital Government of the Digital Agency for Public Innovation (ADIP), Eduardo Clark García Dobarganes , explained that anyone who has not been able to attend their second dose of AstraZeneca appointment and was vaccinated before July 26 with their first dose, you can go to any of the vaccination units that will be operating between Tuesday 7 and Saturday 11 September. The official emphasized that it is only for those people who have already missed their original second dose appointment.

It is important to note that this Monday, September 6, they were applying the second dose of the Sinovac vaccine to all the people residing in CDMX who received their first dose of said biological on July 29 in Campo Marte or in the Arena Ciudad de México. who missed their second appointment and were vaccinated before July 30.

What requirements do I have to carry if I am late from the second dose?

The requirements are to be residents of Mexico City, bring your vaccination record that you can purchase at mivacuna.salud.gob.mx and proof of vaccination that you were given in the first dose.

The capital government presented the possible tables for the application of the second dose of the population between 30 and 39 years of age, which shows that there is still no period that has concluded.

"All of them have at least four weeks in which we can apply it and we hope to accelerate [the process] significantly as shipments [of vaccines] arrive in our country," said Eduardo Clark. 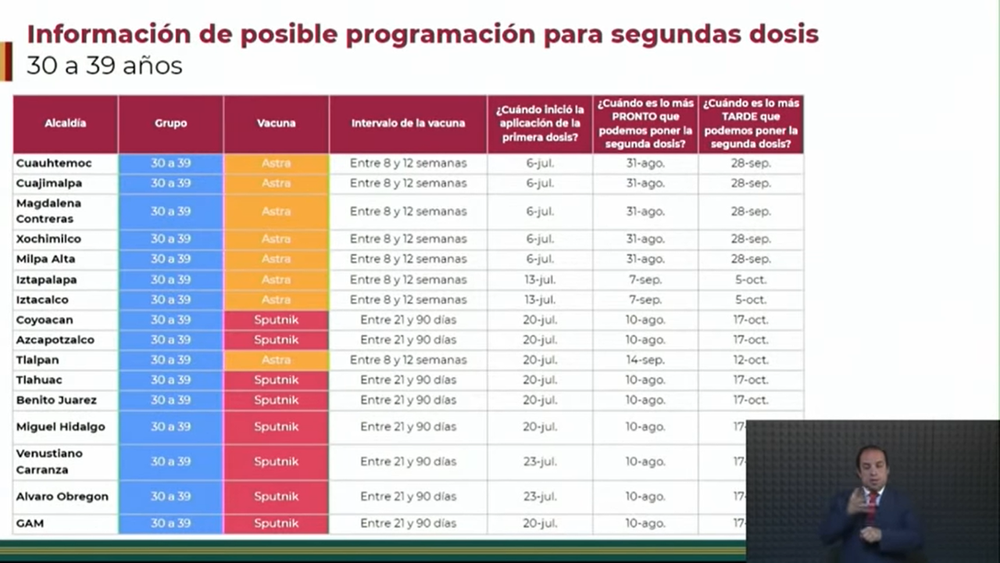 For people between 18 and 29 years old it is the same case, they presented the possible application table for their second dose and recalled that 4 municipalities: Benito Juárez, Gustavo A. Madero, Miguel Hidalgo and Tláhuac, were vaccinated with AstraZeneca on the last day of the day of the first dose. "So you have to know in which group we are vaccinated and with what vaccine," said the official. 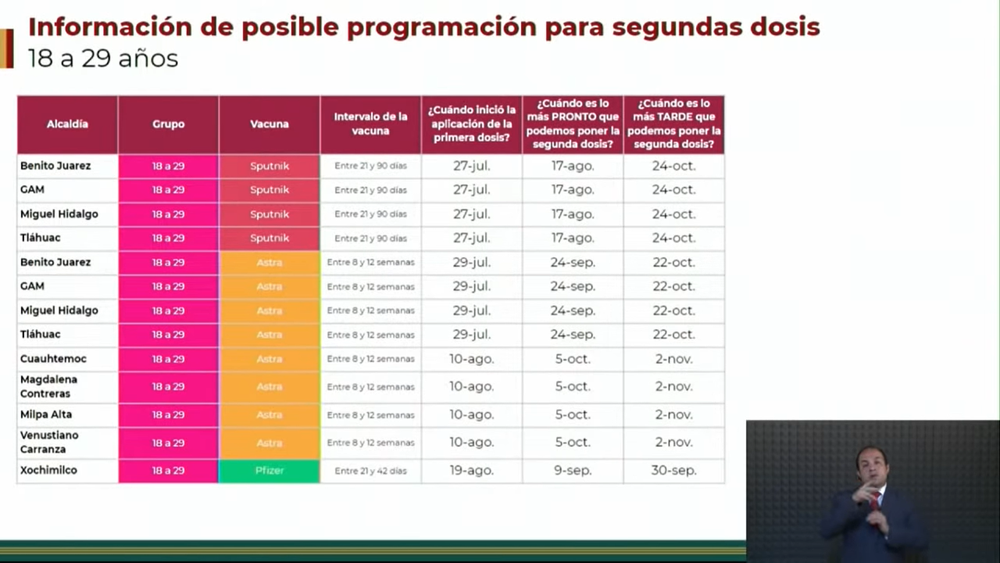 WHO gives date for the end of the Covid pandemic, but Bill Gates says he has the 'only solution' to end the crisis

Cinemex will give 2x1 passes to doctors and nurses

What is C.1.2, the new variant of COVID in South Africa?