"TikTok has inverted the social and streaming landscape, with an average monthly time per user that surpasses YouTube in the United States and the United Kingdom," the report explains.

By Entrepreneur en Español September 8, 2021
This article was translated from our Spanish edition. Opinions expressed by Entrepreneur contributors are their own.

"TikTok has inverted the social and streaming landscape, with an average monthly time per user that surpasses YouTube in the United States and the United Kingdom, and has made significant progress in South Korea, where YouTube leads by 2.5 times," he explains. The report.

Specifically, the research showed that in June 2021, Americans watched 24 hours of video on TikTok compared to 22 hours and 46 minutes accumulated by YouTube users. 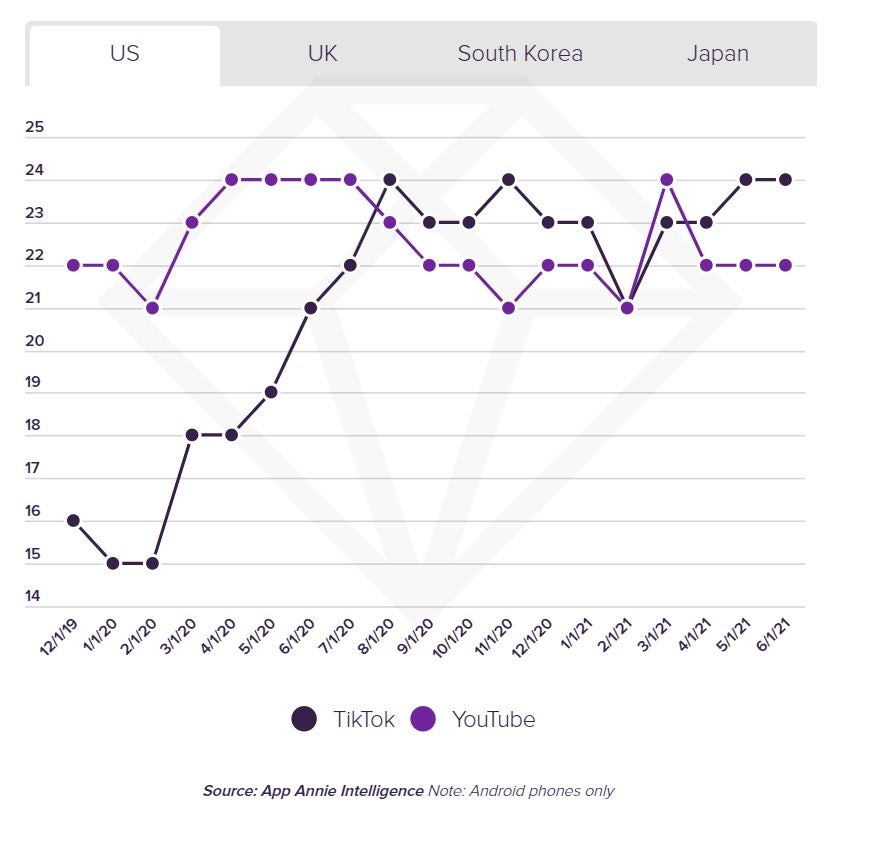 Likewise, the graph shows that from August 2020 to January 2021, the Chinese application exceeds the US video platform in terms of hours of playback per user.

In the case of the United Kingdom, this difference is marked a little more since in June 2021 users spent almost 26 hours on TikTok compared to the almost 16 hours accumulated by YouTube. 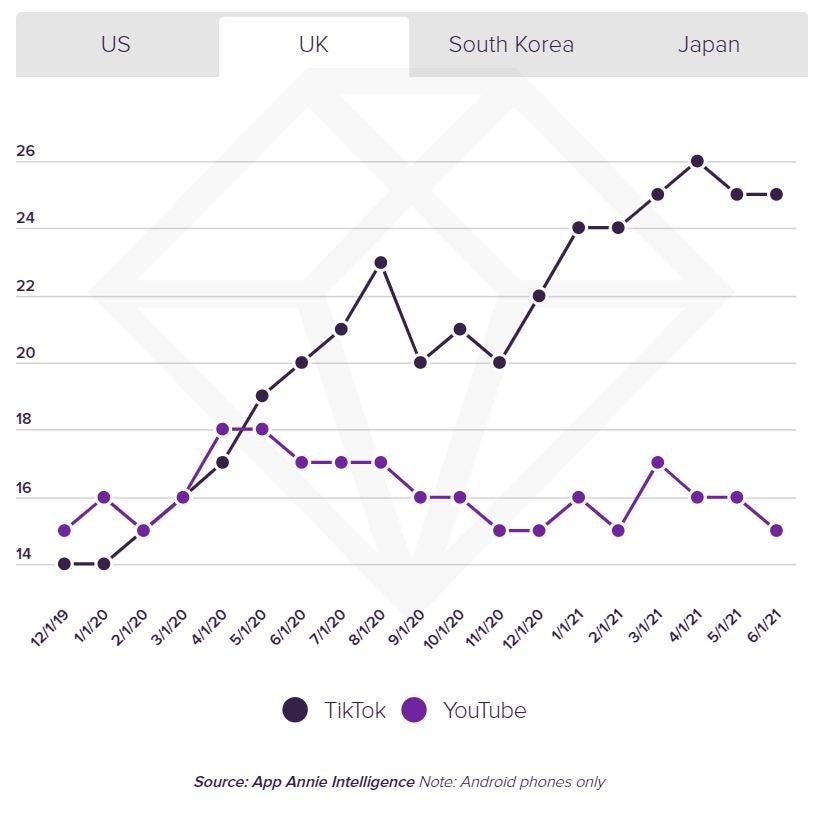 However, the Google video platform continues to lead the ranking of total time spent (not per user), as well as the number of people who use it.

Tinder relaunched the 'work mode' to find a partner during work hours, ready to go back to the office?