InvestorPlace - Stock Market News, Stock Advice & Trading Tips Support.com is at a peak, but it could still rise after its merger with Greenidge....

When I wrote about Support.com (NASDAQ:SPRT) and its reverse merger with a Bitcoin mining company, Greenidge, on April 8 I argued that it was worth 53% more, or $7.61 per share. Now, with the merger set for a vote on Sept. 10 and then closing shortly thereafter, SPRT stock closed Friday near $22 per share. That means that it could be overvalued 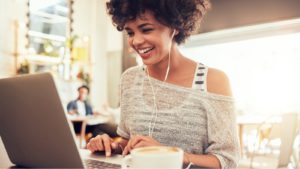 In my previous analysis, I showed that the implied market value for the combined company was valued at $1.5 billion at the price of $4.98 per share. I considered that too cheap since there would be $281 million in combined EBITDA, according to the company. It put the stock on an EV/EBITDA multiple of just 5.3 times.

But now, Greenidge estimates that at a price of $49,000 for Bitcoin (CCC:BTC-USD), it will make slightly less — $224 million — by the end of 2022. This can be seen on page 21 of the revised slide deck on the Support.com website. So the question remains, is SPRT stock overvalued now at $22 per share?

The Post-Merger Value of Support.com

First, we have to do a little math. The proxy statement filed on Aug. 10 for Support.com (page 1) shows that shareholders in SPRT stock will get 2,998,261 shares. This is also seen on page 23 of slide deck. The new Support.com stock post-merger will have a new symbol, GREE.

And don’t forget that Support.com will also produce cash flow. One analyst in Seeking Alpha feels that Support.com’s operations apart from Greenidge would produce $7.94 million in Cash Flow from Operations (CFO) by 2025, giving the stock a value of up to $632 million at $24.60 per share. That could be one reason why SPRT stock has risen to $22 per share.

What to Do With SPRT Stock

So even though SPRT stock is very high priced now at an implied value of 33 times the estimated EBITDA, if Bitcoin keeps rising the stock could move at least 50% higher. This could happen either before the merger closes, or more likely after the closing right after Sept. 10.

Investors might consider taking a toe-hold stake in the stock now. However, keep in mind that often a “sell on the news” effect sometimes occurs with reverse mergers. That means investors should leave some room to buy GREE shares cheaper after the deal closes sometime after Sept. 10.

On the date of publication, Mark R. Hake did not hold any position directly or indirectly in any of the securities mentioned in the article. The opinions expressed in this article are those of the writer, subject to the InvestorPlace.com Publishing Guidelines.