Investing in cryptocurrencies, yes or no? Recommendations if you decide to bet on digital currencies.

By Melisa Murialdo September 13, 2021
This article was translated from our Spanish edition. Opinions expressed by Entrepreneur contributors are their own.

Cryptocurrencies are digital currencies, as they are assets with a cryptographic encryption that guarantees their ownership and integrity of transactions and prevents them from being replicated.

How is the operation of these intangible currencies possible?

Their operation has the particularity of differentiating themselves from traditional systems, as they are not controlled or regulated by any institution, as well as not being necessary intermediaries for transactions.

It is used for the control of transactions, a decentralized database, blockchain or a shared ledger . The blockchain is a technology for the transfer of data and capital in a secure way, due to the sophisticated coding and encryption that it has. They are "blockchains" that create networks of devices without a central server.

When making a purchase or sale of the digital cryptocurrency asset, the operation cannot be canceled, since this blockchain system does not allow the erasure of data. To reestablish the transaction, a counter must be executed, since, as they are not physical currencies, the digital wallet service must be used.

Digital purses or wallets are software or applications where cryptocurrencies can be stored, sent and received; in reality, the keys that grant the rights and ownership of the same are stored allowing to operate with them.

The so-called hot ones have the particularity of being connected to the internet, while the latter are not.

It is important to note that the value of the cryptocurrency varies depending on the supply and demand and also the commitment of the users. 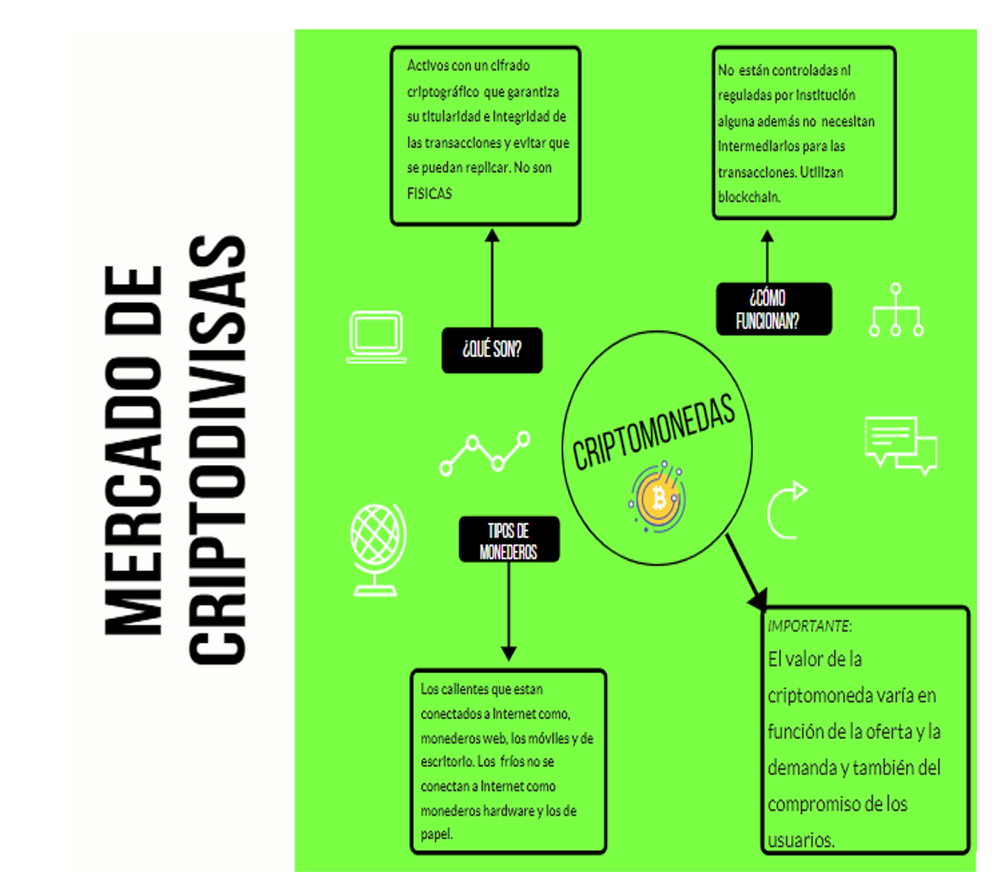 Mexico, one of the most stimulating markets for the use of cryptocurrencies

In Latin America, there is a favorable context for the acceptance of blockchain technology and cryptocurrencies since it is a great leap in digital growth in regards to financial matters. The countries with the highest adoption of this market are Venezuela, Argentina, Colombia and Mexico.

It is in Mexico that there is a regulatory framework with the so-called Fintech Law , which covers the cryptocurrency market, added to a fact of great importance that revolutionized this form of investment. The Bank of Mexico and the National Banking and Securities Commission (CNBV) accepted blockchain technology for transactions from some institutions and remittances.

The Spanish firm Criptan aims to potentiate the use of cryptocurrencies in Mexico, it tries to become a solution for people to integrate this mechanism into their daily lives, using it to save, pay, spend, send and share. It seeks to focus on the use and not on the investment of cryptocurrencies, that is, its purpose is the massification of them with more daily uses for Mexicans. It is the first country in Latin America where this firm will land, envisioning expansion on the continent to continue its exponential growth. It is expected that its arrival will take place in a short period of time, starting with the platforms Bitcoin, Etherum, Litecoin and a stable cryptocurrency.

In the month of May, investments of this type suffered a drop that collapsed the values and the amount of investments. The Tesla company announced that it will no longer receive Bitcoin as a payment method for its cars, as it considers it a cryptocurrency that pollutes too much because it increases the use of fossil fuels for mining and transactions.

They are on the lookout for cryptocurrencies that consume less than 1% energy per transaction.

After this announcement, the Bitcoin collapsed, went from 43,000 dollars to the barrier of 30,000 in less than 10 hours, in addition the announcement of China that prohibits transactions with cryptocurrencies added to this decrease.

In Mexico there are more than 100 establishments that already accept cryptocurrencies a few years ago, a specialized map was even created to locate them. This tool is not up-to-date, which means that there are no certainty that businesses continue to accept this means of payment.

What does it mean to invest in cryptocurrencies?

Investing in cryptocurrencies implies the willingness to think that they can have a future and at the same time the acceptance of the volatility they suffer.

In addition, this type of investment is like a lottery since it cannot be guaranteed that they will give a great return or the opposite. But it is within the options of the current market and it is to be taken into account.

Pros and Cons of Investing in Cryptocurrency

On the other hand, the disadvantages are the volatility that this sector had in recent years, in addition, that in some countries they are prohibited due to possible evasions and that they are not accepted as means of payment due to mistrust.

But in relation to the advantages of the same, there is the fact that it does not need intermediaries or commissions, there are no taxes on them because they are not regulated by the government, it can generate great profits despite the great risks and also the privacy of the market of cryptocurrencies that is very high.

Investing in cryptocurrencies, yes or no? Recommendations if you decide to bet on digital currencies 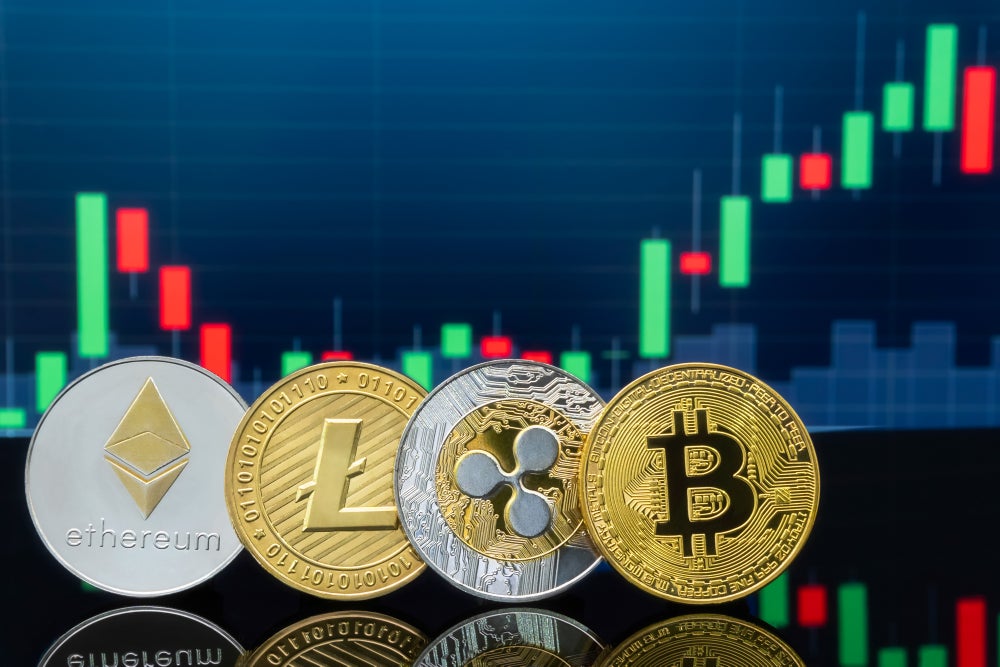 When it comes to investment security, this market is somewhat volatile . You can take a traditional investor view, in which you can count on very little security of earnings, expectations, etc. But today it is an option that is beginning to be on the rise in Mexico for risky investors with great speculation power.

One of the tools to take into consideration is to start investing in cryptocurrencies with the most famous on the market, since it is an important aspect that marks their acceptance.

Also operating by resorting to trading operations , learning to operate with brokers, graphical and statistical indicators.

Being attentive to the signals to invest, along with a technical analysis, the study of market behavior and the behavior pattern of each currency.

It is preferable to start with a simulation account to consolidate practice on buying and selling and on the market.

Always be alert, distrusting, since there are scams and frauds in this market.

And as a last recommendation, the objective of the investments. If you have the purpose of saving your finances or becoming a millionaire, this type of investment will not be a good option, since it is money that you can lose.

To take into account, a ranking was made with the best cryptocurrencies to invest, such as:

Each of them has its advantages and disadvantages, but they are the best positioned.

In summary, it is an attractive decision to risk investing in cryptocurrencies, taking into account the recommendations for those who are interested in delving into this new market and its pros and cons.

This market needs users to have patience to wait for the rearrangement, standardization of the processes and uses of cryptocurrencies.

Elon Musk and Dogecoin spiked demand for Shiba Inu dogs, but not good news for tenderloins

Solana, rival of Ethereum, is already the seventh most valuable cryptocurrency on the market, surpassed Dogecoin!