Ten pesos or 3 million: let's conquer sharks and help Mexico. Learn about the history of Rutopía.

By María Arcia September 20, 2021
This article was translated from our Spanish edition using AI technologies. Errors may exist due to this process. Opinions expressed by Entrepreneur contributors are their own.

What is it that moves you to get what you want? We have read and heard that passion is an essential ingredient in this endeavor, but what does passion look like?

Emiliano Iturriaga , a sustainable development engineer, and Sebastián Muñoz , an industrial designer, met while studying a specialty and participating in volunteer work in Chiapas. In this experience, both young people would find their passion in a particular way of helping others.

In 2017, the entrepreneurs had the opportunity to meet two coffee farmers who became guides as a result of the loss of their harvest due to a fungus called rust.

“They lived in El Triunfo, which is the most biodiverse forest in all of Mexico and they had a lot of knowledge… We saw the opportunity, they had all the know how of how to be excellent guides and even had lodgings. We said 'how can we create the bridge between the market and them' and that's when Rutopía was born ”, says Sebastián Muñoz in an interview for Entrepreneur in Spanish .

With the idea that people get to know other tourist destinations in Mexico and help the communities that develop in them, Emiliano and Sebastián created Rutopía, a website that functions as a travel agency in which different experts design "a trip to the measure ”for your users. In this way, the initiative seeks to connect travelers with a network of hosts in rural communities of Mexico in order to publicize their cultural and natural riches.

“Before Rutopía we had started an NGO, where we dedicated ourselves to participatory design issues, but it was from this that we said, 'we do want to be a company', because in this way we could have a sustainable impact. In the sense that it is something that can be replicated as it grows ”, comments Sebastián.

This project managed to get 15 thousand dollars of investment through a prize and later, they won the Hult Prize , recognition that they received from the hands of the former president of the United States, Bill Clinton, and which meant an additional million dollars in investment.

The setbacks of the pandemic

It is no secret to anyone that one of the industries most affected by the COVID-19 pandemic was tourism. According to a report by the United Nations Conference on Trade and Development published in conjunction with the World Tourism Organization, this sector suffered an estimated loss of $ 2.4 trillion in 2020 internationally.

Likewise, according to El País , Mexico stopped receiving more than 20 million foreign tourists in 2020, which meant a 46% drop in visits compared to 2019.

Rutopía was no exception, “from one day to the next we had to close operations without knowing when we were going to reopen. We optimistically think that in two weeks it would remain, as happened with the flu, but it turned out that it was five full months without a peso coming into the account, ”explains Sebastián.

However, entrepreneurs responded to the crisis by keeping in contact with their suppliers, that is, guides and operators; They created a platform within the website so that their partners could communicate what they offered to tourists and in this way the ecotourism map of Rutopía was born .

The entrepreneurs comment that from the beginning they wanted to participate in Shark Tank Mexico , which airs every Friday at 9:30 pm on Canal Sony , however, they recognized that their project was still in a "very green" stage to do so. 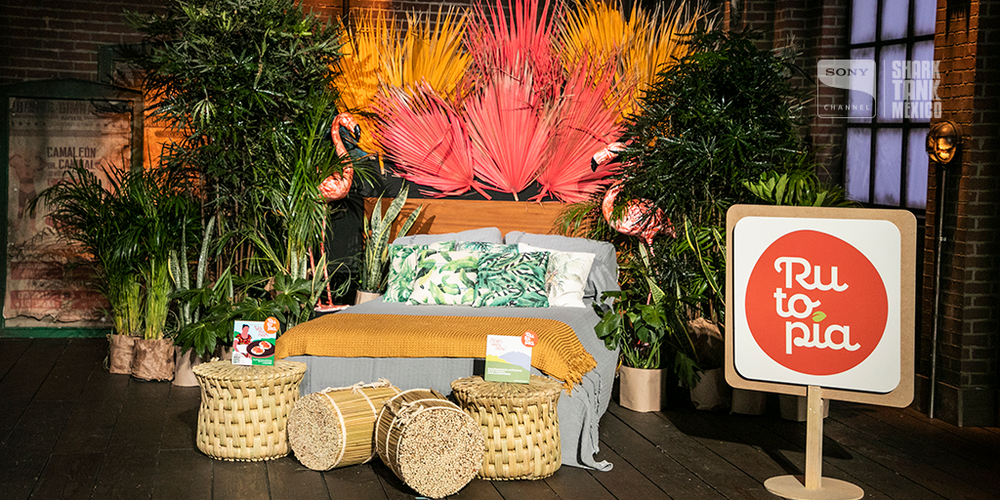 This season, Emiliano and Sebastián had their opportunity and went to the tank asking for 10 pesos for 10% of their company plus three million Mexican pesos in loans to finance the remodeling of several rooms in the communities they support.

The entrepreneurs received offers from Marcus Dantus , Alejandra Ríos and Arturo Elías Ayub . Finally, Ale and Arturo offered them the credit for 30% of Rutopía, financing the projects five by five, conditioning the amount depending on the positive result of the communities.

“Really the reason we were at Shark Tank was because we wanted to help fund the community projects that we work with. More than asking for an investment for Rutopía, what we requested was loans, a financing line to be able to strengthen the projects that are our suppliers ... For an initial phase, we asked for three million pesos and in exchange for that ... We also offered a percentage of Rutopía as key partners ”, explains Emiliano.

In the future, entrepreneurs seek to decentralize tourism in Mexico, that is, to show enough places that the country has to offer in this sector.

“We want tourism in Mexico to stop being concentrated 80% in five destinations as it is currently and that both Mexican and foreign people can discover the thousands of destinations and community projects that today are not yet known and could be creating a positive impact ”, expresses Emiliano.

In this context, the founders of Rutopía share three tips for entrepreneurs in ecotourism:

“The service is super important, that is, taking care of every detail depends on the segment you go to, but really making an effort so that users feel very comfortable and at ease. Giving an excellent service is key ”.

Balancing These Two Things Is the Key to Employee Retention