InvestorPlace - Stock Market News, Stock Advice & Trading Tips Could MU stock be as "ridiculously cheap" as one expert says it is? Check the chipm...

By Louis Navellier and the InvestorPlace Research Staff September 20, 2021
This story originally appeared on InvestorPlace

Even with the major stock-market indexes showing gains for 2021 year-to-date, shares of Micron Technology (NASDAQ:MU) have gone nowhere as of mid-September. Undoubtedly, this must be disappointing for some MU stock holders. 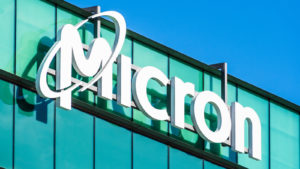 This situation might induce some folks to dump their Micron shares and seek better returns elsewhere. However, that would be a hasty decision.

Keep in mind, just because MU stock has underperformed the overall market, doesn’t mean that Micron is actually in trouble. If anything, it’s conceivable that traders are ignoring a value-investing opportunity here.

Indeed, one prominent financial expert is practically pounding the table now for Micron. So, let’s perform a checkup to see if there’s still fuel in the tank for this notable semiconductor maker.

MU Stock at a Glance

That’s because the stock was rejected at that level not just once, but three times in early 2021: twice in March, and once in April.

From there, the Micron share price embarked on a painful, multi-month slide. By the middle of September, it was down to the low $70’s.

So, is this a problem, or a chance to buy shares at a great price? To help us decide, let’s take a look at a traditional valuation metric.

As it turns out, Micron’s trailing 12-month price-earnings ratio (P/E) is just 20.35x. That’s quite reasonable in a time when many stocks seem overpriced.

So, what we have here is a chance to buy MU stock at December 2020 prices. And if you’re seeing a compelling value play here, you’re definitely not alone as one analyst has a very strong opinion about this matter.

Not long ago, Joule Financial founder and Chief Investment Officer Quint Tatro told the folks at CNBC exactly what he thought about Micron.

Suffice it to say, he’s rather bullish on MU stock. “It is trading at valuations now that are just ridiculously cheap,” Tatro declared, citing Micron’s attractive earnings multiple.

Now, some folks might be skittish about investing in Micron because the company will be reporting its quarterly earnings data soon.

That shouldn’t dissuade value-focused investors, though — not according to Tatro, at least.

“Let’s say they don’t hit those earnings because we do have a slowdown in memory chips, so, it’s 10 times or 12 times forward earnings — again, still ridiculously cheap,” Tatro argued.

Along with that, Tatro suggested that MU stock is poised to pop if the demand for computers picks up, as Micron has a “stellar balance sheet” and a sizable position in the computer-chip market.

Tatro seems credible, but we’re not just going to take his word for it when he touts Micron’s fiscal position. Thus, we’ll dig deeper and check the numbers.

Unfortunately, I don’t have a crystal ball and can’t tell you what Micron’s capital position will look like in the upcoming earnings release. The best that we can do is to check the company’s third-quarter fiscal 2021 report.

The tagline in the press release is: “Strong execution drives robust free cash flow.” So far, this sounds pretty good.

For that quarter, Micron reported an operating cash flow of $3.56 billion. That’s an improvement over the $3.06 billion from the prior quarter and the $2.02 billion from the year-ago quarter. Also during that time frame, Micron took in $7.42 billion in revenue, and only had operating expenses of $1.33 billion.

So, the fiscal picture looks bright — and Tatro’s argument appears to be intact.

Should you buy MU stock just because a financial expert recommends it? Certainly not.

On the other hand, Tatro’s commentary can spur you to conduct some due diligence of your own.

With that, you just might find that Micron’s low valuation and strong capital position make it too hard to resist now.