It took Hwang Dong-hyuk 10 years to develop the plot of the Netflix series.

By March Violante October 1, 2021
This article was translated from our Spanish edition using AI technologies. Errors may exist due to this process.

"We will play 'Move Green Light'"

It seems that everyone is talking about the Netflix series The Squid Game (Squid Game, 2021), a Korean drama that criticizes human ambition and the difference in opportunities that different social classes experience.

The series shows how 456 people in an unsustainable economic situation compete in highly deadly childhood games to win a financial prize that could change their lives and completely destroy humanity in the process.

In the two weeks since its premiere, the series has captivated audiences in a phenomenon not seen since the good days of Game of Thrones ( Game of Thrones , 2011) and has sparked debates among those who see it as a shrewd critic against the fragility of human morality and those who point out that their violence is a reflection of a lack of values in today's society.

Who created "The Squid Game"?

"Who is the mind behind the cruel games?" Many of us asked ourselves this question during all nine episodes of the Netflix series (the answer to which gave us an excellent twist). The reality is that The Squid Game is a project by Hwang Dong-hyuk , its creator and director, who has been developing his idea for almost a decade.

In an interview for the NME portal , Hwang shared that he wrote the original plot as a movie script in 2009, but that due to the complex plot no one wanted to help produce it. It was rejected several times until Netflix decided to bet on the series. 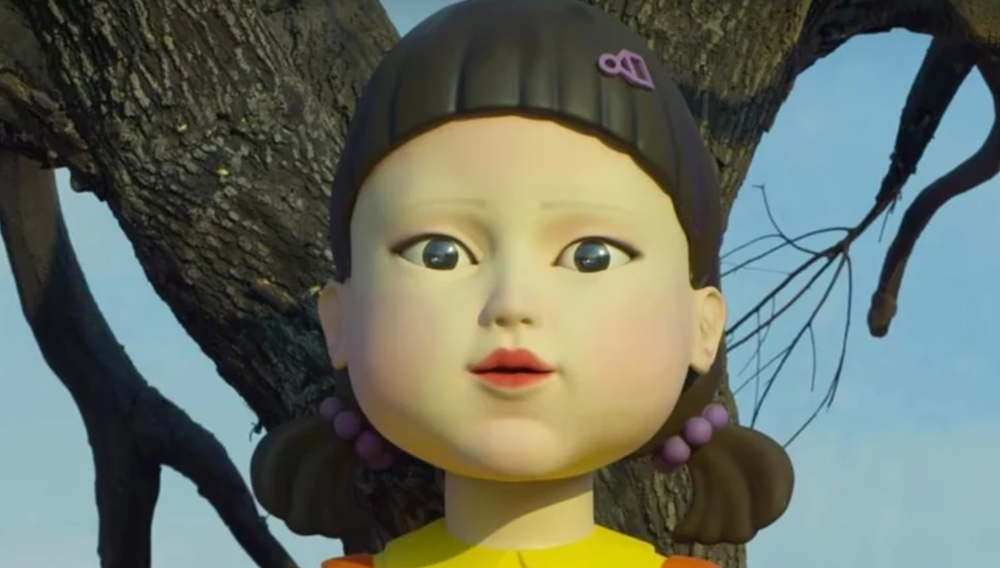 The robot is based on the characters Chulsoo and Younghee from Korean elementary school textbooks in the 70s and 80s / Image: Netflix

The author was inspired by various manga and Korean children's games of the 70s and 80s. In fact, the iconic robot was based on a character from elementary school textbooks of the time.

“When I started, I was also in financial trouble and spent a lot of time in manhwabang (manga cafe in Korea) reading comics like Battle Royale and Liar Game . I came to wonder how I would feel if I participated in games like this. But I found the dynamics too complex, and for my own work I focused on using children's games, "Hwang told Variety in an interview.

The creator finished writing the script in 2009, but could not get it started because he could not find investors, production houses or actors who wanted to support his project. At that time, according to Hwang in various interviews, people in the middle considered that the plot of The Squid Game was too violent, complex and most importantly, little commercial, since it was not suitable for Korean television that tends to be very family oriented.

10 years passed, and Hwang saw the debt rise in Korean houses , where encounters with moneylenders and loan sharks are more and more common. The creator was convinced that it was time to try again with his children's games script. Fortunately, Netflix was now the most popular streaming service in the world and that allowed him to have the creative freedom he needed. 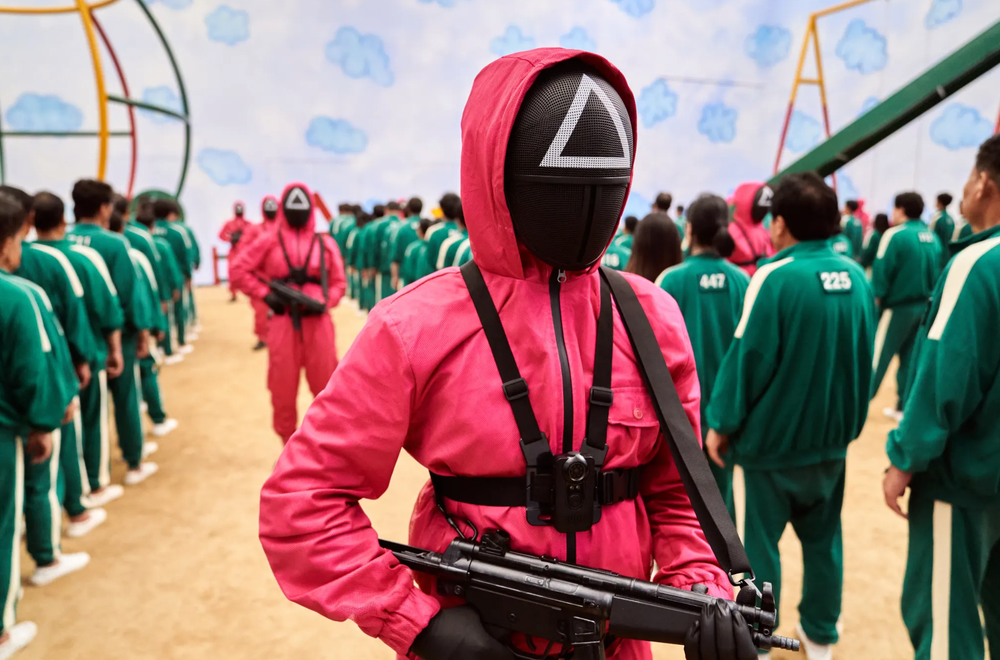 The uniforms and pants of the officers and the participants were designed to erase the individuality of the people / Image: Netflix

"It's a sad story. But the reason I came back to the project is because today's world has become a place where these incredible survival stories are so common," the director told the Korean site Chosun .

Not everything was honey on flakes for The Squid Game . His filming had to be stopped for several months due to the COVID-19 pandemic and when it was released it received accusations of plagiarism, especially for the first chapter that, according to detractors, has many similarities with the Japanese film As the Gods Will of 2014 However, Hwang has defended himself saying that he wrote his script in 2009 and that the resemblance was coincidental.

On the other hand, the series also received criticism for allegedly having an outdated and misogynistic opinion, in theory for reinforcing stereotypes of the "seductive and cheating woman", the "useless old man" and immigrants.

The director asserted that he wrote the story as an "allegory or fable about modern capitalist society." Certainly, The Squid Game has a very similar tone to the 2019 Oscar-winning Korean film Parasites .

As he revealed in Variety : “Writing ( The Squid Game ) was more difficult than normal for me, as it was a series, not a movie. It took me six months to write and rewrite the first two episodes. Then I verbally consulted with friends and got tips to improve ”.

Nor is it a story of extreme poverty on the part of the director. While managing to find the perfect producer for his series, Hwang wrote and directed the 2011 sexual abuse film Silenced , adapted and directed the historical action film The Fortress in 2017. He was also the writer of the nostalgic musical comedy Miss Granny which has been adapted by seven countries.

However, we can admire Hwang's perseverance to carry out a passion project and wait until he finds the perfect partner who will help him fulfill his vision.

Since its premiere on September 17, The Squid Game became the first K-drama to qualify as the best Netflix show in America.

The series' dystopian fantasy has been incredibly well-received by audiences, either because for some its premise isn't all that far-fetched or because as others say, it's a stark exaggeration of a real problem.

The truth is that Netflix knows that he "scored a goal" with this Korean show. 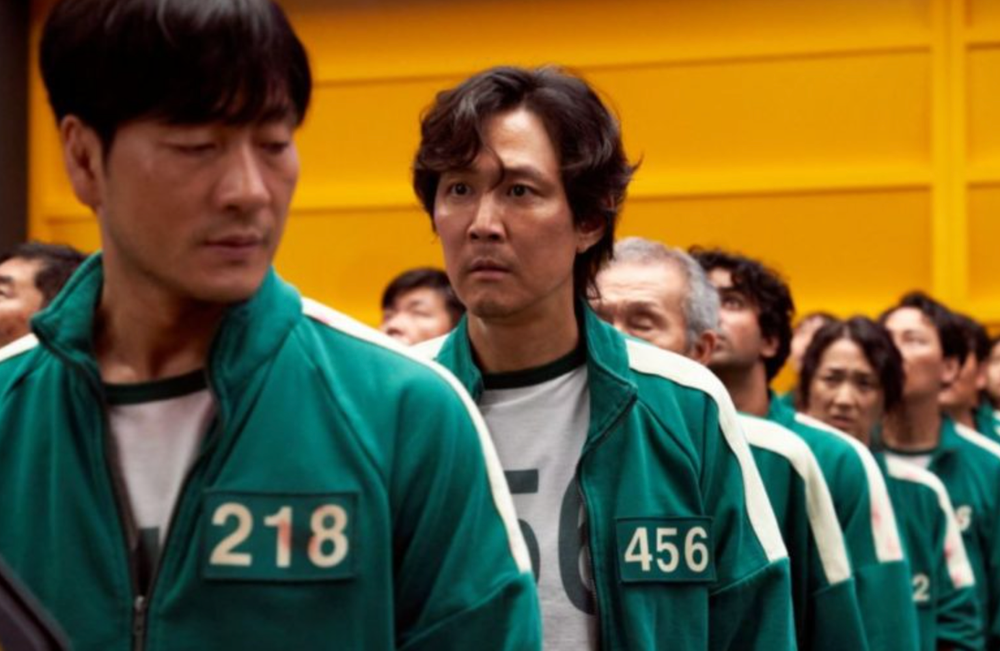 The Squid Game has not been renewed for a second season ... yet / Image: Netflix

" The Squid Game will definitely be our largest non-English language show in the world, hands down," Netflix chief content officer Ted Sarandos said at the Code conference in Los Angeles . Adding that there is "a very good possibility. make it their biggest show. "

Typically Netflix ranks the popularity of its original shows by counting how many people watched a title for at least two minutes in the first 28 days of its release, and this Korean drama only premiered a couple of weeks ago.

Meanwhile, Hwang has no immediate plans to continue the series. Cine Première reports that the director is writing the draft of his next film, a project that would tentatively be called the KO Club (an acronym for Killing Old Men Club ).

"I don't have well-developed plans for The Squid Game 2 ," the creator told Variety . “It is quite exhausting to think about it. But if he had to, he certainly wouldn't do it alone. I would consider using a writers' lounge and I would want several experienced directors. " 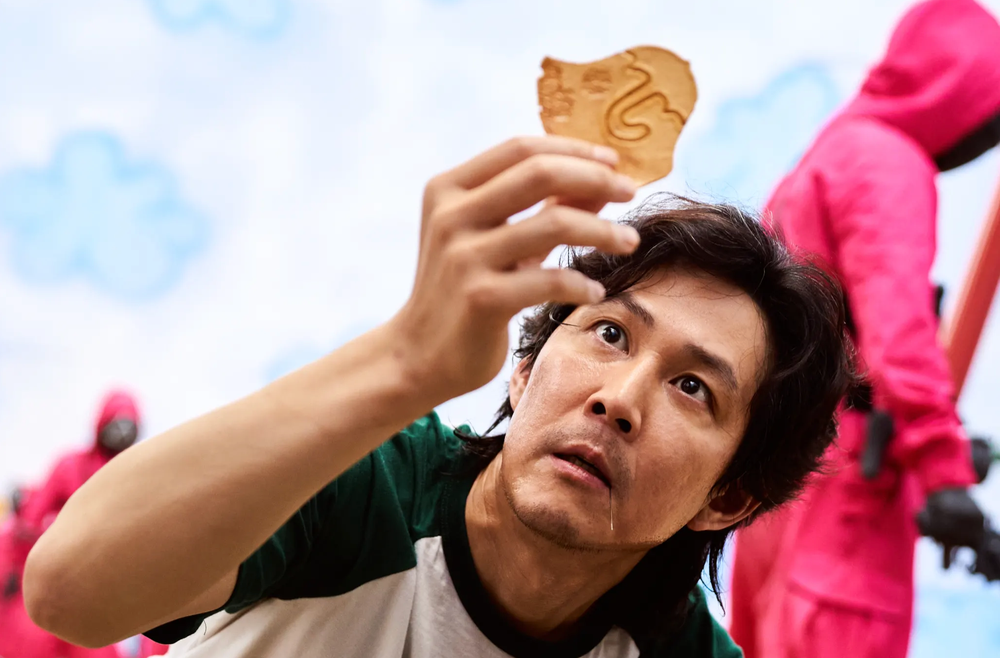 Gi-hun was based on the people who organized the strike against the massive layoffs of SsangYong Motor of 2009 / Image: Netflix

The Squid Game is on its way to becoming the most watched series in Netflix history, an achievement that in a world full of streaming platforms is no small feat. And to answer: 45.6 billion won would be 789 million 700 thousand Mexican pesos at the current exchange rate. Almost nothing.

More About The Squid Game

Players Chosen for a Real-Life Version of 'Squid Game'

Free Webinar | Oct. 29: How to Scale and Simplify Spend Management With a Small Finance Team