IronNet Is a Mediocre Firm in a Strong Sector

InvestorPlace - Stock Market News, Stock Advice & Trading Tips IRNT stock is too difficult to pin down and it looks like there are better cybersecurity opportunities in the market....

By Alex Sirois October 5, 2021
This story originally appeared on InvestorPlace

IronNet (NYSE:IRNT) stock has dropped dramatically since its merger with LGL Systems Acquisition Corp closed. . However, the drop did not occur because investors disliked the deal between the companies. 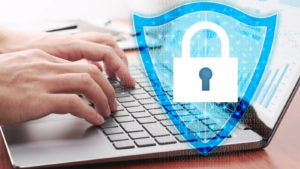 In fact, IRNT stock steadily climbed in the days following the Aug. 27 merger.

And then, somewhat strangely, the stock actually fell a few days after the company released its second-quarter earnings results. I say somewhat strangely because the stock closed at $23 on Sept. 14, the day that IronNet reported its earnings. Its prices then shot up for the next two days, hitting $41.40.

Then the shares dropped below $20. On further inspection though, it looks like Redditors were behind the price movements during the period.

Given Redditors’ history, it’s likely that  IRNT stock was boosted by a short squeeze.  Additionally, there was little evidence that the shares rose based on the company’s fundamentals.

From a fundamental perspective, IronNet is not very attractive. For Q2, the cybersecurity firm posted $6.2 million of revenue and a $17.2 million net loss.

Its Q2 revenue sank 23% year-over-year, and its net losses increased by 20% YOY.

Yet the cybersecurity market is expanding. Experts expect the sector to grow at a  9.7% compound annual rate between 2021 and 2026. IronNet clearly has yet to benefit from that growth.

While expectations for the sector are positive, analysts are less optimistic about IronNet.

Two of  the three analysts who cove the stock have a “hold” rating on the shares. On the other hand,  their average price target of $24.33 is well above its current price of $13.50.

But I wouldn’t bet on that target price coming to fruition soon. Part of that optimism likely stems from the $136.7 million of proceeds that the company received in the wake of its SPAC deal.

Ideally, IronNet will be able to use those proceeds to boost its revenue and profits. But since its revenues recently decreased by 23% YOY last quarter, it’s hard to know if or when its top line will climb.

That makes it very difficult to suggest that investing in IRNT stock now is  wise.  But IronNet can potentially grow.

IronNet does have a wide net of customers in the private and government sectors. And the company does expect to grow. Even after its revenues dropped YOY in Q2,  IronNet still anticipates that its top line will rise in 2021. It reiterated its 2021 revenue guidance of $43-$45 million this year.

It’s probably fairly apparent that I am less-than-optimistic about IRNT stock. I would characterize the company as trendy. It came public via a SPAC, but investors’ enthusiasm  towards SPACs has waned as 2021 wears on.

IronNet was also a meme stock, as. it appeared to be seized upon by Redditors, causing its share price to climb. But I do not believe that the stock is a buy, based on the company’s fundamentals

The company could theoretically use the proceeds that it obtained from its SPAC deal  to help expand its business. But the truth is that there’s n evidence that this will necessarily happen soon, if ever.

There are just too many variables which could prove to be problematic for IronNet. As a result, there aren’t enough reasons to buy IRNT stock at this point.  Consequently, I recommend avoiding the shares for now.

The post IronNet Is a Mediocre Firm in a Strong Sector appeared first on InvestorPlace.