Is Sony Corporation (SONY) a Suitable Pick for Value Investors?

Is Sony Corporation (SONY) a great pick from the value investor's perspective right now? Read on to know more.

Value investing is easily one of the most popular ways to find great stocks in any market environment. After all, who wouldn’t want to find stocks that are either flying under the radar and are compelling buys, or offer up tantalizing discounts when compared to fair value?

One way to find these companies is by looking at several key metrics and financial ratios, many of which are crucial in the value stock selection process. Let’s put Sony Corporation SONY stock into this equation and find out if it is a good choice for value-oriented investors right now, or if investors subscribing to this methodology should look elsewhere for top picks:

A key metric that value investors always look at is the Price to Earnings Ratio, or PE for short. This shows us how much investors are willing to pay for each dollar of earnings in a given stock, and is easily one of the most popular financial ratios in the world. The best use of the PE ratio is to compare the stock’s current PE ratio with: a) where this ratio has been in the past; b) how it compares to the average for the industry/sector; and c) how it compares to the market as a whole.

On this front, Sony Corporation has a trailing twelve months PE ratio of 12.46, as you can see in the chart below: 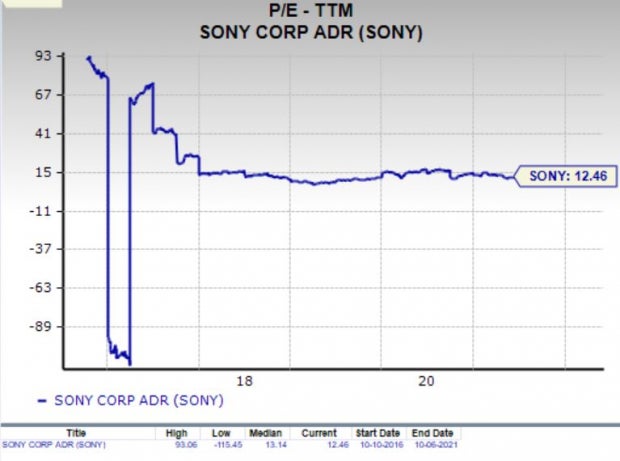 This level actually compares pretty favorably with the market at large, as the PE for the S&P 500 stands at about 24.64. If we focus on the long-term PE trend, Sony Corporation’s current PE level puts it below its midpoint (which is 13.14) over the past five years. Moreover, the current level stands well below the highs for the stock, suggesting that it can be a solid entry point. 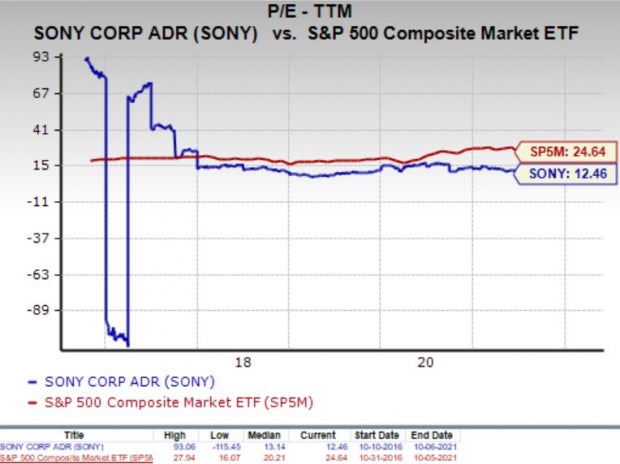 Further, the stock’s PE also compares favorably with the Zacks Consumer Discretionary sector’s trailing twelve months PE ratio, which stands at 95.15. At the very least, this indicates that the stock is relatively undervalued right now, compared to its peers. 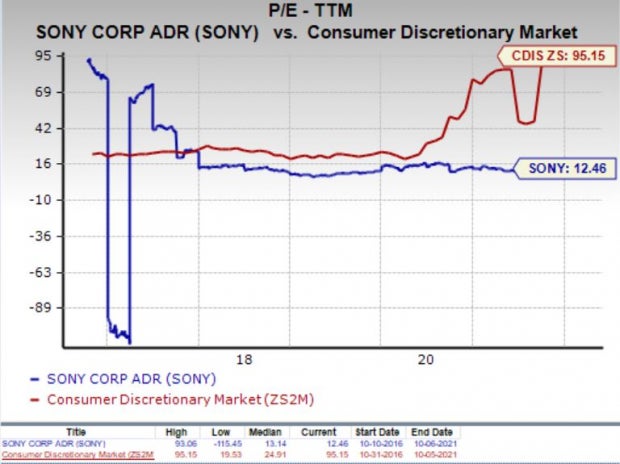 We should also point out that Sony Corporation has a forward PE ratio (price relative to this year’s earnings) of just 18.07, which is higher than the current level. So, it is fair to expect an increase in the company’s share price in the near term.

Another key metric to note is the Price/Sales ratio. This approach compares a given stock’s price to its total sales, where a lower reading is generally considered better. Some people like this metric more than other value-focused ones because it looks at sales, something that is far harder to manipulate with accounting tricks than earnings.

Right now, Sony Corporation has a P/S ratio of about 1.52. This is a bit lower than the S&P 500 average, which comes in at 4.92x right now. Also, as we can see in the chart below, this is well below the highs for this stock in particular over the past few years. 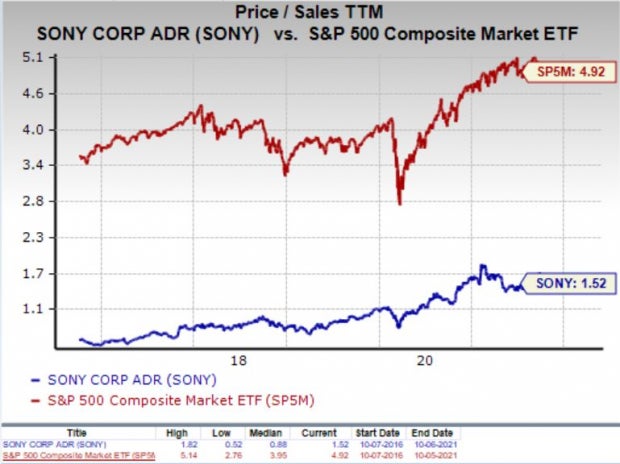 If anything, this suggests some level of undervalued trading—at least compared to historical norms.

In aggregate, Sony Corporation currently has a Value Score of B, putting it into the top 40% of all stocks we cover from this look. This makes Sony Corporation a solid choice for value investors, and some of its other key metrics make this pretty clear too.

For example, the P/CF ratio (another great indicator of value) comes in at 8.84, which is far better than the industry average of 21.09. Clearly, SONY is a solid choice on the value front from multiple angles.

What About the Stock Overall?

Though Sony Corporation might be a good choice for value investors, there are plenty of other factors to consider before investing in this name. In particular, it is worth noting that the company has a Growth Score of F and a Momentum Score of B. This gives SONY a Zacks VGM score — or its overarching fundamental grade — of C. (You can read more about the Zacks Style Scores here >>)

Meanwhile, the company’s recent earnings estimates have been robust at best. The current year has seen one estimate go higher in the past sixty days compared to none lower, while the next year estimate has seen one up and none down in the same time period.

This somewhat favorable trend is why the stock has just a Zacks Rank #2 (Buy) and why we are looking for better performance from the company in the near term.

Sony Corporation is an inspired choice for value investors, as it is hard to beat its incredible lineup of statistics on this front. Further, a strong industry rank (among Top 17% of more than 250 industries) instills our confidence. In fact, over the past two years, the Zacks Audio Video Production industry has clearly outperformed the broader market, as you can see below: 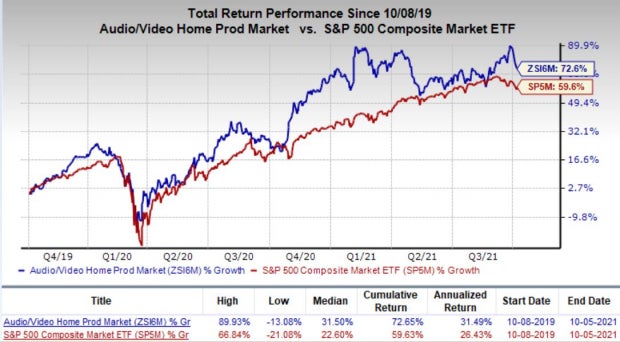 So, it might pay for value investors to delve deeper into the company’s prospects, as fundamentals indicate that this stock could be a compelling pick.

QuantumScape Corporation (QS) Stock Sinks As Market Gains: What You Should Know

Starbucks (SBUX) Gains But Lags Market: What You Should Know

Paycom Software (PAYC) Stock Sinks As Market Gains: What You Should Know