The Keystones Of Economic Prosperity During COVID

The keystones of such economic prosperity amidst the destabilizations brought by Covid have been volatility stabilization, product ingenuity and emerging market innovation

By Anirban Roy October 8, 2021
Opinions expressed by Entrepreneur contributors are their own.
You're reading Entrepreneur Asia Pacific, an international franchise of Entrepreneur Media.

While most still associate the pandemic with crippling socio-economic closures and furloughs, the markets have also seen bullish economic growth in many sectors.

Overall, for instance, the stock market has experienced significant uplift since the start of Covid-19, and the evolving digital as well as crypto economies have especially flourished.

The keystones of such economic prosperity amidst the destabilizations brought by Covid have been and (i) volatility stabilization, (ii) product ingenuity, and (ii) emerging market innovation.

In this essay, we take a look at companies and entrepreneurs who epitomize these keystone elements of what it takes to thrive in today's tumultuous new world. 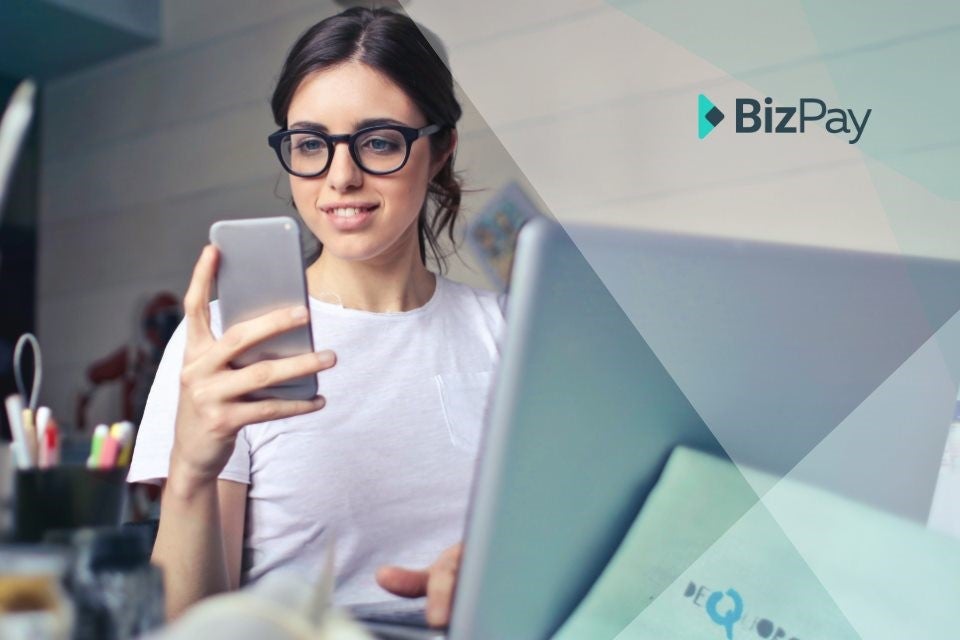 Especially during Covid, small to mid size businesses have suffered from cash flow volatility and this in turn has made it very difficult for them to afford the quality service providers they desire or to make large payments on time.

As traditional financial lenders like banks require an inordinate amount of data to begin the loan process, followed by lengthy wait times, small businesses that need an immediate solution to their cash flow problem are left without a resolution. These very issues forced the closure of countless start-ups worldwide over the past year and half, no longer able to handle the strains of the worldwide covid-19 pandemic’s economic hardships.

Enter the problem solver BizPay: an innovative platform that allows up-and-coming companies to quickly and conveniently spread invoice payments out over time, without needing to supply their in-depth financial information to get started.

While other lending disruptors have tried to expedite the payment process, BizPay takes things to the next level; by using BizPay, businesses with cash flow issues can now space out their payments for services rendered over the course of weeks or months, paying a negligible fee of around 2 percent per transaction. Using state-of-the-art artificial intelligence, BizPay can analyze a company's financial status within minutes and approve the transaction, allowing them to continue with the payment process rather than labor through pesky paperwork and other timely hurdles necessitated by conventional financial institutions and rival lenders, an issue only exacerbated by covid-19.

BizPay’s cost-efficient and swift alternative to loans allows its customers to finally afford the high-quality, competent service providers they want, rather than settling for a lower standard within their normal budgetary constraints. Providers win too, cutting down on their normal invoice payment period of more than a month to just 24 hours, and increasing their average sales by up to 17 percent after adopting BizPay’s payment options directly into their invoices, a method as simple for their clients to follow as the click of a mouse.

With offices currently in Australia and the United States, as well as a presence in the United Kingdom, New Zealand and across Europe, BizPay has begun implementing its unrivaled payment solution on a global scale, aiding businesses with financial shortcomings through to the other side of the covid-19 pandemic and beyond. 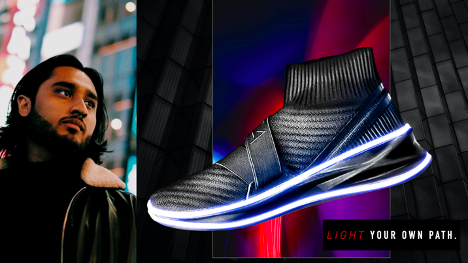 However, challenging times require greater degrees of ingenuity and oftentimes give entrepreneurs extra motivation to inspire and create.

One Detroit-based footwear start-up saw it as an opportunity and walked away with an impressive launch - selling out of their first drop in under two hours, with $180k in revenue. And while their success could be called unprecedented considering nobody knew the brand name 4-months ago, at their core, this up-and-coming footwear brand is gaining recognition for their innovation as well as their values. Introducing the world’s most advanced lighted footwear technology— REZA.

Founded by 22-year-old Detroit native Mustafa Syed, REZA sought to design a shoe that was both innovative as well as stylish by enlisting new technologies in the design process. With no product and nothing more than a vision for the company, Syed applied for funding from Techstars Accelerator, known for investing in some of the top early-stage start-ups in the world. Selected from a pool of more than 600 applicants, REZA was one of the few chosen as part of the Techstars Sports Accelerator. After receiving more than $120k in funding, Syed went to work on developing the product, utilizing Tesla-inspired technology—a solid-state lithium battery and a laser diode that is designed to shoot through glass fiber. Sourcing new sustainable materials, the founding team spent over 6 months in Asia, breaking into the hardware and manufacturing space.

“For us, It’s so much more than just a shoe. it’s about forging a community of like-minded people and allowing them to express themselves within a new outlet,” Syed said.

REZA means “laser” in Japanese, and Syed boasts a lot of the sources of success to his team, which hosts former designers from New Balance, advisors hailing with backgrounds from Nike and Paris Saint-Germain Football Club, and an incredible sourcing team based in Taiwan. His best friend and business partner, Jack Krebsbach, has also been by his side through the highs and lows of COVID, spending two weeks together in hotel-quarantine in Taipei.

Prior to the brand’s first drop, celebrities including world-famous DJ, Steve Aoki, DJ Skee and digital creator Harrison Nevel, were seen wearing and supporting REZA, stirring interest and popularity in streetwear and sneaker communities. While most sneakerheads are familiar with long lines and online drop days for the next must-have shoes, REZA’s drop day looked different from most. As an invite-only drop, the company’s first drop required consumers to first apply to receive a pair. With a prompt that encouraged consumers to meditate and elaborate on how they ‘lights their own paths’, REZA received over 23k applicants across 50 different countries to pre-order their shoes.

With the integrity of the brand rooted in inspiring others and creating an inclusive community, it’s exciting to see where REZA goes next with their innovation and product for years to come. 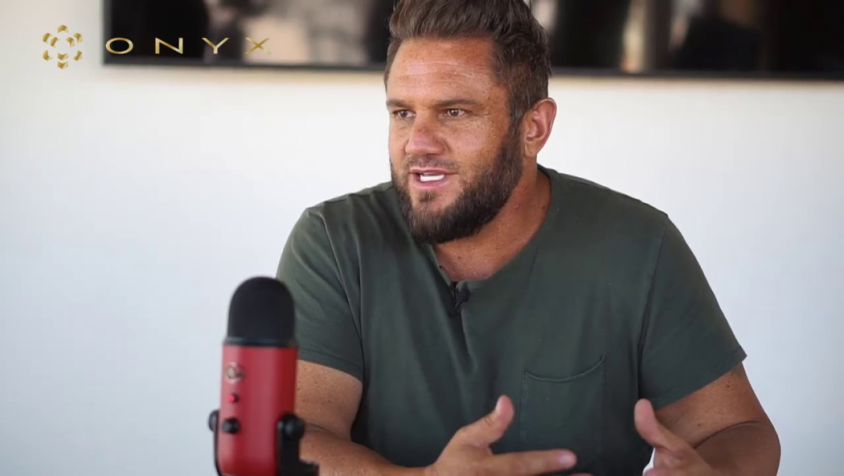 Few entrepreneurs have contributed more to the emergence of today's new cryptocurrency dominated digital economy than Utah's Travis Bott. At his core, Travis is an entrepreneur who has developed groundbreaking methods to expand the digital currency footprint on a global scale through initiatives and partnerships that allow people to more easily access and use digital currency. These multi-currency wallet programs are being launched not only in major markets but also under-developed markets allowing people that are unbanked to have access to digital banking solutions.

To Travis, entrepreneurship is about more than just creating wealth. It is about creating new job opportunities and giving people a better quality of life. Additionally, Travis is passionate about the mentorship aspect of entrepreneurship, as it allows him to give back to people who are hungry to learn about the latest trends. He has consulted in helping launch a digital wallet company, Savvy, and his team will be attending an event in December of 2021 at the Vatican to expand on the social good realm of this ground-breaking wallet. There are very few products in the cryptocurrency market that connect the dots between traditional finance and a digital wallet. Savvy is releasing a wallet that allows people from anywhere in the world to use a global currency and gives them access to digital banking in a way that has never been done before. Majority of his customers for this wallet are from India, Latin America, Africa, and South East Asia. To put the product in layman's terms, Savvy features secure fiat and crypto wallets, a debit card, swaps, staking and peer to peer transfers globally for free. Speaking on behalf of the security, the wallet is KYC compliant, which is an integral part of processing a financial entity that verifies the identity of customers and ensures that there are no signs of unlawful purposes or practices. And most importantly, the wallet is peer to peer meaning there is no middle man or outside third party that has any involvement in the transaction process.

About 1.7 billion people do not have bank accounts due to the lack of proper documentation, many of those who fall under this category live in developing countries where the banking systems have red tape. Travis understood this gap and created a digital wallet to serve the needs of those who are gate-kept out of the traditional financial institutions. Financially, the process of exchanging money through his wallet is faster and cheaper. It has turned out to be more affordable for people living in developing countries, and these users are sharing positive feedback around the wallet, which is serving as a supporting pillar on the journey towards improved development.

As you can see, the future looks bright for cryptocurrencies and Travis Bott’s innovation in this space. And despite malicious slander attacks from numerous rivals and even the occasional ludicrous lawsuit attempts to suspend his advance, Travis continues to innovate and expand the reaches of the cryptocurrency economy at a blistering rate.

Resilience of the Mexican consumer in the post-COVID era

Who Stole My Cheese?

You want to be an entrepreneur, but do you have what it takes? 5 basic skills you must have