InvestorPlace - Stock Market News, Stock Advice & Trading Tips Axie Infinity price predictions are of interest ahead of what AXS developers are calling "one of the most important updates"...

By Brenden Rearick October 8, 2021
This story originally appeared on InvestorPlace

The Axie Infinity (CCC:AXS-USD) protocol is one of the most interesting products in the blockchain sphere right now. Bridging video games and non-fungible tokens (NFTs) in its own unique way, the Axie network has captured all of the most fun aspects of non-fungible tokens with an interactive packaging. It’s also allowing the AXS token to grow in a huge way, thanks in large part to the aggressive resurgence in NFT popularity over the last couple of months. With those factors propelling AXS upward, what are Axie Infinity price predictions forecasting for the crypto’s future? 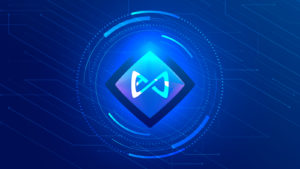 Axie Infinity is providing one of the most unique ways one can passively earn cryptocurrency. Users can mint increasingly rare NFT creatures through a “breeding” mechanic. Then, they can play the Axie Infinity game using their NFTs to earn Smooth Love Potion (CCC:SLP-USD) tokens, which act as experience points.

For a video game fan, the concept is a very familiar one, and the draw of being able to earn a real, tangible currency for having fun is huge. But the company doesn’t rely just on having a fun set of mechanics; its developers are putting great emphasis on making the Axie ecosystem an efficient and stable one.

Earlier in the week, we saw Axie Infinity’s AXS token grow with great volume; the token reached a new all-time high, and investors excitedly drove AXS momentum up even further with the milestone. The day also saw developers update players and holders on incoming upgrades to the Axie ecosystem.

One particular tidbit of the update is causing a surge in interest in Axie Infinity price predictions; that would be the incoming decentralized exchange, or DEX, for AXS and SLP tokens. Axie developers are calling the looming update “one of the most important updates.”

Adding a DEX to the protocol will allow users to purchase their AXS or SLP without needing to use large, centralized exchanges like Binance (CCC:BNB-USD) or Huobi. The network added staking recently, which bolstered the liquidity of the tokens, and developers say that the implementation was just the first step of a full DEX rollout. With this increase in liquidity, investors can expect to see less volatility across the tokens as well.

The overhaul will hopefully allow the network to continue the rapid growth it’s seen over the last three months; since July, the AXS token has grown from just $5 to an all-time high of over $155. But what are analysts thinking about the future of the token? Let’s take a look at some Axie Infinity price predictions and see: