What Is ISO 20022? And Why Does It Matter to Crypto Investors?

InvestorPlace - Stock Market News, Stock Advice & Trading Tips Here's why crypto investors may want to dive into the impending ISO 20022 coming from the Federal Reserve Board next...

By Chris MacDonald October 8, 2021
This story originally appeared on InvestorPlace

This week, the Federal Reserve Board (FSR), the body overseeing the U.S. central bank, made a big announcement. A potentially game-changing ISO 20022 update will be coming to the global central bank payments infrastructure. 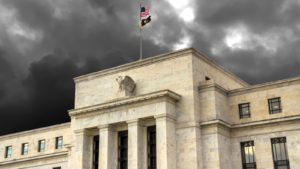 The FSR announced that Federal Reserve Banks will adopt the ISO 20022 message format for its Fedwire Funds Service. In doing so, the Federal Reserve will be able to transition toward the payment ecosystem of the future. This established global language for payments messaging is already in use in more than 70 countries. The hope is that ISO 20022 will become the global standard for large-scale payment systems of reserve currencies, handling the vast majority of such transactions worldwide.

Having one centralized language for global payment flow seems like a good idea. The fact that this language is more flexible, and in many ways better, than the existing infrastructure is also a great thing for central banks. The FSR is targeting a single-day migration for November 2023. Thus, we’re about a year away from having the global payments infrastructure disrupted as we know it.

Crypto investors may look at this announcement and think — if central banks are upping their large-scale money transfer infrastructure, isn’t that a bad thing for cryptocurrencies? After all, the hope that crypto would one day overshadow the fiat monetary system is likely hurt by such an announcement.

Let’s dive into why this may, or may not be, the case for crypto investors.

Why Does ISO 20022 Matter for Crypto Investors?

Cryptocurrencies are inherently decentralized. Outside of the government purview, investors can trade assets in an opaque manner. While great for those who value privacy, these systems are also difficult to regulate.

Accordingly, the idea of cryptocurrencies being used in a centralized manner by global central banks or large financial institutions is one that’s up for debate in the crypto world right now.

While many of the earliest cryptocurrencies were designed with the specific intent of avoiding such centralization, certain cryptocurrencies are actually ISO 20022 compliant. This means that, should the FSR decide to allow digital reserve currencies, these could be among the options considered.

Among the crypto tokens compliant with ISO 20022 are the following:

Indeed, investors bullish on the potential integration of crypto into the global central banking system may want to give these cryptocurrencies a look.

What ultimately comes of this update for crypto investors remains to be seen. However, this update is generating a lot of discussion in the crypto world right now, for good reason.

On the date of publication, Chris MacDonald did not have (either directly or indirectly) any positions in the securities mentioned in this article. The opinions expressed in this article are those of the writer, subject to the InvestorPlace.com Publishing Guidelines.

The post What Is ISO 20022? And Why Does It Matter to Crypto Investors? appeared first on InvestorPlace.