"It bothers me a lot that there is no bralette for women with only one breast," one user told Karen Tinajero, and since then she has had a special line for this type of body.

By María Arcia October 11, 2021
This article was translated from our Spanish edition using AI technologies. Errors may exist due to this process. Opinions expressed by Entrepreneur contributors are their own.

All of us have felt tired at some time, from college, from work or from our daily routine, and they say that trying new activities when this happens helps us to have a better perspective of the things and situations that exhausted us in the beginning.

In a context similar to the one I just described, Karen Tinajero wanted to try and learn something new. It occurred to the young woman that this new activity could be to sew bralettes to her measure and to her liking.

For those who do not know what a bralette is, it is a feminine garment that combines the elements of a traditional bra with the shape of a sports top or 'crop-top'. They do not include rigid rods or fillers.

What the young woman, with a degree in Nutrition, did not think is that this secondary activity would become her main business, La Bralette, that would lead her to a tank full of sharks (or investors), and that, in addition, it would encourage women to love and feel comfortable with your body.

“It all started when I was studying nutrition at university, I was almost finishing my studies and that was when this occurred to me, I said to myself: 'I want to dedicate myself to this and not to nutrition', but I did finish my degree,” says Karen Tinajero in interview with Entrepreneur in Spanish .

The specialist in the subject of making garments is Karen's mother, however, the fact that she did not know how to sew did not stop her, and although a matter of time   made the young woman never agree with her mother to teach her, YouTube was her best ally at that time.

After creating her own bralette and showing it to her friends, Karen began to have a demand from close people, this would encourage her to create an Instagram , go to sell in bazaars, and later to develop a website to offer her products.

As a process of spontaneous generation, La Bralette began operations at the entrepreneur's home, where her mother would join her in the production area and her brother, Diego Tinajero , in the operations and sales area.

“I was integrated with Karen from the beginning, when I went to bazaars I accompanied her to set up the stand and helped her with sales even though she did not know about sizes… Once I used La Bralette as my entrepreneurial project at university and from there it was that I started to get involved when she required it ”, says Diego Tinajero.

The business that started with an investment of 100 pesos, curiosity, the desire to feel comfortable, and try something new has already achieved sales of over one million Mexican pesos. So far, it has had a constant growth and they already have other seamstresses and a workshop. La Bralette produces custom made underwear for all body types.

"It bothers me a lot that there is no bralette for women with only one breast." Once Karen received an extensive message on her Instagram tray, it was about a girl who had lost a breast and did not want to rebuild, so she started looking for options for one-cup bralettes, however, her search was fruitless.

"Thank you for telling us all this, in reality no one had ever approached us like this, but of course we can do what you want, that is, what you are looking for", was the response of the entrepreneur to the message.

Since then and with the help of that user, La Bralette has made women's underwear 'unichichi' or with a single cup for those women who have lost a breast due to mastectomies as a treatment or prevention of breast cancer.

Let us remember that October is the month of Breast Cancer Awareness , this with the aim of promoting early detection and with it the appropriate treatment to increase survival and reduce the negative effects of this disease.

Regarding the month of October, Karen's brand is selling t-shirts with the legend " Love your chichis " (love your chichis) with the aim of donating a percentage of the profits to the Salvati Association , which wants to provide a comprehensive program of health and education to patients and relatives of people who suffer from breast cancer.

Karen and Diego came to Shark Tank México that airs every Friday at 9:30 p.m. on Canal Sony , asking for one million pesos for 20% of the company. 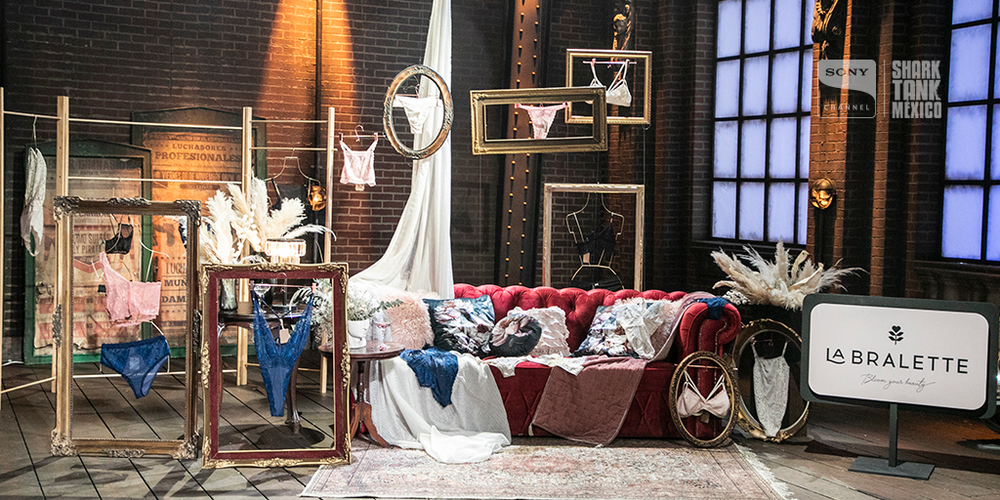 "This was a challenge, to challenge ourselves, to show our product to very important people in the country and have them see us nationally or even internationally," says Diego.

The entrepreneurs managed to get the mentorship of Marcus Dantus , Marisa Lazo , and the investment of Alejandra Ríos . Now, they will seek to improve their delivery times, grow and employ more people.

"We would like to employ more women, reduce our delivery times, position ourselves as a brand, and be able to reach more women of all body types," concludes Karen.