It May Take Time, But Meta Materials Stock Will Decline in Price

InvestorPlace - Stock Market News, Stock Advice & Trading Tips Dilution and disappointment will ultimately push MMAT stock to a price more in line with its underlying value despite its...

By Thomas Niel October 14, 2021
This story originally appeared on InvestorPlace

With shares moving up following the acquisition of Nanotech, is it time to buy Meta Materials (NASDAQ:MMAT) stock, ahead of its revenues taking off? Not so fast. It’s still down big from the high prices it hit when it first appeared on the radar of meme stock investors. But at $5.31 per share, this smart materials play is still trading at a valuation built on hope and hype, not on its current results. 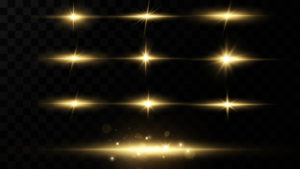 For now, it may be able to sustain its rich valuation. That is, a $1.4 billion market capitalization, against the few million in sales the combined Nanotech/Meta currently generates. With buzz around its ability to see its business scale up, many may see paying today for tomorrow’s growth as a move worth making.

The problem is that giving this situation a closer look, it’s tough to see how this stock could hold steady from here, much less move higher. It’s going to need plenty of cash to turn its plans into reality. This points to heavy shareholder dilution in the future. Also, many of its smart materials products are still in their early stages. There’s a high chance it fails to turn its proposed products that can generate hundreds of millions, or even billions, worth of sales.

With this, a gradual decline in its share price seems likely. Why? It’ll either move lower due to shareholder dilution or from investor impatience as it fails to live up to high expectations.

MMAT Stock: Big Potential More Than Baked Into Its Valuation

I may lean bearish on Meta Materials, but I won’t try to deny it has big potential. The company’s metamaterials, or materials fabricated with electromagnetic properties, can be used in a wide variety of products. There are many products it’s already developed with this technology. Products include Nanoweb, its transparent conductive film, and ARfusion, its line of augmented reality glasses.

But what’s likely making investors willing to value MMAT stock at a rich valuation is its proposed products for the healthcare space. Throwing around big numbers like a $15 billion total addressable market for a non-invasive diabetes monitoring product known as Glucowise, Meta has spun quite the narrative for itself.

It’s a narrative that implies that it’s just years away from generating hundreds of millions, or even billions, in sales. This is all well and good, but having big plans is just the first part of the equation. The ability to execute on those plans is necessary as well.

This is where the concern comes in with Meta Materials. What it needs to do to turn its plans into reality could come at the expense of shareholders. Not only that, the timeline between now and when its sales (possibly) take off could be too long to keep its current investors happy, putting pressure on shares as they cash out.

What Could Make Shares Sink Gradually Lower From Here

As my InvestorPlace colleague Mark Hake wrote on Oct. 11, one of the biggest problems with MMAT stock is the company’s dwindling cash position. After the Nanotech buy, related acquisition costs and cash burn from its existing operations, the company’s war chest has dropped by more than 50%, from $154.6 million, to around $75 million.

This small cash position helps to make the case why shares are richly priced at today’s prices, and it also shows how under capitalized Meta Materials is right now if it intends to grow its operations to a size in line with a valuation of around $1.5 billion. To make progress with its smart materials products, it’s likely going to need to raise more cash.

Given it’s raised cash from dilutive secondary offerings before, chances are it’ll do so again. This is bad for investors. Cutting the pie into more slices, as I like to put it, reduces its underlying value per share, and limits upside potential.

Also, Meta Materials is still far from hitting big success with its products. In the months or year ahead, if it makes little progress with its efforts, investors still holding it today could give up on it. Along with downward pressure caused by dilution, an extended decline seems likely for this stock.

In contrast to how it performed after its June meme stock rally, another epic drop may not be in its future. But between possible dilution and disappointment, a steady slide in prices seems very likely here.

Given the chances it falls to a lower price more in line with its true underlying value, it’s best to stay away from MMAT stock.

The post It May Take Time, But Meta Materials Stock Will Decline in Price appeared first on InvestorPlace.