InvestorPlace - Stock Market News, Stock Advice & Trading Tips The Kishu Inu crypto is the newest (old) member of the pupcoin frenzy. Will it be able to pass its...

By Samuel O'Brient October 19, 2021
This story originally appeared on InvestorPlace

As if the pupcoin frenzy wasn’t complicated enough, another name has added itself to the pack, one that first started garnering attention in May 2021. The past several months have seen this name — and its leader Dogecoin (CCC:DOGE-USD) — struggle to stay afloat. However, thanks to the rises of Shiba Inu (CCC:SHIB-USD) and newcomer Floki Inu (CCC:FLOKI-USD), the pack is back today and working hard to demonstrate that it’s here to stay. This type of hype has allowed another pupcoin to once again stick its head out of the dog house. Remember the Kishu Inu (CCC:KISHU-USD) crypto? It’s back and ready to roar. 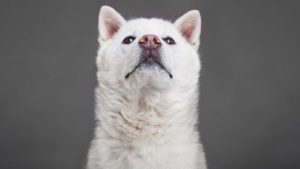 Kishu Inu Crypto Is Back

“The Kishu Inu crypto has reached new highs and is now showing its stuff as trading volume rockets,” announced InvestorPlace’s Brenden Rearick in early May. At the time, the token was betting on becoming the next crypto sensation, essentially setting its sights on accomplishing what we’ve seen this fall from Floki Inu. Months later, though, the Kishu Inu crypto is mounting an impressive comeback.

At the time of Rearick’s article, Kishu was trading at $0.00000001 apiece although some experts indicated that it could rise significantly in the years to come. As of this writing, prices are up nearly 25% over the past 24 hours. And despite some downticks, the token has been mostly in the green for the past week.

The team behind the token describes its as “community-focused, decentralized cryptocurrency with instant rewards thanks to active users,” which again conjures to mind images of Floki Inu and Shiba Inu. Every Kishu transaction generates a 2% reward for holders. It can be purchased on Uniswap (CCC:UNI-USD) and Gate.io but also on smaller exchanges such as OKex, 1INCH (CCC:1INCH-USD), Poloniex and BigONE.

The lesson here is in market momentum. The pupcoin frenzy has taught us that crypto token sensations are nothing if not unpredictable as investors have marveled at and adjusted to the rises of Shiba and Floki while Dogecoin has raced to cover the ground it lost since its first rise of 2021.

The Kishu Inu crypto disappeared from the conversation when DOGE began losing momentum, but the token didn’t go anywhere and now it’s working overtime to make up the ground it lost. Now that the competition has increased, though, it will be interesting to see how Kishu performs opposite Floki Inu, a token that was launched more recently. The Floki team has just announced that the token will be seen on major TV networks across the U.S. through the holiday season. That type of hype might be tough to match.

Now that Kishu is back, investors should certainly be watching to see where it goes from here. It will likely rise as long as the pupcoin frenzy continues, the question is just for how long and to what extent.

3 Industrial Stocks to Buy in December

Are you ready to be a Hero Company? Participate in the second edition of the International Business Happiness Ranking