By Nicolas Chahine October 22, 2021
This story originally appeared on InvestorPlace

The price action on Wall Street has been wilder than it needs to be. Perhaps this is because investor sentiment is as fickle as it could be. I don’t blame the experts for changing their opinions, it’s likely the byproduct of the current macroeconomic conditions. Everything is new, and we have never had these circumstances in modern history. Therefore, it’s not surprising to see equities like Clover Health (NASDAQ:CLOV) stock act as crazy as they do. I will start with a spoiler alert that I’m a fan of holding it for the long term. CLOV stock is not as fake as some opinions out there make it out to be.

The company offers real services and has real clients. Most importantly, the government feels comfortable enough to do business with them. They continue to enter new states, so I will leverage that notion into trading conviction. I don’t need to be an expert in the field, nor do I need the experts’ opinions.

On Wall Street they say “don’t fight the tape,” this is a version of it. The company is in business and is earning a living at it. Moreover, the revenues are growing at a rapid pace. The rate grew ten times from last year to this, albeit it’s too early to call it a trend. The fundamental metrics are not very useful at this point, but they still tell a decent story. There isn’t enough history, so it will need more time on that front.

Value Is Not a Problem

This is not a cheap stock, so I won’t argue the value aspect of the bullish thesis. But it’s also not an outrageously expensive proposition either, as long as the growth continues. The debate is always fiery when discussing CLOV stock. We’ve even seen billionaires duking it out on TV about it. Of course I’m referencing billionaire investor Chamath Palihapitiya.

He brought Clover Health to market via a special acquisition corporation. It doesn’t help that the whole cohort of SPACs is under scrutiny. This is because a lot of them have much more hype than substance. Almost all of them have had massive spikes before completely collapsing to the $10 zone. Sure enough, that is what happened to CLOV stock. 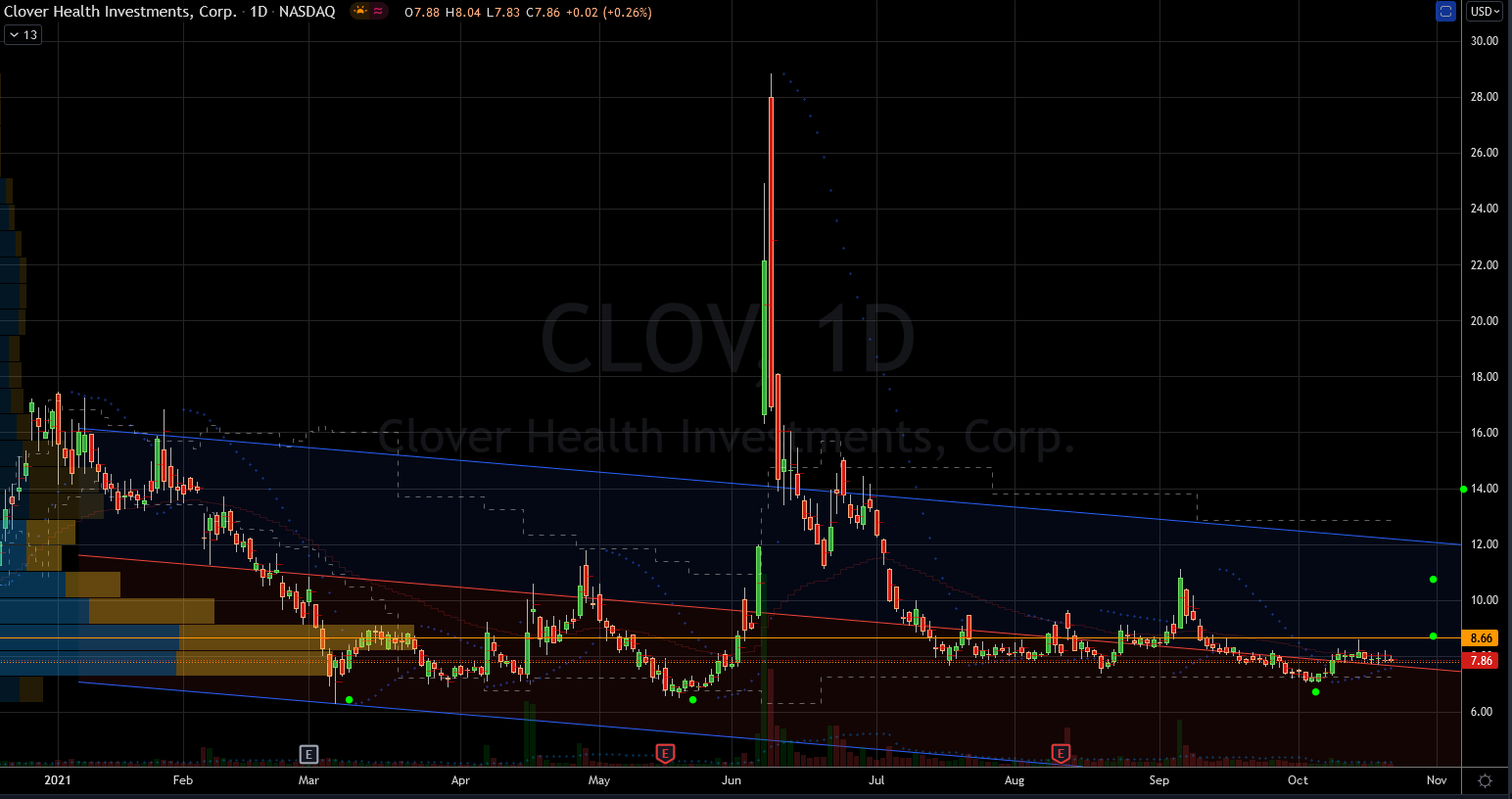 After exceeding $28 per share in June, it lost 75% of its value earlier this month. There is an ongoing rally now but it is too early to declare success. Until then, the investment in it remains highly speculative. Luckily it is low enough that investors can place relatively small bets. They are not harmless, but at least traders can keep trade size appropriate. As such, I would also add that it would not be smart to average down in it.

Usually when I have this much doubt in the outcome, I set aside an amount I’m willing to lose. If CLOV stock price goes against me, I would simply close it for a loss. Investments occasionally don’t work out. No one is foolproof, but we can avoid the easy mistakes. This situation is not an obvious financial disaster in the making.

The super-spike risk still remains since the Reddit gang is still at it. CLOV stock is also still part of the tickers liable to do that. While this is not part of my investment reasons, it’s nice to benefit. I wrote about getting long the company before the June rally and that would have been an exit point. I favor trading around the price action even on long term strategies.